Home / Movie Reviews • Reviews / Killing Them Softly Blu-Ray DVD Review! Does Brad Pitt Have What It Takes In This Mob Thriller? 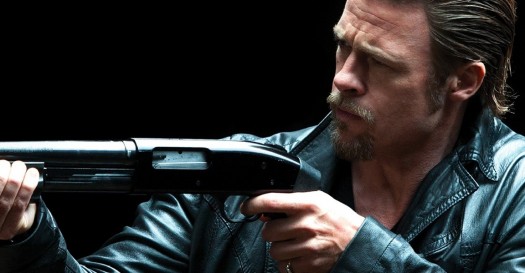 When you see the words Brad Pitt on any movie marquee, they come with their own set of baggage good or bad. Most moviegoers think of Mr. and Mrs. Smith, Thelma and Louise or Fight Club. The large scale films like the upcoming World War Z, are unavoidable. 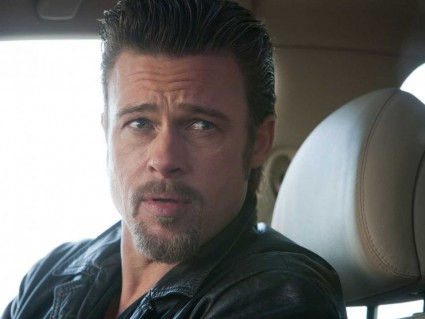 In Killing Them Softly, Scott McNairy is Frankie an ex-con trying to get his footing back but it’s 2008 and the economy is tanking. Frankie is pretty much out of options when Johnny Amato gets his eyes locked on a card game being held by mobster Marky Trattman played by Ray Liotta.

Frankie jumps in but right off the bat picks an accomplice who is addicted to heroin which of course makes him the weak link and puts everyone in the sights of Jackie Cogan played by Brad Pitt. Jackie is feared by pretty much everyone but known by only a few people. 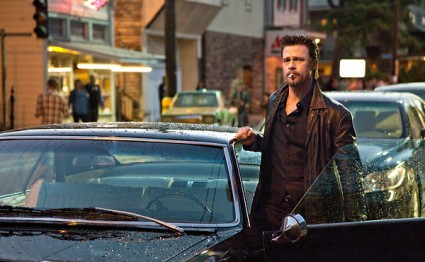 There is criminal and mob chaos all around him and even Jackie, a seasoned pro, is having a hard time navigating the waters of the criminal underworld.

The reason a lot of people passed on Killing Them Softly and why people are as divided as they were over Andrew Dominik’s previous film, is that there isn’t a lot of action in the film. Or any action really, but that doesn’t make it any less of a crime thriller. Once you get into the plot, you’ll find a rumination on politics, crime, life and even the sociological aspects of people and our place in the world. 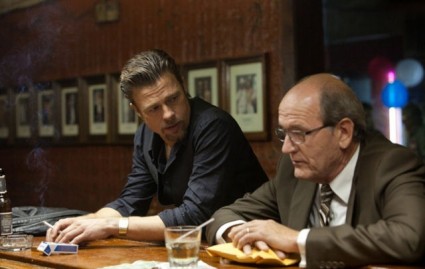 Wow, not an easy plate to digest. And yes, Killing Them Softly does at times tend to be a bit preachy and there are times when the point isn’t just heavy handed, it’s slammed against your head with a cinderblock. Still, it’s a fascinating study and an interesting film.

I will mention that the style of the film tends to overwhelm the message, at times a tense conversation becomes a way to be overly arty which doesn’t suit the plot. It only makes the film less organic and at time becomes indulgent. Generally speaking, these devices are interesting, yet after thinking about it, I just feel like they are not relevant.

The actors are all top notch, Brad Pitt once again develops an interesting character just like he did in Moneyball. He navigates Tatantino-esque dialogue with ease. Richard Jenkins who is becoming the go to character actor these days is a great foil for Brad Pitt.

All in all, Killing Them Softly is a unique and interesting film that is very much worth a spin. It’s the thinking man’s mobster movie and honestly I can’t think of a better compliment. 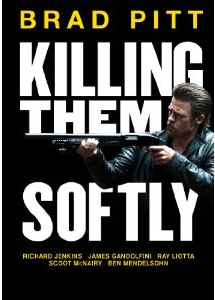 Killing Them Softly is out now on DVD and Blu-Ray!