Basing a film on a graphic novel series seems to be all the rage these days. It seems like every property you see is “based on…” or has it’s roots in comic books. Some of these origins have worked out great, while others have fallen a little flat. What casual moviegoers don’t always understand though, is that comic books, I mean graphic novels are not always about average guys who inherit a superpower or get a fancy suit. Graphic novels are a new art form. 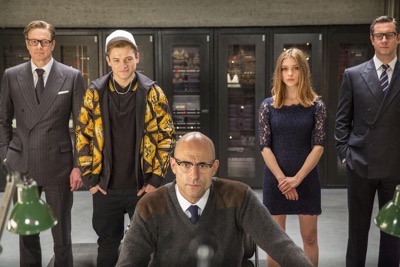 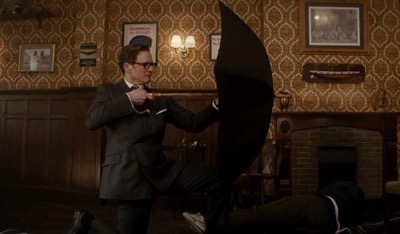 In 1997, a young agent in training dies during a mission. The man in charge of the mission is Harry Hart (Colin Firth), he visits the family of the fallen agent and gives them a pendant and says to call the number on the reverse side if they ever need a “favor.” Many years later that fallen agents son, Eggsy (Taron Egerton) is self destructing and gets himself in a bit of a self imposed bind. He calls the number and meets up with Harry. 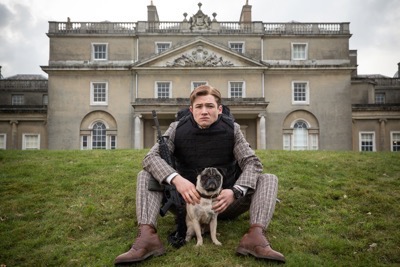 In the meantime, a semi-famous scientist, James Arnold (Mark Hamill, in a funny cameo) is kidnapped, then rescued by a Kingsman (Jack Davenport) who gets sliced in half by a “enhanced” spy Gazelle (Sofia Boutella). In walks multibillionaire and arch-villain Richard Valentine (Samuel L. Jackson) who takes Arnold with him. 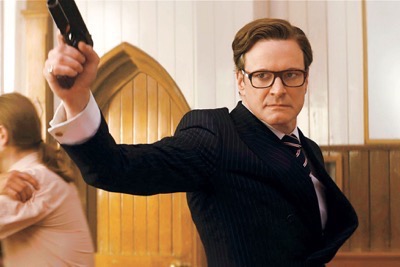 Eggsy, is having a rough go of it at home and his station in life could be classified as lower class. His mother has taken up with an abusive man, who threatens Eggsy time and time again. Eggsy and Harry are having a pint, and when his step brothers come in… It turns into a venerable fight, which leaves Harry standing and the brothers on the floor. This introduces Eggsy to the Kingsmen and all their gadgets. 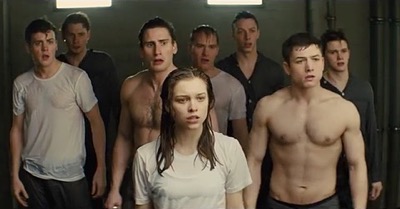 Eggsy becomes a new recruit and heads into Kingsman training. He learns how to fight, gets a dog to care for and learns what teamwork is. He doesn’t make friends easily but goes buddy up to one recruit Roxy (Sophie Cookson) who takes a liking to Eggsy’s humble and rough ways. They get trained by Merlin (Mark Strong) who attempts to shape them and the head of the Kingsman Arthur (Michael Caine).

Eventually Valentine’s full plan starts coming to fruition. He gives out free wi-fi and cell phones to the world, which in turn will emit a frequency causing everyone to become violent and kill each other whenever he feels like it. 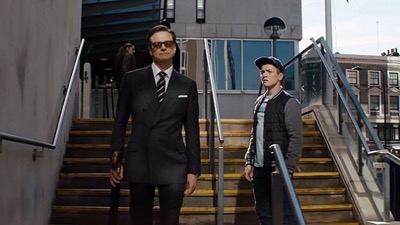 It’s hard to balance all these tonal shifts and one can surely nit pick that Kingsman: The Secret Service, isn’t able to do it fully, however I thought the film was so well executed it didn’t matter. It was funny, action oriented, and the casting was perfect. Samuel L. Jackson took a chance on a role that called for him to have a lisp and play against type. He was a revelation as was Colin Firth as a bad ass. Yep, I just typed that sentence. Colin Firth as a bad ass. 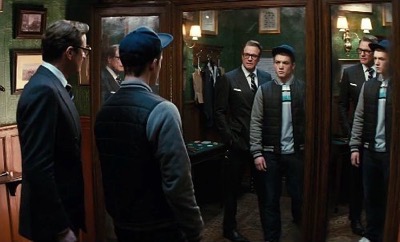 As Eggsy, Taron Egerton brought enough vulnerability to the tough exterior of his character that you really cared what happened to him, and you wanted him to succeed in his quest. I thought the scenes at the school were so well done and by casting Eggsy as the outcast we as the audience were able to relate to him in this new “spy-esque” world.

The real unsung hero of the film is director Matthew Vaughn (Kick Ass, X-Men: First Class). He’s becoming the go to director for genre filmmaking. After he did such a great job with X-Men:First Class I was wondering what he was going to do as a follow up. He really brought all his technical skills and understanding of the comedic, action, and spy elements. In lesser hands, this film would not have worked. 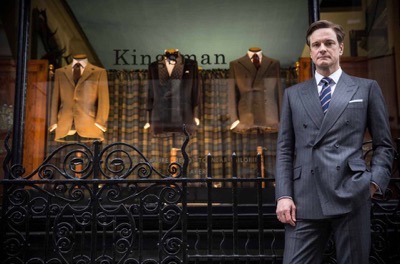 Kingsman: The Secret Service arrives on Blu-ray in an excellent transfer. The film bounces from location and there is little to no picture loss. The colors are bright but the real advantage is the fine detail you can see in the picture quality. The detail is especially apparent in the action sequences. They look stunning in high definition. 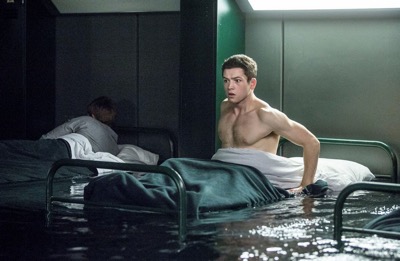 Kingsman: The Secret Service Revealed, which is six featurettes focusing on different aspects of the film.
Panel to Screen: The Education of a 21st Century Super-Spy
Heroes and Rogues
Style All His Own
Tools of the Trade
Breathtakingly Brutal
Culture Clash: The Comic Book Origins of The Secret Service

There are also three galleries and the original trailer. 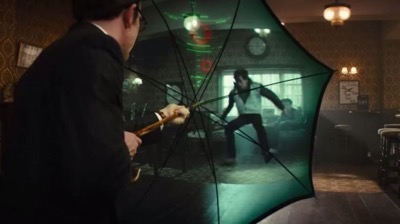 Overall, I think you’ll really get a kick out of Kingsman: The Secret Service. It was such a surprise and a lot of fun. I ended up falling in love with the characters and I think that you will really love it if given the chance!

Kingsman: The Secret Service is out now on Blu-ray!