Just as I mentioned with my earlier review for The Birdcage, films are like a snapshot in time. What was once shocking or groundbreaking years ago, now seems like an everyday fact of life. It’s hard to imagine then in 2002 when Kissing Jessica Stein premiered in theaters, people weren’t used to a romantic comedy that starred two women. 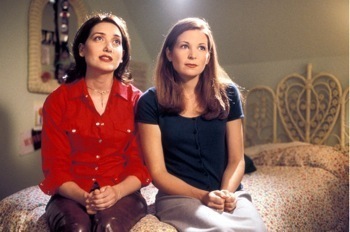 Today, no one would think much of it, with television shows like Buffy the Vampire Slayer, Will & Grace, etc… and films like Go Fish, so called alternative lifestyles have in fact become par for the course. Not that it’s not refreshing to see a romantic comedy that doesn’t star a man child trying to grow up while hating/loving an uptight career woman, but it’s just not the shock it once was. 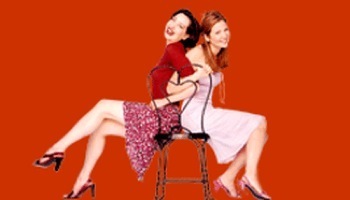 Jessica Stein (Jennifer Westfeldt) is a copy editor in Manhattan, she’s pretty, glamorous and her professional life is on the right track, her romantic life however, is decidedly less so. She has an endless string of male suitors who she can’t seem to get past. Frustrated, Jessica decides to respond to a ad placed in the personals section but placed by a woman.

The author of the ad is Helen (Heather Juergensen), she’s slightly older than Jessica and bi-sexual. Helen runs a successful art gallery that seems to be happening place to be in New York. The plot is surprisingly standard romantic comedy territory, Jessica has an overbearing Jewish mother (Tovah Feldshuh) and her boss Josh (Scott Cohen) clearly has a crush on her. Apparently, everyone loves Jessica. 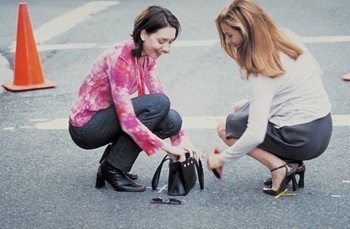 Jessica does have qualms about getting into a relationship with another woman, it’s here where the movie really takes a foothold. Helen is very self assured and calm where Jessica is emotionally all over the place. Both Juergensen and Westfeldt (Who co-wrote the script) have a great report and play well off each other. It’s their relationship that the film hinges on, the emotional complexity of any romantic entanglement is hard let alone one that deals with issues of sexual identity. 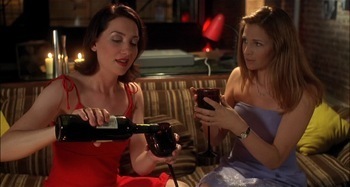 The main thing I liked about the movie, is that coming out of the closet is treated as a normal part of life, and not really a huge deal. In reality, that’s not always the case clearly, but it’s nice to see in a film released in 2002 can see that one day hopefully it will be an easier undertaking. 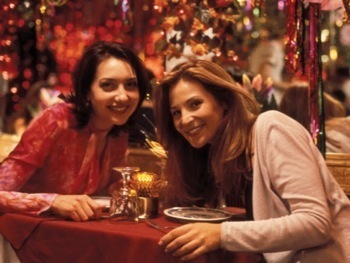 Kissing Jessica Stein arrives on blu-ray and while it’s always great to see older movies on high definition, this transfer isn’t the best I’ve seen. It could very clearly be the fact that the film was a low budget independent production. The deep blacks are often not rich and instead are a little muted. It’s still very much an upgrade from a standard DVD release, but it could be better.

I’m happy to report that Kissing Jessica Stein comes to blu-ray with more special features than other catalog titles. There are over 24 minutes of deleted scenes. They come with optional commentary by Heather Juergensen and Jennifer Westfeldt and are worth checking out. There is also a featurette called The Making of Kissing Jessica Stein, fairly standard EPK stuff, but I still love seeing things like this. There are two audio commentaries one with director Charles Herman-Wurmfeld and cinematographer Lawrence Sher. It’s good, with a lot of behind the scenes stories of the shoot. 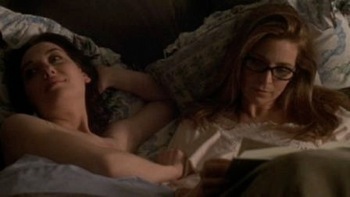 The second commentary is with Heather Juergensen and Jennifer Westfeldt. It’s a really good commentary track and goes into a lot of detail that the casual movie goer wouldn’t even think of. Such as screening process, finding backers, etc…

Overall, I really enjoyed Kissing Jessica Stein, it’s not in your face but portrays the coming out process as a natural fact of life. Some people are gay. I also like the fact, that the usual gay stereotypes are not portrayed. It’s a very cute film and I recommend checking it out.

Kissing Jessica Stein is out now on blu-ray! 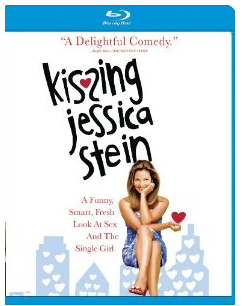