James had some amazing success and one giant fail! In one day he was able to meet Kristen Wiig, Russell Brand, Jessie Eisenberg and three fails in one day for Steve Carell! Doh! Come on now Steve!

Don’t forget to check out James blog and his full report below!

A Crazy Day in London!

I say a crazy day, but it’s actually been nine crazy days. However, minus an awesome trip to Newcastle for the European Team Athletics Championships over the weekend, this day is by far one of the best I have had in quite a long time! So, here’s how it went.
Thursday

A couple of days earlier, the lead singer of one of my favourite bands (Roy Stride of Scouting for Girls) tweeted to say he would be pre-recording an interview at the BBC, so I decided I had to go along. However, as time went on, more and more names were added to the guestlists at different BBC radio stations over the day, leading to a rather excited James. I arrived at the studios just before 11am, and within 5 minutes, star of Luther, Good Cop and Hollyoaks Warren Brown came out, and kindly signed an index card and posed for a photo with me. 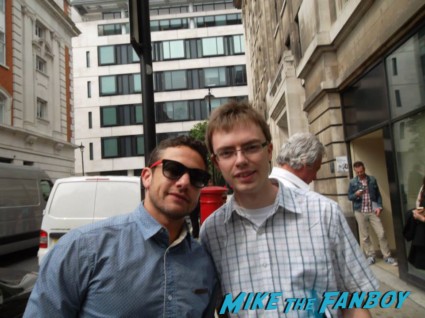 Next to turn up was comedian and star of films including St Trinian’s, Forgetting Sarah Marshall, Despicable Me, Get Him To The Greek, Arthur and Rock of Ages, Russell Brand. Russell was in a hurry when arriving, “signing” two autographs in total, one being for me. I say “signing”, it’s not a signature at all, as you can see below.

(Editor’s Note: It’s Very similar to the ones I got when I met him at a play here in Los Angeles, and at the Rock of Ages premiere! M-) 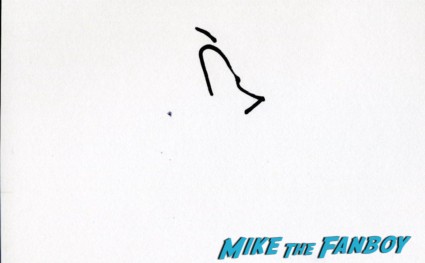 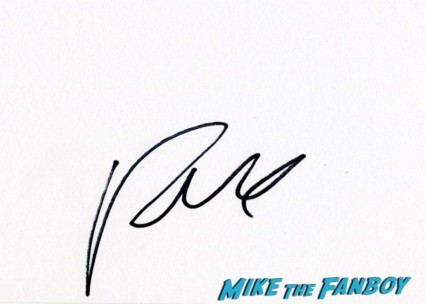 However, leaving, he signed a few more, and I managed to get a better signature from him. Not as good as I got in his autobiography last year, but can’t complain! Sadly didn’t manage to get a photo with him.

Russell was followed by who I had come for, Roy Stride from Scouting for Girls, who kindly signed an index card and posed for a photo. I already have all my Scouting CDs signed, otherwise would’ve brought a few things to be signed. He was as lovely as ever, and recognised me from twitter. He was followed by presenter and singer Michael Ball, who signed a promo card for me. 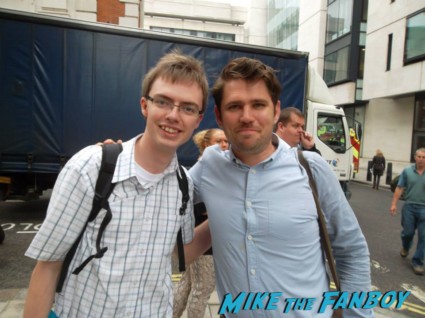 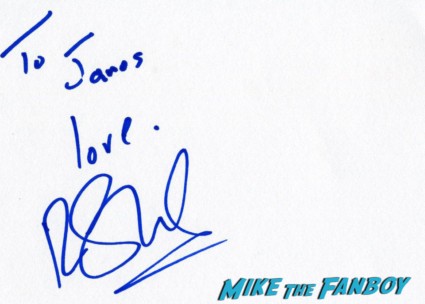 This was followed by a very pleasant surprise indeed, Jessie Eisenberg! I knew the star of The Social Network, Zombieland and Adventureland (a film I really enjoyed) was in London to promote Now You See Me with Isla Fisher, I had no idea he’d turn up to the BBC. He didn’t sign going in due to running late, but coming out kindly signed and dedicated an index card for me, and posed for a photo. Very happy! 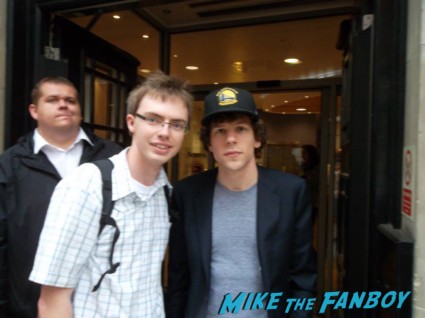 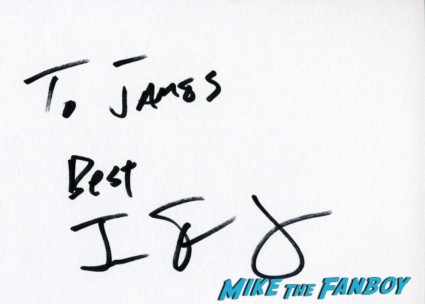 Jessie was followed by another surprise, the awesome singer Jack Johnson! Jack also signed an index card and posed for a quick photo with me before heading off to continue the promo trail around London. I really rate Jack as a singer, and was a nice surprise to meet him. 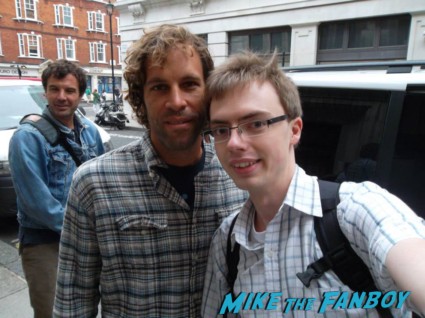 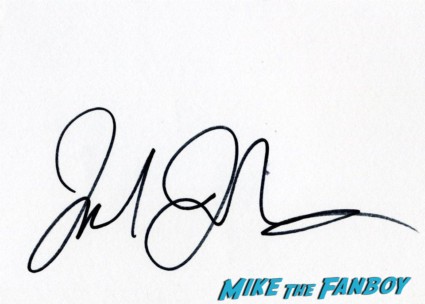 Headed around the corner to another BBC studio, where within 10 minutes I met another singer, Emeli Sande, who again I’m a fan of. She signed an index card and posed for a photo with me. A day of surprises! 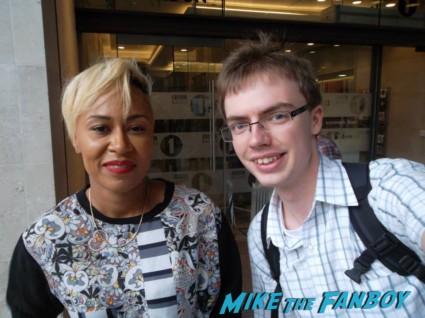 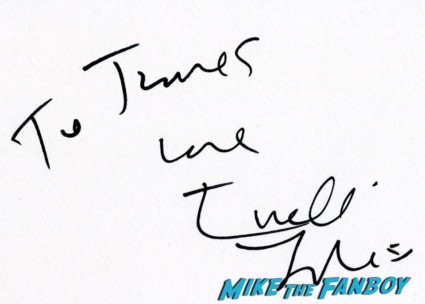 Joey Jordison of Slipknot arrived next out of the blue, and posed for a photo and signed an index card, 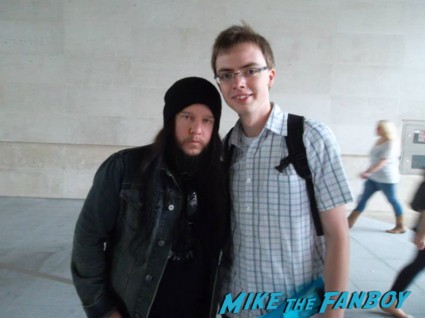 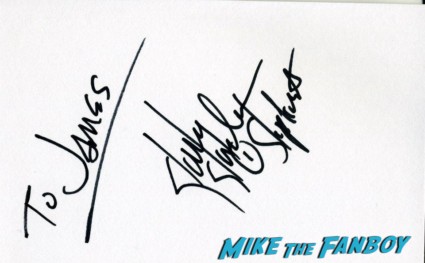 as did former Emmerdale actress Lorraine Chase. Still have no idea what either of them were promoting, but nice to meet them both anyways! 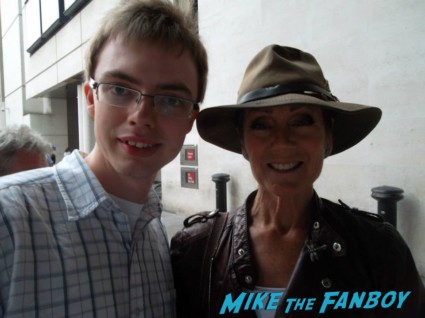 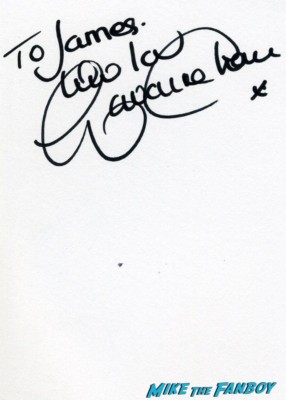 On the day that kept giving, another actress I really like turned up, this time Kristen Wiig, star of films including Bridesmaids, Adventureland (two stars in one day!), Paul, and of course Saturday Night Live. Kristen kindly signed my autograph book and even posed for a photo with me, despite her PA telling her to stop signing as she was running late! I love it when someone ignores their handler’s orders to stop signing! 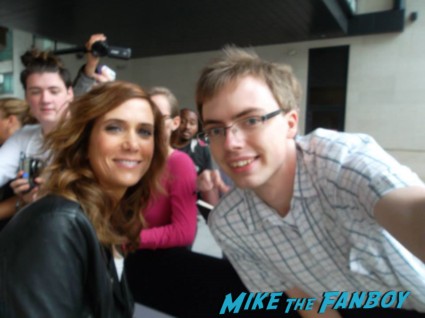 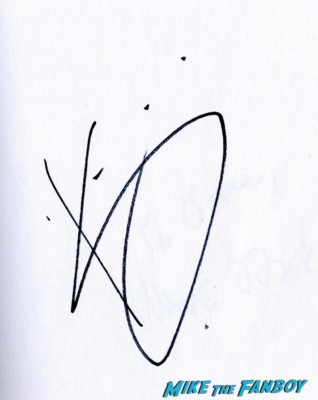 Kristen was followed by Radio 1 DJ and presenter Greg James, who signed a promo card and posed for a photo, 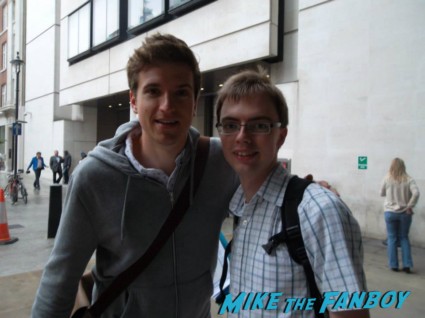 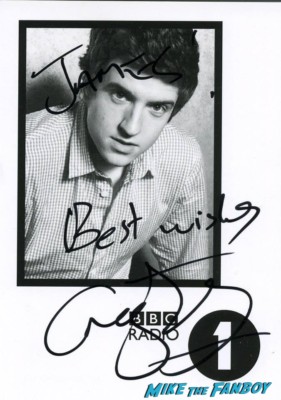 and Take Me Out presenter, Paddy McGuiness, who signed an index card and posed for a photo too. 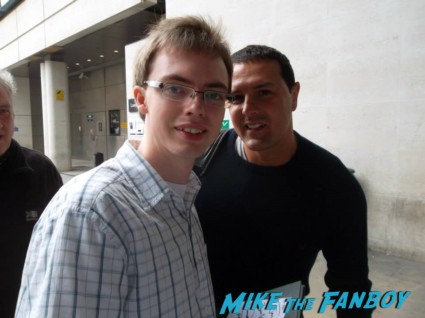 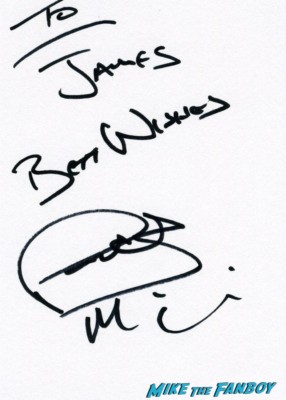 BAFTA Rising Star Award winner, and star of Kidulthood, Adam Deacon happened to walk past, so I got an index card signed and a photo with him. 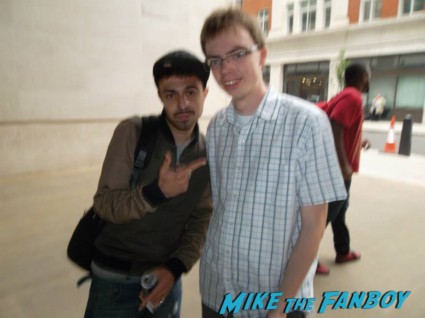 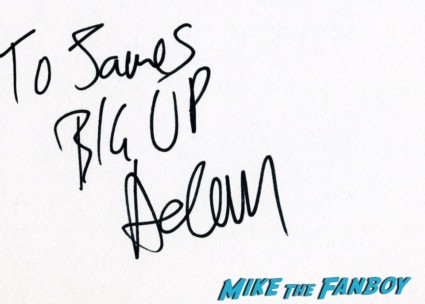 Next was another person I had been wanting to meet for a long time, oh, and still am waiting to meet; Steve Carrell. He arrived for an interview; didn’t sign. Left said interview; didn’t sign. Arrived for another interview at a different studio round the corner; didn’t sign. Then had his car drive into a garage when leaving so he didn’t have to see the fans waiting for him. Gutted, but after some of the stories I have heard, can’t say I am surprised. However, Disney actress and singer Bridgit Mendler was still in the studio, so I got an index card signed and a photo with her as she left. 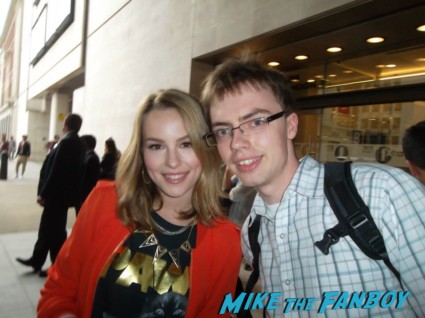 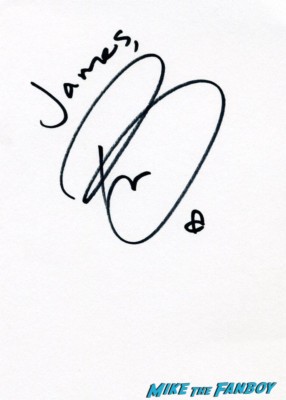 Despite a refusal or 3 from Steve Carrell, it was still a pretty epic day; Jessie Eisenberg, Kristen Wiig and Russell Brand in the space of a few hours is never a bad day!