I along with Anushika and half the collecting world headed down to try and meet them and Jessica Jones star Krysten Ritter. I love me some Krysten Ritter. She’s Gia from Veronica Mars for God sakes.

Shika got there earlier than I did and held the fort for a bit. I arrived and the line kept growing over time. 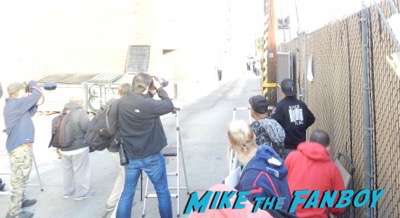 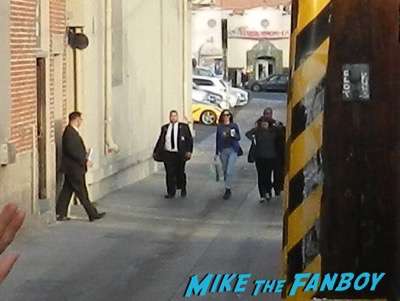 Robert arrived and waved at everyone, Chris arrived and didn’t acknowledge anyone. Wow… Happy Thanksgiving Cap. 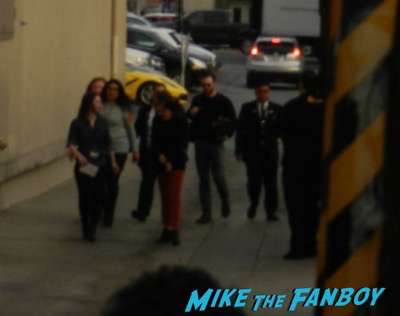 The weather was nice but it was getting mighty chilly. I had my Captain America: The Winter Soldier poster that Chris didn’t sign at the premiere. I also have my Iron Man prop amo box that Stan Lee signed as well.

For Krysten Ritter, I had my Jessica Jones poster and a poster from Don’t Trust The B- In Apt. 23.

Time was ticking out and finally we see Robert Downey Jr.’s car pull up to the door. We yelled for him clearly and he waved, bowed and got into his car and tore off. 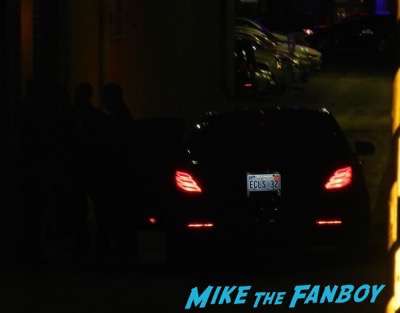 A few minutes later Chris Evans left and didn’t even turn to wave until he was at the door.

Then the awesome Krysten Ritter left. She was so sweet. she came down and signed for everyone. She signed both of my posters, did photos and was really funny and sweet. I do adore her. 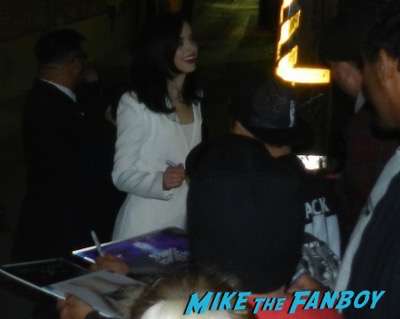 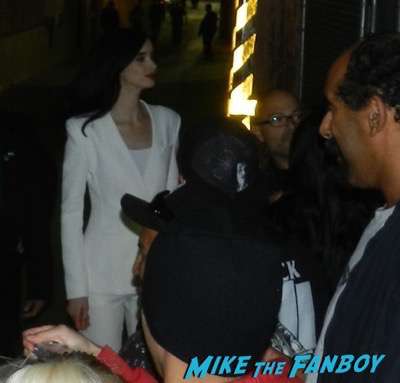 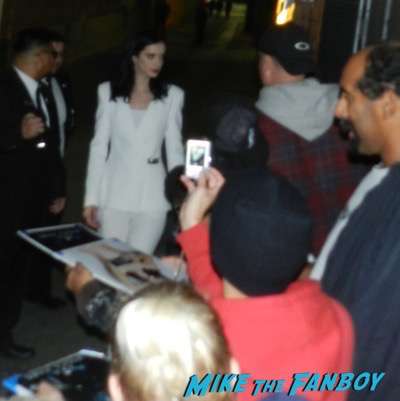 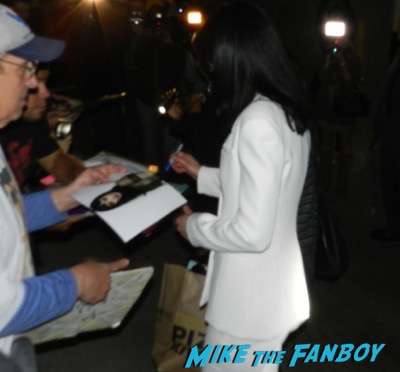 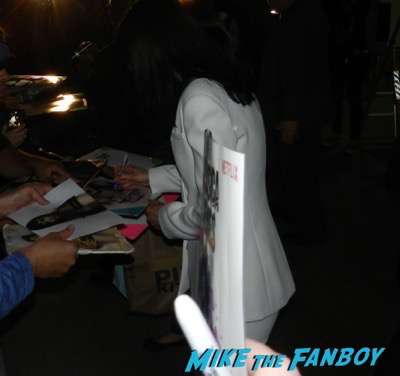 I would have come just for Krysten Ritter. She was really sweet. 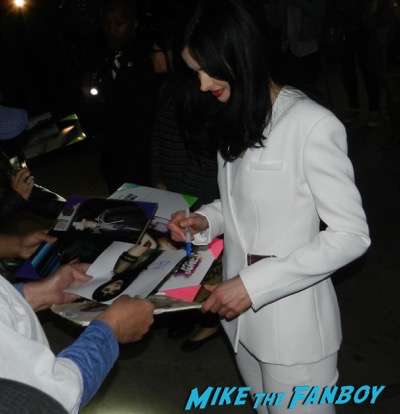 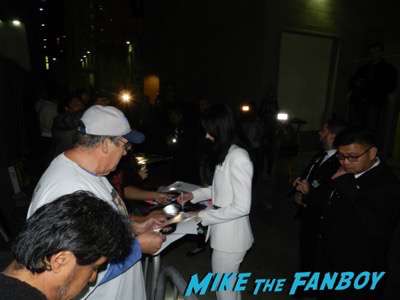 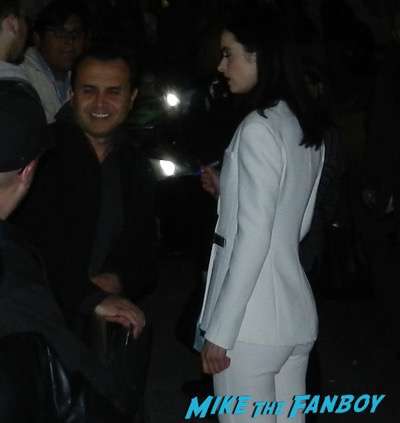 So, at least one person was nice right! 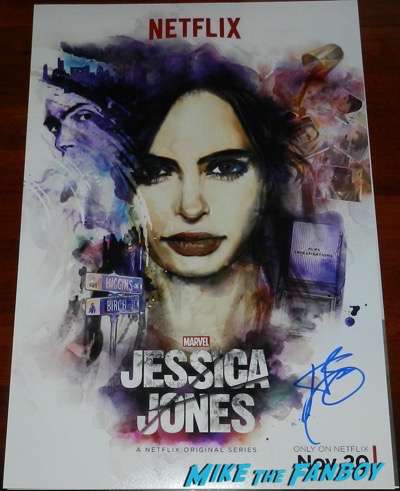 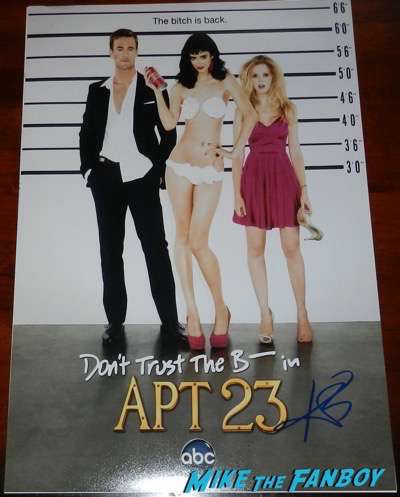