I think all of Hollywood turned out to try and get Hollywood legend Kurt Russell. I personally am a huge of his, Big Trouble in Little China, The Thing, Overboard, he really can do it all.

Kurt was out and about promoting his new entry into the Fast and Furious franchise and was at a talk show taping.

Now, I didn’t expect soooooo… many people to show up. Scotty, JM, and even Suddenly Susan made a cameo for Jack Burton riding the pork chop express.

Sorry, had to be done.

When Kurt Russell arrived he drove by the line, which was about 60-ish people. 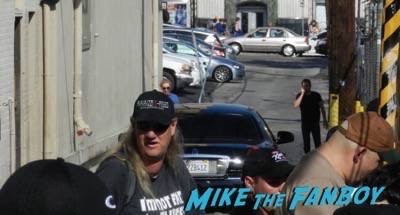 He waved and went inside. He had an interesting mustache. God bless you Kurt. 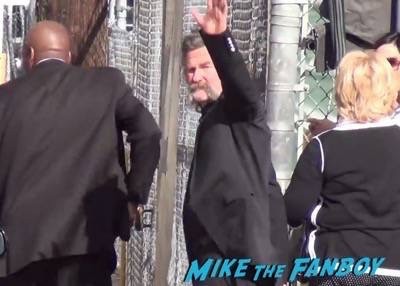 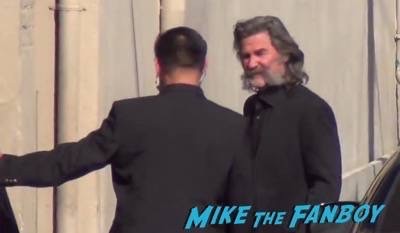 And so we waited. I honestly feel like it was just too many people for him to come down and sign, but you never know.

Scotty clutched his Fox and Hound original LP, I had my Big Trouble In Little China VHS promo take out food box. Sigh…

However, security got up and actually put up barricades! I was shocked! This gave me some hope. I mean, they tried to control the crowd, it would have been easy, etc… So you never know.

Then about 10 minutes later, out comes Kurt Russell. He waved and bolted to the car. 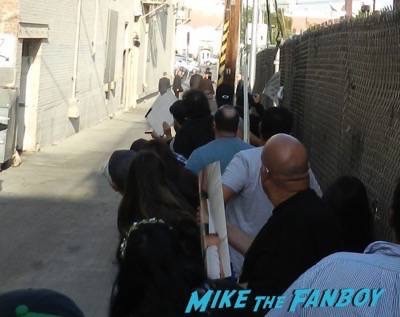 He did wave vehemently wave which was nice, but he clearly had no intention of coming on down. Doh!

Oh well… On to the next event.