I fully admit, I’m a huge fan of Kurt Russell. Growing up, his partnerships with John Carpenter were on constant rotation in my house. Add to that, his team up’s with Goldie Hawn and you have pretty much the recipe for my household’s viewing habits.

Everytime I hear that Kurt Russell is going to be out somewhere I try and make it a point to go. He’s been more prolific lately but in the past he wasn’t out as much.

Kurt was doing a q and a for his new film with Marky Mark, Deepwater Horizon… Does anyone else keep thinking that this is a sequel to 1989’s Deepstar Six? Oh wait they did it in 1989… It was called Leviathan. If you remember those films, that was really funny. If you don’t remember them… Well… Start torrenting.

Anyway, I found out last minute and headed out for Kurt expecting about 55 people to be milling about. Instead I saw only like eight people. What was happening? This can’t be Hollywood?

Indeed it was. Everyone was even lined up! What? WHAT! It must be the blood moon or some crazy supernatural feat out of Big Trouble In Little China.

Kurt’s car pulled up and he was just so nice. One of the collector’s asked if Kurt would mind signing and he was like, “Sure! No problem.” 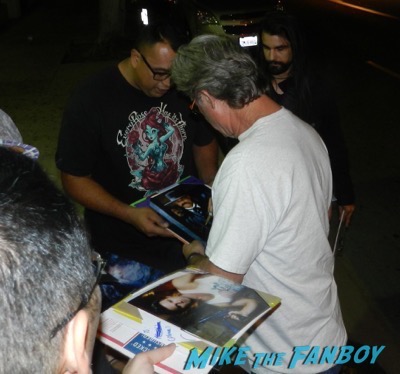 Everyone was cordial, it was calm, and it was a working gold pen. I mean… I don’t understand… How could this be so calm and simple. 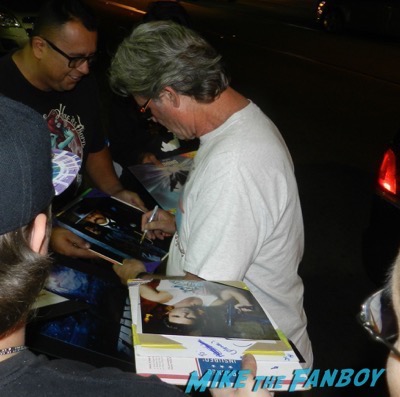 He made sure that he signed at least one for everyone and that was it. 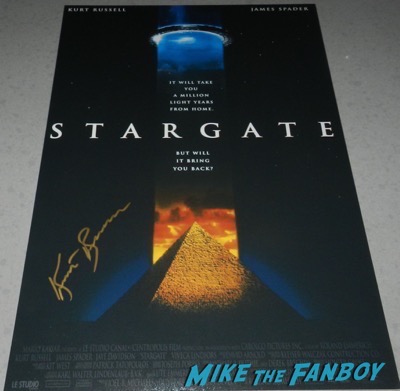 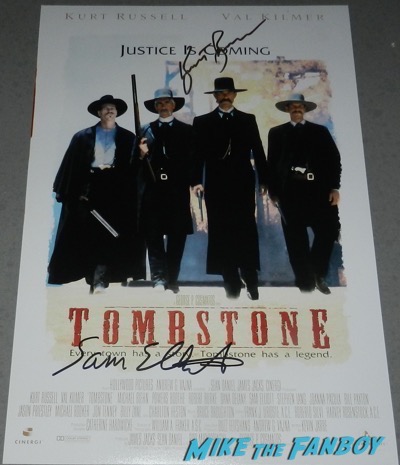 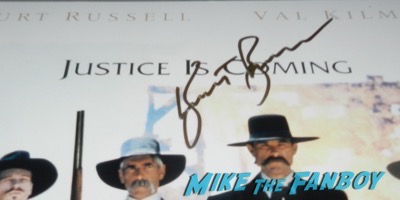