Origin stories have become one of the most used pieces of source material in the past few years. It seems like everyone from superheroes, to action stars and even the star of the top rated comedy series have been given origin stories. Some of these have fared better than others but the question I always ask myself is, “Does not knowing how something came to be, make the outcome more powerful?” Does knowing the “full” story make the overall character more interesting or does it take some of the power away from it? 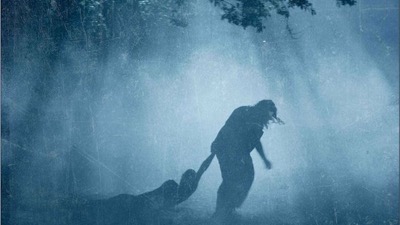 Horror has dipped its toe into the origin story genre and the new film Leatherface has just been released on Blu-ray. Based on the iconic character from The Texas Chainsaw film series, Leatherface takes a look at how the killer got his taste for blood. The Texas Chainsaw series started out in 1974 with the original film and now counts seven different films in the franchise. Some are considered cannon others (cough, The Texas Chainsaw Massacre: The Beginning) have apparently been cast by the wayside. 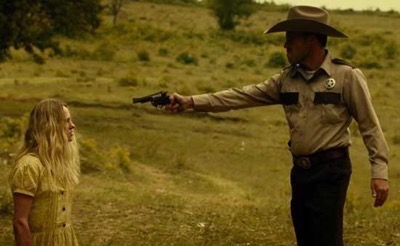 While I try to never put in spoilers… Here it’s tough because if you want to be kept in the dark about who eventually is Leatherface, it’s kind of already spoiled on the packaging. Just an FYI.

This version of Leatherface is kind of a rewrite of the history of the Sawyer family, so it’s best to go into the film with a clean slate. Jedediah Sawyer (Boris Kabakchief) is having a birthday party and his mother wants to commemorate the occasion by having good old Jed to grab the family chainsaw and start carving up some humans. I mean, what mother hasn’t said that to her prepubescent child? Jed, however isn’t quite up to the task and his mother Verna (Lili Taylor) is miffed. 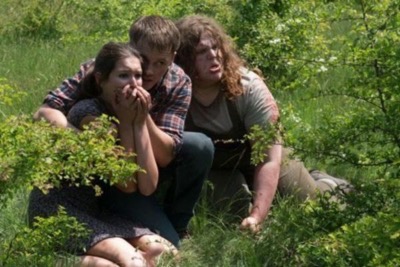 The murder happens anyway with Jed helping out if not doing the main part of the killing. The victim happens to be the daughter of a Texas Ranger named Hal Hartman (Stephen Dorff). This obviously doesn’t sit too well with Hal and he toys with going to the dark side himself.

Jed now a little bit more grown up and played by Sam Strike. He’s been taken from his murderous family and put into an institution. That doesn’t last long because Verna breaks him out, slaughters a few people and they head off into the sunset. Jed now has a band of former mental patients killing people across the country in various and bloody ways. 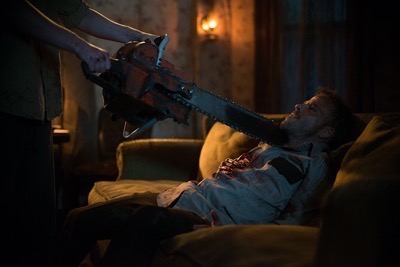 The plot is fairly straightforward with some question as to who will eventually become Leatherface even though there really wasn’t much suspense in that department. I mean, if you have the lead of your origin story start off with a semi murder, it’s only natural that you’ll end up a full blown chainsaw wielding maniac. The faux suspense was really one of the main drawbacks of the film. Why even pretend? Just tell the story. 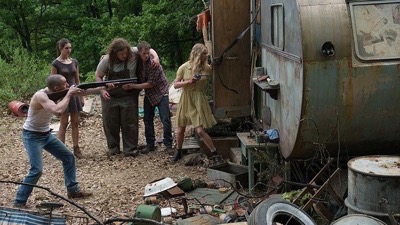 The presentation in general is really fun however, there’s a visual flair I enjoyed. It has an artistic quality that one would generally see in indie features or auteur directors. It’s not often seen in horror films and certainly not one so far along in the series. It kind of makes sense that indie film actors like Stephen Dorff and Lili Taylor make appearances. It all works together to elevate the proceedings from the usual horror tropes and it works well. 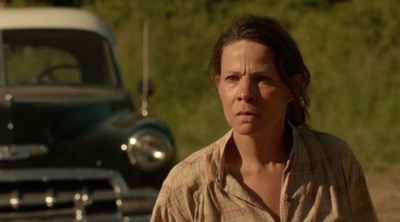 Leatherface arrives on Blu-ray in a fine transfer thanks to Lionsgate Home Video. The films more artistic touches are really amplified by the high definition picture. The fine details are very present and especially in the close ups they help seal the more emotional scenes in the film. Color wise the more sun kissed scenes look outstanding and the darker scenes have little to no fallout. It’s an excellent transfer.

Deleted Scenes – There are about 20 minutes of deleted scenes as well as the alternate ending. There’s also a feature where you can watch the whole film again with the new ending included.

Behind The Bloody Mask: Making Leatherface – An EPK-esque featurette with some interviews and some behind the scenes footage. 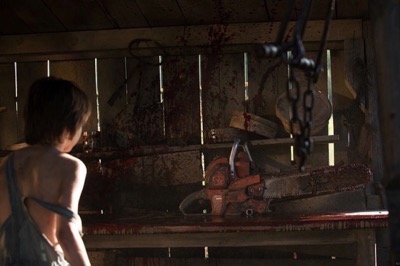 Overall, even with the misguided pieces of misdirection, the film is a good entry in the Texas Chainsaw Massacre saga and it tries to tie in all the different films into a cohesive whole. While that may not be possible necessarily, it’s a good entry and horror fans will like it. The artistic touches allow this film to rise above the fold and casting strong actors really elevate the proceedings. Recommended!

Leatherface is out now on Blu-ray!