There are some movies that simply inspire people, that can make them happy when they’re down, that truly last the test of time. One of those movies is The Big Lebowski. Starring Jeff Bridges, John Goodman, Julienne Moore, and a whole host of colorful characters, The Big Lebowski is one of my favorite films of all time.

Last night a special event to honor the film was held at the Wiltern Theater in Los Angeles with a musical performance by The Dude, Jeff Bridges himself.

Paul headed down and had a blast!

A way out west there was a fella,
a fella I want to tell you about, fella
by the name of Jeff Lebowski. At
least, that was the handle his lovin’
parents gave him, but he never had
much use for it himself. This
Lebowski, he called himself the Dude.
Now, Dude, that’s a name no one would
self-apply where I come from. But
then, there was a lot about the Dude
that didn’t make a whole lot of sense
to me. And a lot about where he
lived, like- wise. But then again,
maybe that’s why I found the place
s’durned innarestin’.

Ok enough of that lol…

Ok I get to the Wiltern theater around 5pm and chat with the guard thinking I might get Jeff bridges if I’m lucky. Well one other person is there, a pap who is freelance so it’s pretty casual. I have my Big Lebowski book out and I’m talking about how great the film is and then suddenly I spot the check out girl from Ralph’s in the movie, Robin Jones. I have to get her to sign the book and talk to her about Pasadena and .69 cent checks and she tells me to hold tight she is gonna see if she can get me a ticket to the sold out event.

She comes back with a backstage pass! I’m her plus one! Wow! So first I bump into Kyle Gass who I’ve met before and was funny as usual. Then I meet the art director for the film, who I meet at the perks table and we are having none other than Caucasians… I really should check out the event, so I find the lobby and get my book signed by 6 people in the film. 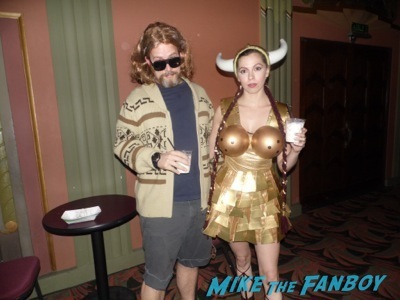 I then meet the dude himself Jeff Dowd, inspiration for the film itself, definitely lives up to reputation! It takes him a full 10 minutes to do pics and sign (he’s drunker than I was lol) totally cool guy! 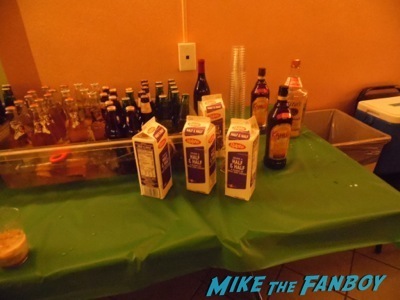 About this time Kyle Gass dressed as Walter and a full band of lebowski characters take the stage opens with just dropped in and killed their set even played the eagles and everyone booed… it was great! 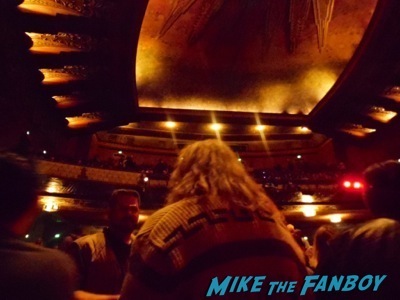 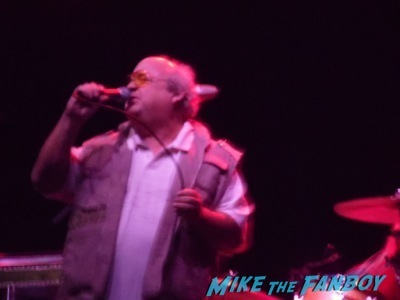 an then Jeff bridges takes the stage and does a T-Bone Burnett inspired set, which is awesome! He makes comments about visiting Maude and is drinking a White Russian during the set. He does about 13 songs and then the movie is about to begin and out of nowhere Jeff bridges comes out quoting Sam Elliot’s famous intro (see above) while putting on the famous sweater and sunglasses!! 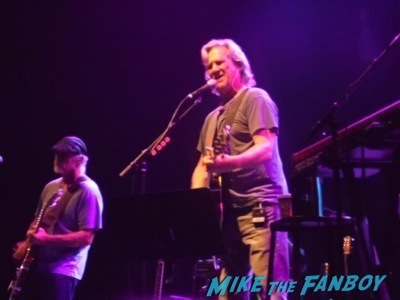 I wish I stayed down for that jeez but watching the film with other obnoxious drunk fans was a fun treat! Unfortunately Jeff left before I could get him to sign my book… oh well next time!