When it was first announced, Legends of Tomorrow seemed like the step child of the CW super-hero series. It had a few small characters from Arrow, and The Flash and threw them together as a makeshift team, it wasn’t the stuff dreams were made of, let’s put it that way. However, when you give Legends of Tomorrow a chance, it really grows on you. The characters jell into a team and it’s way more fun than Arrow and has a whimsey that The Flash doesn’t. 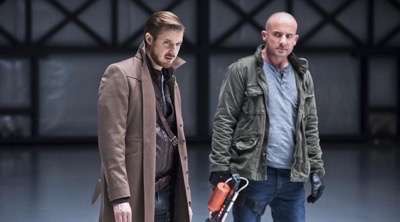 Legends of Tomorrow: The Complete First Season is out August 23 on Blu-ray and if you haven’t given the series a chance, it’s time to do so. In short, the rag-tag team gets assembled by Rip Hunter (Arthur Darvill) who is attempting to travel back in time to stop Vandal Savage (Casper Crump) from killing his family and wiping out civilization as we know it. 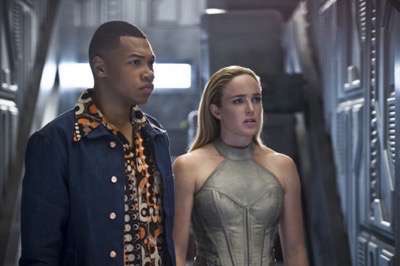 He gets Ray “the Atom” Palmer (Brandon Routh), Sara Lance (Caity Lotz), Kendra Saunders (Ciara Renee), Mick Rory (Dominic Purcell), Leonard Snart (Wentworth Miller), and Firestorm AKA Jefferson (Franz Drameh) and Dr. Martin Stein (Victor Garber). Each one has their own reasons for going on this mission and eventually they form a sort of family…. A dysfunctional family. 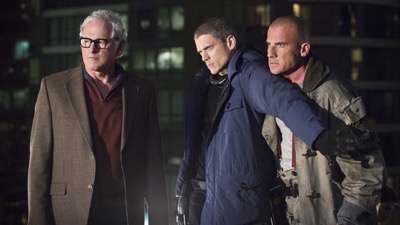 The plot is almost inconsequential, the thing that really adds an element that the other superhero series lack is the element of time travel. They can go anywhere in time, the future, the past, other dimensions, it’s all fair game. It really gives the show a chance to explore other time periods, like the episodes where Ray, Sara and Kendra were trapped in the 1950s. It really gave the show a chance to explore a lesbian relationship in the 1950s and it was done so well. Caity Lotz was wonderful in those scenes and it really added a lot of depth to her character. 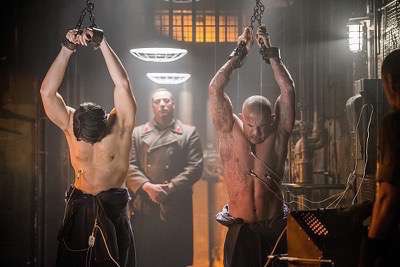 Adding a sense of gravitas to the proceedings is Victor Garber. As one half of Firestorm, he is just brilliant. Everything you loved about him from Alias is here and he helps ground the series with just his very presence. Wentworth Miller and Dominic Purcell, clearly having worked together for years demonstrate their easy going working relationship as well. By the midpoint of the series run the actors really know their characters inside and out and they have clearly defined roles on the crew. 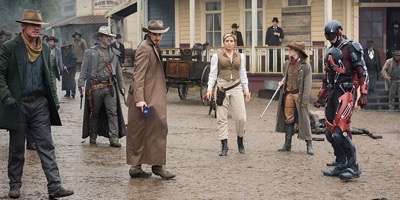 The thing about the series is that it took a few episodes to really get going and a lot of people I know gave up on the series after a minute. However, after a few episodes the series really hits its stride. The characters jell and the plot really picks up. Watch for a Starling City of the future in “Star City 2046” and an excellent Johnathon Schaech as Jonah Hex in “the Magnificent Eight,” two of my favorite episodes. 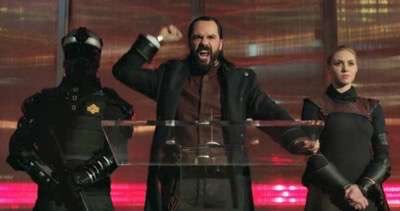 Legends of Tomorrow: The Complete First Season arrives on Blu-ray in an excellent transfer thanks to Warner Bros Home Video. The picture quality is so pristine on this release, at times it looks better than a theatrical motion picture. The details are crisp and clear and even in the action sequences the special effects pop. I’ve mentioned before about the difference between watching a show with broadcast quality vs. high definition and this is the best example I’ve seen yet how high definition enhances the viewing experience ten fold. Well done! 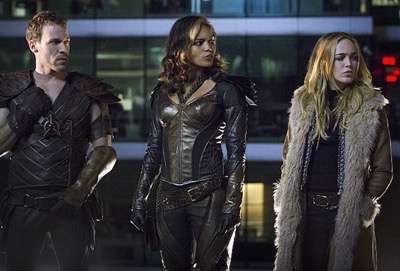 Special Features included on this set are:

DC’s Legends of Tomorrow: 2015 Comic-Con Panel – This the Legends panel from 2015 SDCC. It’s well worth giving it a spin and I’m thankful that Warner Bros sees fit to include the Comic-Con panels on their television releases!

Jonah Hex: Hex Marks the Spot – This is a look at the filming of “The Magnificent Eight” episode with Jonah Hex. It’s a good behind the scenes featurette that looks at filming the old west sequences and fleshing out the iconic comic book character.

A Fantastic Voyage: Touring The Waverider Set – I love when shows give fans a sneak peak behind the scenes of the sets and this one is really something. The detail that’s involved with the set design is incredible. It also goes into the origins of the ship and the VFX as well.

History in the Making – This is a fun little look at history through the ages and whats fact and what’s fiction.

There’s also a Gag Reel that’s pretty funny and worth a spin. 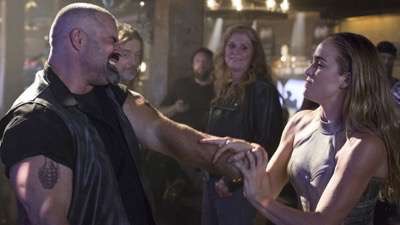 Overall, I’ve grown really fond of Legends of Tomorrow. It’s a quirky entry into the DC Universe and over the course of the season it’s grown into some excellent television. If you haven’t watched the series yet, I think you’ll really love it. Give it a second to find its sea legs, pardon the pun, and you’ll find your next binge worth series. Highly Recommended!

Legends of Tomorrow: The Complete First Season is available on Blu-ray August 23!