I think there should be a rule, the week of your birthday, you should not be allowed to have a fail. Right? RIGHT?

Sadly, that’s not always the case.

This week, Scotty and I headed out to meet Girls star Lena Dunham. I wasn’t sure how many people would show up for her to be honest. Girls was a hugely popular series when it first premiered, but the buzz surrounding the series has died down in recent years. 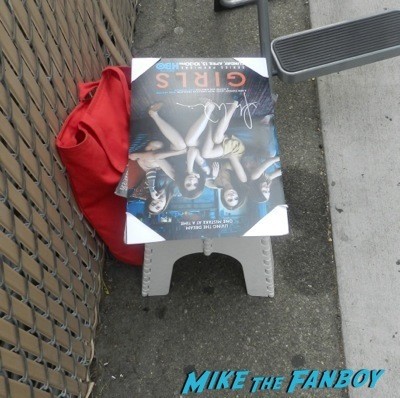 When I arrived there were a couple photographers and one other fan. Damn. I arrived really close to start time too. Huh.

Lena Dunham was doing a talk show appearance for her book and I figured there would be at least 20 people or so… But two?

After a few minutes a couple more people arrived. So we’re at five now.

When Lena Dunham arrived she looked over and waved. I held up my girls mini poster, but alas she just went inside.

Okay, well… We still have a chance we thought.

Scotty arrived and had his mini poster, DVD cover and more.

With only a few people we figured there was a halfway decent chance.

The other guest on the show Ben Schwartz was leaving. He came right on over and took pictures and was really cool. 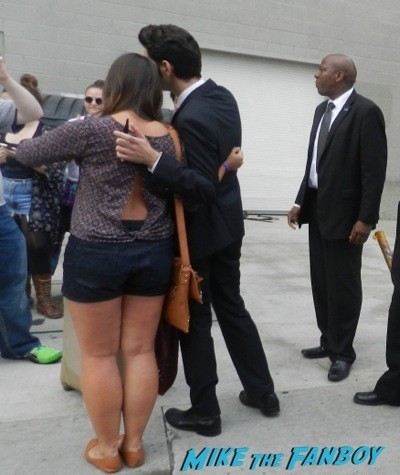 It was super calm.

We called, we yelled, we flailed… And we got a halfhearted wave. Doh. 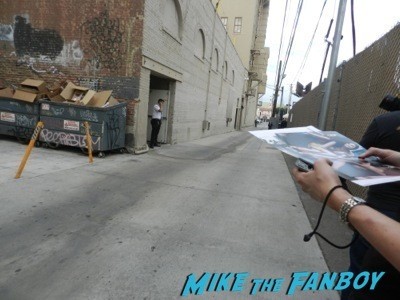 And then… Then she was off. Doh. 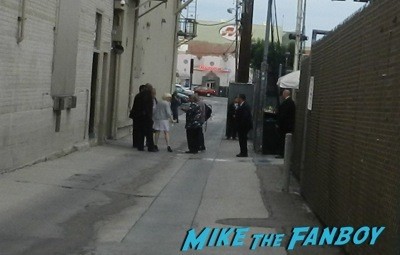 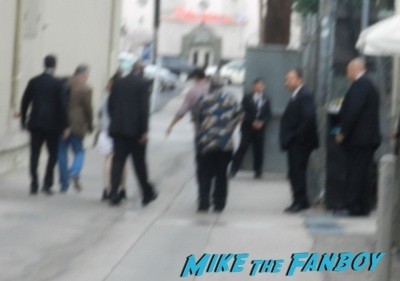 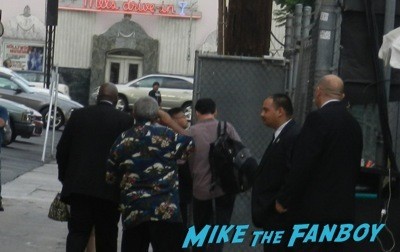 Such a bummer, especially considering there were only five fans waiting. I mean come on now. Five… FIVE people.