Welcome back to Billy Beer’s Barstool. Today we are off the see the Queen of the Seven Kingdoms, Cersei herself, Lena Headey. It’s been a while since I’ve seen Lena since I think she moved back overseas. She was out doing a Q&A for her movie Flood and I was lucky enough to get a ticket.

I ended up getting to the movie about 25 minutes late for a 98 minute movie. Since I saw a couple of friends outside, I decided to just wait outside and see if she would sign on the way in. After waiting a while, we finally see her. But it was right before the Q&A was about to start so I figured she wouldn’t have time and my best chance would be inside or on exits. So I went into the Q&A. The subject matter of the movie was quite a serious one, but they did a good job of making it very informative and still had a few moments of fun (Lena was jokingly asking if anyone had some booze cause it was a Saturday night and she was sober).

When the Q&A was over, Lena stuck around as long as she could in the theater signing autographs and taking pictures. 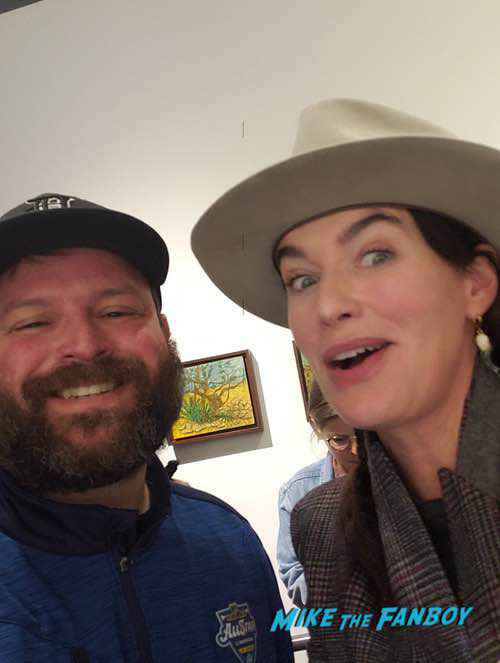 I was able to get one of my cards signed and an 8×10 (NOT 5×7!!!) photo-op I had from years ago along with getting another photo. Then she went to the upstairs for a while as people were still outside waiting for her.

After a bit she came outside and couldn’t have been nicer, basically signing everything the 10 or so graphers had and taking photos with anyone who asked. I was able to get a second card signed and had a little help taking a better photo-op. Ended up being a great night! Until next time. 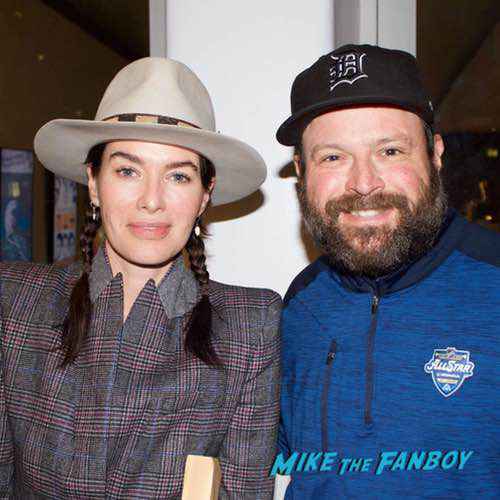