Inspired by the Paris suburb riots in 2005, police officer Stéphane (Damien Bonnard) transfers from the countryside to the city and joins an anti-crime squad in Montfermeil. Stéphane partners up with Chris (Alexis Manenti) and Gwada (Djebril Zonga), who introduce the veteran officer to the diverse and tense neighborhood they overlook. The Muslim Brotherhood cleaned up the area, but regulate criminal enterprises such as the sales of hash, coke, heroin and prostitution. Despite the obvious criminal elements, the cops get a cut and use unorthodox methods to keep the peace amongst the various groups within the community. After attempting to arrest a neighborhood kid, the trio are overrun and their questionable tactics are documented by a drone. Now it’s up to the police to destroy the evidence before the situation truly gets out of hand. 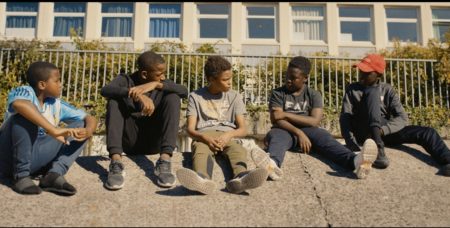 “Les Misérables” is one gigantic ticking timebomb beautifully paced in Ladj Ly’s feature film directorial debut. The film fantastically portrays different perspectives and intersplices different techniques to exquisitely capture the many underlying subcultures throughout the city. Much like Victor Hugo’s novel, which the film takes its name from, the story addresses similar social unrest and how the country is divided by class structure, racial barriers and the impact of locations. The black (Gwanda) and white (Chris) backgrounds illustrate the constant cultural divide with Stéphane representing the viewer trying to make heads or tails of the situation.

The film opens up with children celebrating a national soccer victory while draped in French flags before showcasing the harsh realities of the city with the nearby neighborhoods. The seamless shift sets the tone terrifically with the constant compelling elements bubbling under the surface waiting for one or two things to set it off the edge. “Les Misérables” is a hard hitting movie filled with harrowing, heartfelt performances anchored by Damien Bonnard. Not glossing over obvious racial tensions, the film focuses on the struggles on identity and belonging to community. 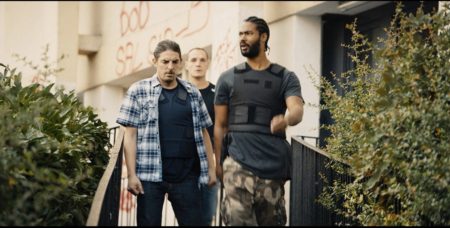 The trio of Stéphane, Chris and Gwada represent the uncomfortable confrontation we often tend to ignore and how we want to address those feelings. Whether its harassing a teenage girl smoking hash at a bus stop, hitting an unarmed young black suspect or questioning the actions of those around you, the film presents these uneasy situations and asks the viewer to wrestle what would you do? Throughout the film you can clearly see the love and admiration for Victor Hugo. Sadly, the idea of actual progress shows some things stay the same despite the rationale humans are reasonable and sensible always obeying the rule of law.

The film features an almost faux-doc feeling and highlights the plights of the inner city with a very personal project by director Ladj Ly. Adapted from his short film and having been raised in the area, it cinematically conveys the same theme as Joe Talbot’s “The Last Black Man in San Francisco,” loving and hating your city. Almost like Spike Lee’s “Do The Right Thing,” the film takes place during a very hot summer day with tensions boiling under the sun. The social unrest and edge of your seat mentality make this an entertaining and enjoyable experience, especially the third act. 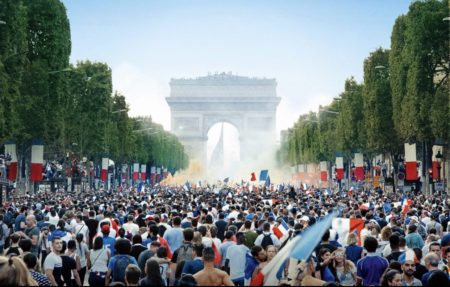 What makes the movie memorable and entertaining persists in Julien Poupard’s realistic use of color and cinematography by using hand-held and fast shots. Even the idea of using drone footage, which would normally be frustrating, comes across as necessary and adds another dimension to the tension swelling in the city. It beautifully adds to the confusion and chaos creating a powerful buildup until the very end. “Les Misérables” is an amazing accomplishment, but for most average viewers they will have some difficult balancing the references, demographics and focusing on the language barriers. Still, it’s a worthwhile crime drama/thriller to discover and enjoy a fun French film.