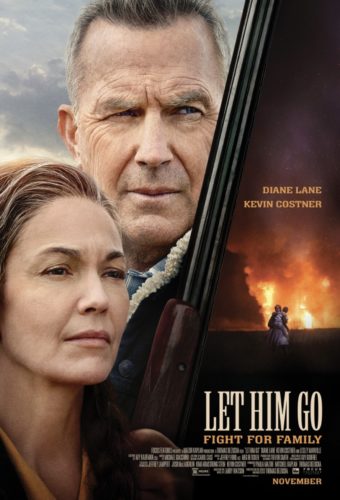 Classic Costner wrangles you with his latest pseudo-western. Kevin Costner and Diane Liane headline the gripping thriller, “Let Him Go.”

Retired sheriff George Blackledge (Kevin Costner) and Margaret (Diane Lane) are aging ranchers living in Montana maintaining a wonderful life with their son James (Ryan Bruce), daughter-in-law Lorna (Kayli Carter) and grandson. After grieving the accidental death of her husband for the past three years, Lorna marries into a dangerous, despicable family, the Weboys, headed by matriarch Blanche Weboy (Lesley Manville). After absconding with their grandson without warning and in the middle of the night, the Blackledges burst out of their quaint, country lifestyle to track down the criminal clan of in-laws and are determined to fight for their grandson. 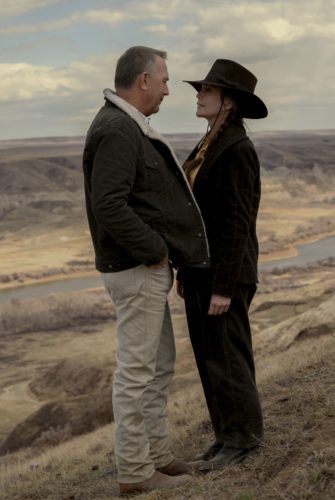 While everyone brags about the McConaissance, why doesn’t Kevin Costner get the same love and adoration? Considering how great the “Hatfields & McCoys” was and the sheer brilliance of “Yellowstone,” Kevin Costner is the modern-day, magnificent Western star echoing the same sentiments of James Stewart and John Wayne. “Let Him Go” is the latest spellbinding showcase for Costner in a movie that’s a cross between “The Searchers” and “Straw Dogs.” This classic gripping, genre film might feel like a slow-burn, but boy is it beautiful seeing the suspense unfold with seasoned veterans Kevin Costner and Diane Lane leading the way.

As I mentioned before, Kevin Costner has reignited the classic cowboy figure we’ve grown to love (“Silverado,” “Open Range, and thematically “Yellowstone”). There’s something completely irresistible about it too. Costner consistently has maintained and managed a classic worrisome Western appeal as a retired lawman living out his days on a ranch. Matching him magnificently is Diane Lane providing a tough yet tender wife. Together they team up for a classic revenge and rescue story that you cannot help, but root enthusiastically for them to succeed. Both exhibit beautiful raw emotions in this skillful and suspenseful thriller, which will absolutely please audiences over 50 and those wanting a classic revenge thriller. 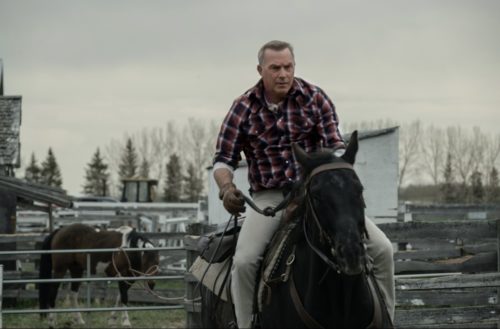 Complimenting them on the flipside are the villains played by Jeffrey Donovan (a Weboy Uncle) and Lesley Manville (Blanche). Their performances ooze sleaziness and despicability from the moment they step on screen. Manville’s Blanche is a cross of Melissa Leo’s role in “The Fighter” meets a Mafia boss in one of the year’s most electrifying performances. I for one have no desire to hear someone else say porkchops are for dinner and “sit at the family table” anytime soon. Manville’s bloodcurdling, ominous dialogue delightfully sends chills down your spine every time she speaks. Manville has absolutely entered the best Supporting Actress race as one of the leading contenders this year. For the first time this year I’ve truly detested and despised a fictional character with every ounce of my being thanks to “Let Him Go.” Kudos to Manville for depicting a despicable Dakotan. 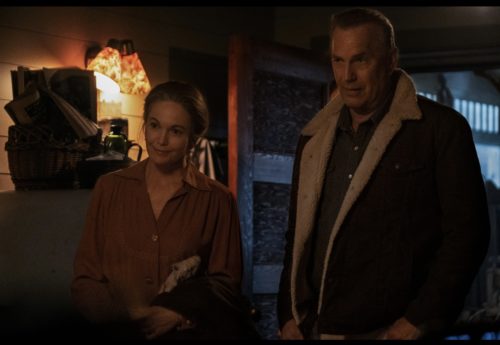 Although not a Western in the traditional sense a la “Brokeback Mountain, “No Country For Old Men,” “Hell or High Water” and “The Three Burials of Melquiades Estrada,” write/director Thomas Bezucha has fantastically adapted Larry Watson’s neo-western novel. Set in the 1960s, it’s haunting imagery, dialogue and violence classically echoes John Ford and Sam Peckinpah. The incredible, instinctual and intelligent characters capture your emotions from the word go. If Kevin Costner, Diane Lane and Lesley Manville don’t garner serious awards consideration, it’s truly tragic. “Let Him Go” is the type of classic, contemporary adult dramas you wish were still being made more frequently. The sublime style certainly captivates you and reminds of gritty, gripping rural 1970s films. “Let Him Go” is an entertaining, engrossing movie with this remarkable revenge and rescue story. More movies like this need to be made!