Science Fiction audiences are some of the most sophisticated and intelligent audiences out there. They ponder over every nuance, try and figure out if the science behind the film was correct, and get absorbed into the world of what it is they are watching. When there’s a great science fiction film it stands the test of time, when there’s a sub-par film it gets lost among the wreckage of what could have been. 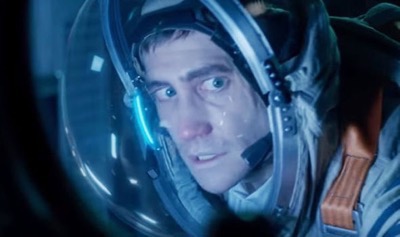 Life, is a new science fiction film out now on Blu-ray. It’s not a bad film per se, but the sense of sameness and imitation cloud what could have been a fun space thriller. The International Space Station crew found a probe that has samples from Mars. The crew brings aboard the probe and finds a single cell organism that the world becomes intrigued by. In fact, they pick a grammar school to name the alien that the crew will be trying to test.

The expert of the crew, Hugh Derry (Ariyon Bakare) starts to do experiments to see if he can take this single cel organism and make it basically come to life. It doesn’t take long for the creature to start growing and get smarter and… More aggressive. Can you see where this is going? It doesn’t take long for the organism to attach itself to Hugh which puts the crew into a panic. 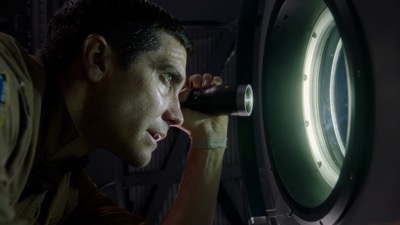 Dr. David Jordan (Jake Gyllenhaal) and Dr. Miranda North (Rebecca Ferguson) try and take charge, which amounts to a lot of screaming as the creature wraps itself around Hugh’s hand and eventually crushes it to nothing. Rory Adams (Ryan Reynolds) decides to bust into the room and try and kill the creature, which of course does not have the intended consequence. They quickly realize that the creature needs oxygen and try and cut off the oxygen to the room, which causes the creature to climb into the oxygen vent. 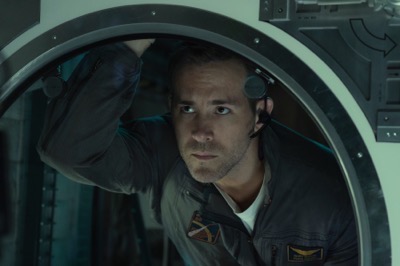 This is not a creature with world peace and good will towards men in its heart. The creature gets larger and larger and starts picking off the remaining crew one by one. They engage in a cat and mouse game trying to trap it and cut off the oxygen supply. The creature adapts and gets bigger and ultimately more terrifying. Think about a giant floating jellyfish with teeth and you get the idea behind the creature’s visual description. 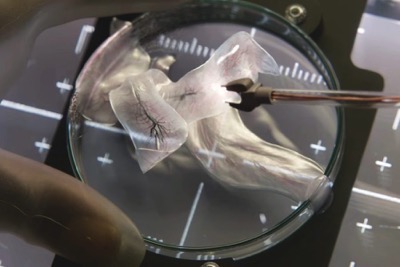 With the crew basically living in a floating morgue, the main focus shifts to not letting the creature make to down to planet earth. This is more important than the rest of crews survival. While Life isn’t going to break any boundaries like the best Sci-fi films like Alien or Blade Runner, it’s a serviceable film that applies a lot of the basic Sci-fi tropes and puts them to use. It is a shame that with the talent involved however, they couldn’t have come up with a more original script or creature design. Chances are you’ll forget Life once you saw it, that doesn’t make it a bad film, it just means it won’t stand the test of time.

Life arrives on Blu-ray thanks to Sony Home Video. The film looks good, with the darker space scenes some fallout is visible and the picture tends to fall a little flat at times. As the film progresses this does improve, but one can’t help but feel like you’re watching a glossy photograph brought to life a lot of the time. The close ups do intercut this quality in the film and the fine detail really helps the actors the most in showing the shock and awe they are going through.

Deleted Scenes – There are about five minutes of excised footage, which none of any real consequence to the action going on.

Life: In Zero G – This is where the cast and crew talk about the technical challenge of shooting the film in what is supposed to be a zero gravity space station.

Creating Life: The Art and Reality of Calvin – This is a quick feature where the creature is discussed, including his biology and addition to the movie.

Claustrophobic Terror: Creating a Thriller in Space – Another quick feature where the cast and crew talk about the outer space location.

Astronaut Diaries – this is a super quick feature where the characters talk and share some thoughts.

There are also some additional Sony previews as well. 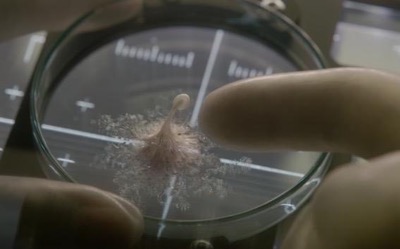 Overall, while the previews sold the film as unique and original, I was very disappointed to find that Life is pretty much a sub par Alien rehash. With that said, it’s not bad per se, it’s just not memorable, that might actually be a bigger sin that creating something unique and original and failing.

Life is out now on Blu-ray