The Life of Crime… It’s hard to be a criminal… Apparently.

Today was quite literally a last minute premiere for the Jennifer Aniston film Life of Crime. Based on Elmore Leonard’s novel The Switch, Life of Crime looks like a really fun film.

Now, I got about three calls on this last minute, thanks to everyone BTW. And Scotty and I met down there. The barricade was small and we hung out second row. 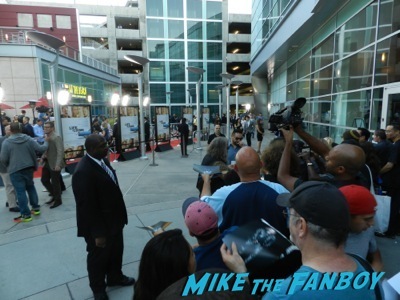 No big deal. Honestly, I wasn’t sure how many people would make it down for this one. And honestly, I arrived around 4 and it wasn’t bad at all. 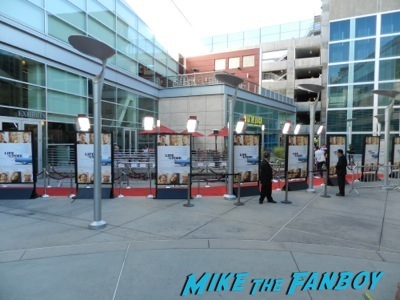 So, we wait. The small carpet doesn’t bode well for a lot of arrivals that’s for sure. I know this is a smaller film, but Jennifer Aniston’s star power isn’t exactly high wattage these days, in fact… It’s pretty dim.

Still, I do want to see the movie. I checked out the trailer and I enjoy Tim Robbins, so I’m hopeful.

Anyway, I have some magazine for Jennifer Aniston, I brought some stuff for Courteney Cox just in case as well as Jennifer’s significant other Justin Theroux.

And so we wait. Scotty talks about life and ruminates on the state of the world, Jenna and Megan show off their vintage magazine collection and Chris really wants to get Will Forte to sign his “That’s My Boy” mini poster. 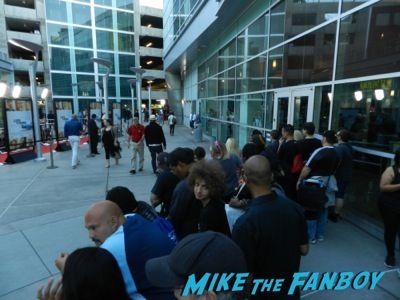 If you don’t think all of those things can actually happen in a couple hours, think again.

The first arrival is Mark Boone Jr. He arrives walks by us and says, “I’ll come back.” Okay… Mark’s usually super cool. 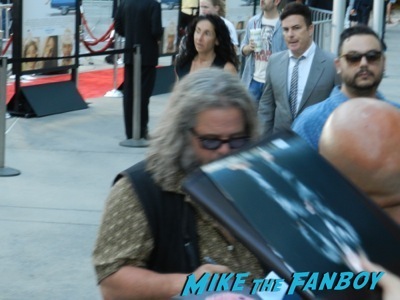 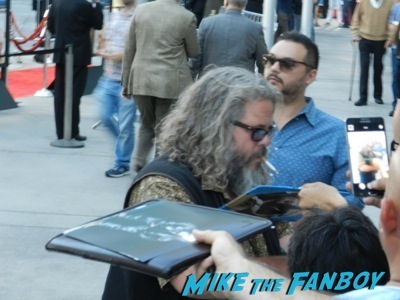 Some small people in the cast show up that no one knows, and then Mark makes his way back to sign. I don’t have anything for him so I help Chris out.

Then we see Will Forte on the carpet. He waves and shows off his Grizzly Man beard. What is this a trend?

Jennifer Aniston arrives and starts on the press line. Honestly, there’s not much yelling, it’s the quietest carpet I’ve ever seen! 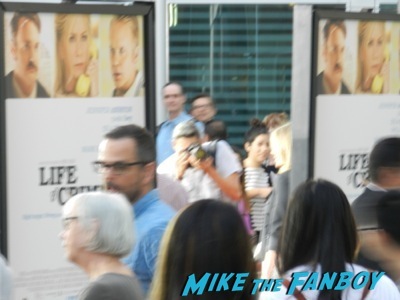 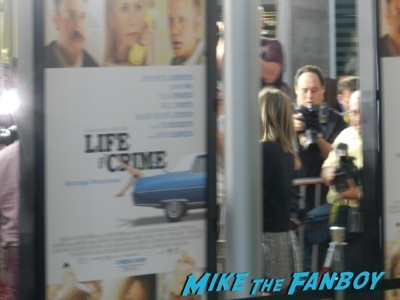 John Hawkes arrives, and goes to the end of the carpet and walks down backwards, which is kind of odd.

We yell for him and he does come back which is nice of him. 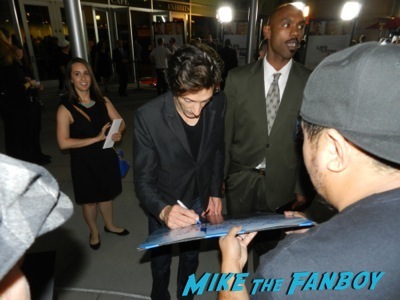 But back to Jen. We, yell, she turns and waves, and gives us the one second mark. Now, Every Jennifer Aniston premiere I’ve ever been to, she signs. So, I figure she would do it here too, just by law of averages.

When she gets towards the end of the carpet, we yell louder and then as she walks in the theater door, she turns and waves. Damn…

That’s it. All she wrote.

I’m honestly, pretty shocked. I know a lot of people thought she would do it, and a few who didn’t. I gave it about an 80% chance of her doing it.

Sadly we were wrong.

Jennifer Aniston, thank you for being a friend, oh wait, wrong NBC sitcom.