When it comes to feel good films, the one that won’t top anyone’s list is The Light Between Oceans. The film, directed by Derek Cianfrance who brought us Blue Valentine and The Place Beyond the Pines, is an adaptation of M.L. Stedman’s 2012 novel of the same name. The film is an interesting exploration of life and death and while the two leads are compelling the overbearing dark feeling bogs the movie down. 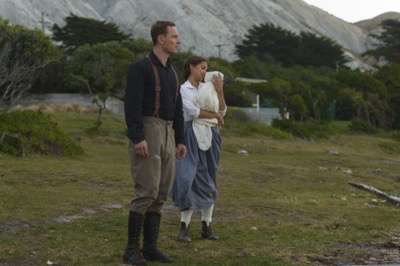 The Light Between Oceans, out now on Blu-ray follows Tom (Michael Fassbender) who is a veteran of WWI. He finds a temporary position working as a lighthouse keeper in a small town near the coast. The solitude suits him but then he meets Isabel (a stunning Alicia Vikander) a woman from the town who is dealing with a deep and personal loss. 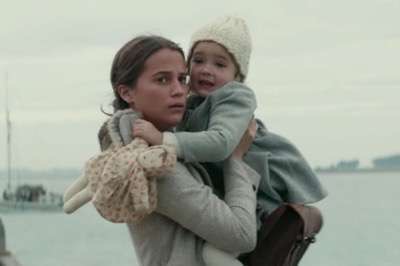 Isabel and Tom are drawn together and eventually they get married. Along with the marriage comes the start of a new family, but sadly Isabel suffers through not one but two miscarriages. This of course devastates the new couple. While dealing with this loss, a boat floats over to shore which is occupied by a dead man and his infant daughter. 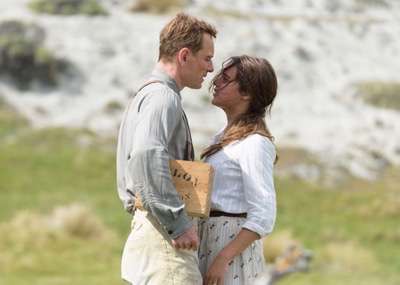 Seeing the infant lying there, Isabel immediately bonds with the child and even though he’s reluctant, Tom agrees to her request to keep the child even though he has misgivings. Time passes and everything seems fine, enter Hannah (Rachel Weisz). She says that she lost her husband and baby some time ago  in the sea. 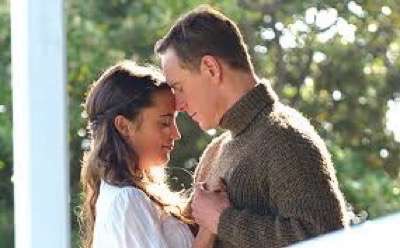 Talk about a conundrum. It’s a plot point that many people could see coming and it sets off a chain of events that doesn’t make an uplifting film. What’s interesting is that the film is unique in the fact that it takes it’s time in setting up these characters. We get to see the inner turmoil inside of both leads and also their pain and struggle. It’s like we, as the viewer go through this journey with the characters. While it’s an interesting study, it’s hard on the viewers, how many people really want to go through two miscarriages, loss, etc.,. With these two people, even if one of them in Alicia Vikander. It’s a lot to ask of an audience. 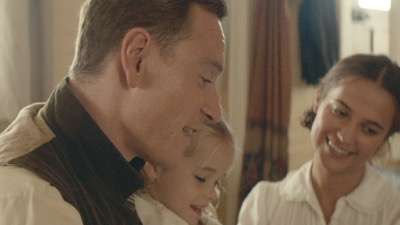 By the time the third act comes around and a new set of struggles are revealed I found it a bit tiresome and began to get fatigued. The two leads, Michael Fassbender and Alicia Vikander are excellent in the film. They both give it their all. Vikander in particular has a difficult task of making Isabel likable in between these personal struggles. As much as Vikander tries, it’s a losing proposition.

The Light Between Oceans arrives on Blu-ray in an excellent transfer thanks to Dreamworks Home Video. The picture has fine detail and in the close ups it really helps sell the drama and you can almost feel the anguish in the characters. There is little to no loss in the darker sequences and the brighter lit scenes really go far in conveying the characters emotions. 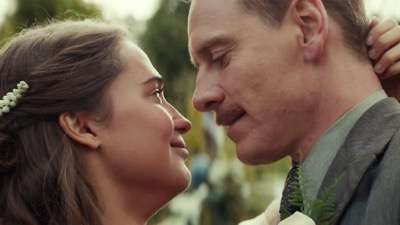 Audio Commentary – The film features a commentary track with director Derek Cianfrance and his own film studies professor Phil Solomon.

Bringing the Light To Life – This is a great featurette. It really goes behind the scenes during the filming. It shows their trailers and the unique way the film was shot.

Lighthouse Keeper – This is a look behind the scenes at the cast and filmmakers and this history of the lighthouse in the film. They even go into detail about the duties a typical lighthouse keeper would have. 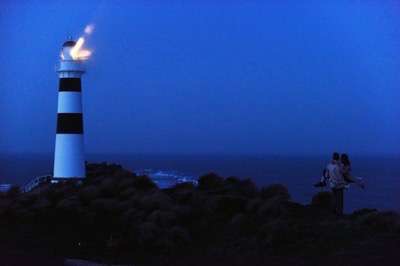 Overall, while The Light Between Oceans is a flawed film, it’s still a fascinating character study. It’s worth seeing just for the two leads who are, as usual excellent. If you’re looking for a fun Friday night film, be aware that The Light Between Oceans may not be your cup of tea, but if you know going in that it will be an introspective character study about loss and death, you might appreciate what the film offers.

The Light Between Oceans is out now on Blu-ray!