Home / Billy Beer's Barstool / Lily Collins! Billy Meets The Young Star At Her Book Signing And Gets A Cute Photo… But… Did He Get Called Old? Say Wha?

Billy headed to meeting none other than Lily Collins at her recent book signing.

If you’re a fan, you might want to check out our newest Deal of the Week because there are signed Lily Collins books there. Regardless Billy headed out and he had an interesting encounter… Not only was his photo shared on Instagram but he was called, “A different person of all ages.” I love it! 🙂

Welcome back to Billy Beer’s Barstool.  Today I decided to kill a little time and go to the book signing for Lily Collins at the Grove.  She wrote a book called Unfiltered and was out promoting it.  I have tried for Lily a couple of times.  Once at a talk show when her publicist swore I had already gotten an autograph (which I hadn’t) so she skipped me.  Another time was at an event which she was super nice and signed my Mirror Mirror photo and took pictures with other fans.  She’s usually tough, so I thought this would be a good time to get her.  I never really bring in other items into the Grove.  They are usually pretty strict.  They’re usually strict on pictures too, but they are having a professional take pictures with you and Lily, so that was pretty much was my deciding factor to go.

I got up early to get a good bracelet for the line.  I ended up getting in the first group which was good cause I had another event right after I had to go to.  I bought 2 books in case Andy, my ride, wanted to get one and more importantly have his daughter take a picture with a Disney Princess.  The flier says the event is supposed to start at 3pm.

We get to the grove around 2, and grab something to eat.  When it was finally close to 3 I head up to the store.  Little did I know, everything had already started.  They were on group G for B&N members and I was in group A.  Luckily they let me cut in line.  Andy was quick to follow me and I guess his daughter changed her mind.  So basically he was getting another book to get signed for me and getting a picture for himself.

When I get up there she’s super nice, smiling and thanking me for coming out.  I ask her if we can take a cute picture.  She’s totally down for it, and it came out great. 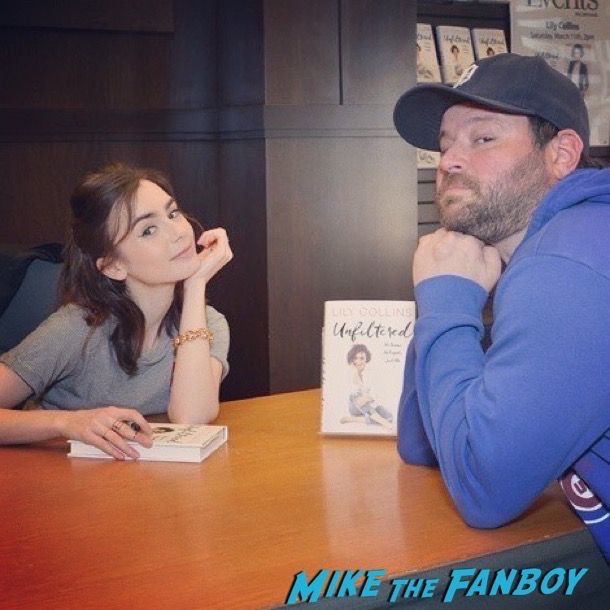 After that I walk away and get my bracelet cut off.  When I finally meet up with Andy, he’s laughing and thanking me for having him called out by Lily Collins.  I guess she asked him for a name and he said he didn’t want one.  Again the book is for me, but I’m long gone.  So then she calls him out saying he’s going to sell it on E-Bay and was joined in buy  the security guard saying he looked like and E-Bayer!  WOW!  She still did it, but I’m kinda shocked she called him out like that.  Not everyone likes personalization in their books. 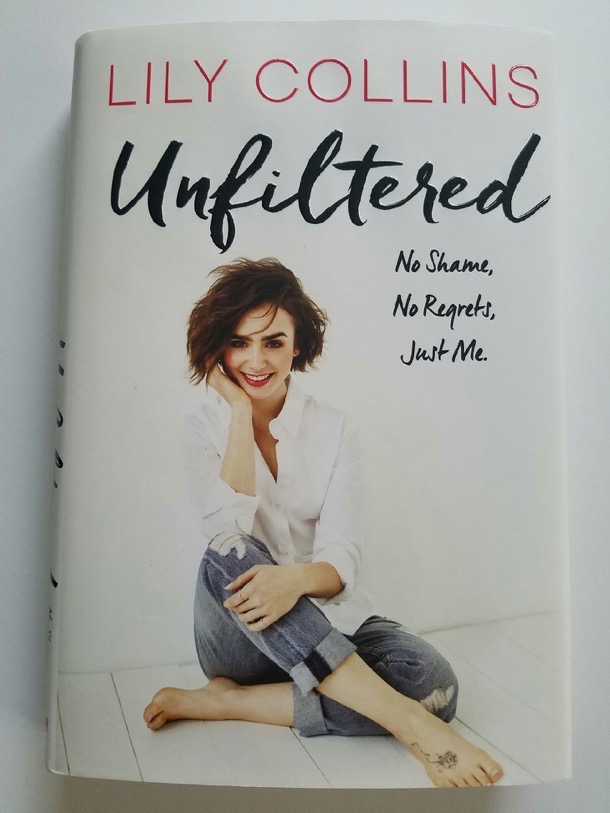 Then to make things funnier, I posted my photo on Instagram only to have it reposted by @lilycollinsunfiltered with the quote, “I like that so many different people all ages and gender showed up to support my lovely Lily, she deserves it” 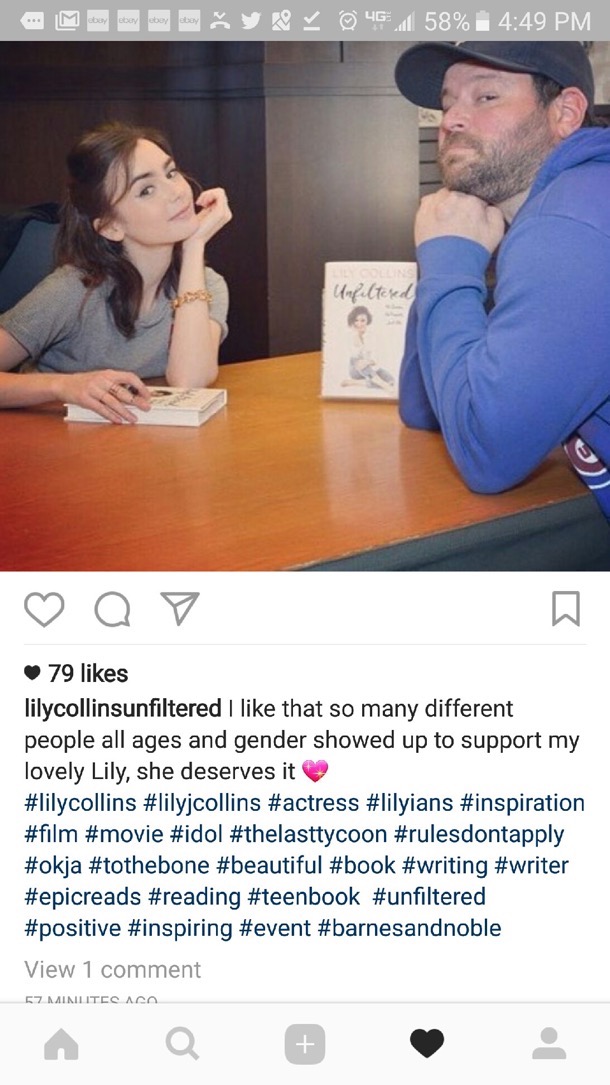 Lily did like my picture though, so I guess I’m fine with that.  Anyway, it was a good time and again Lily couldn’t have been nicer (to me J)!  Till next time! 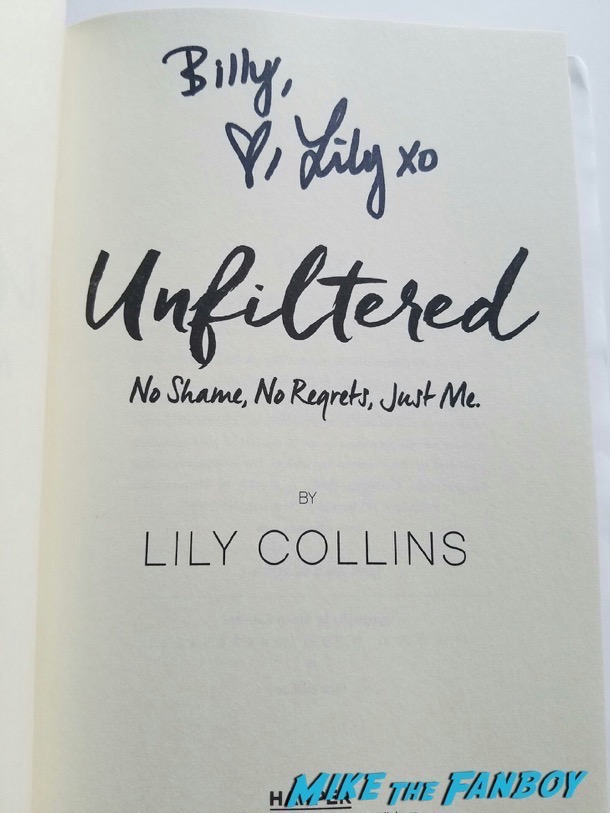