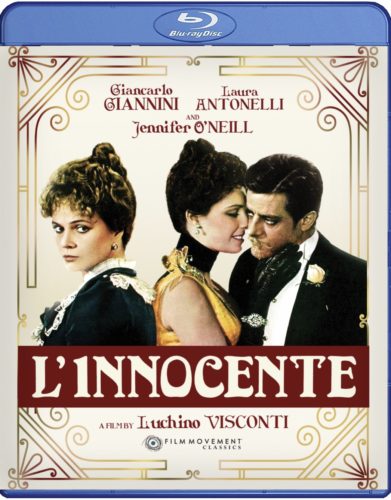 Although a founding father of the Italian Neo-Realism movement, Palme d’Or winning and Academy Award nominated director Luchino Visconti doesn’t get the respect he truly deserves. Thanks to a spectacular transfer and beautiful Blu-ray debut, “L’Innocente” might resurrect and introduce the phenomenal director to a new generation.

Only a handful of filmmakers can claim their last feature film is amongst their best. In this exclusive club, Luis Bunuel (“That Obscure Object of Desire”), Sergio Leone (“Once Upon A Time in America”) and David Lean (“A Passage to India”) shine brightly, but it’s Luchino Visconti’s salacious societal drama “L’Innocente” (1976) that highlights the magnificent, meticulous nature of the incredible international director we lost too soon. Two months before its premiere at the Cannes Film Festival, Visconti died of influenza and heart disease before being able to appreciate acclaim for his incredible final film “L’Innocente.” 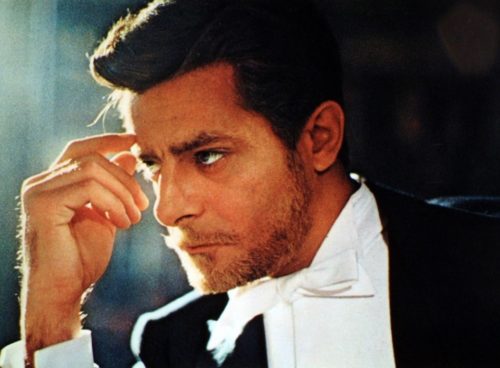 Based on Gabriele d’Annunzio’s amazing novel, Visconti’s magnificent movie examines European high society with a passionate personal touch and creates a harrowing historical drama. In the late 1800s, Italian aristocrat Tullio (Giancarlo Giannini) becomes bored with his simple, shy wife Giuliana (Laura Antonelli). Unable to control his insatiable desire and larger than life libido, Tullio neglects his wife and begins an affair with the wealthy widow Countess Teresa Raffo (Jennifer O’Neill), who soon becomes his mistress. However, after discovering his wife’s own torrid affair, Tullio is tormented by his own twisted thought process and spirals out of control questioning his own sanity.

Coming from a wealthy aristocratic family, Visconti’s valuable insightful knowledge and thoughtful examination of high society is on full display here. The genuine grandiose and decadent disturbing lifestyles are amazingly accessible to all walks of life. Although “The Leopard,” is arguably and absolutely his finest film, “L’Innocente” is an exceptionally stunning “swan song” and an amazing companion piece. Ironically enough I finally finished watching the former merely days before watching “L’Innocente.” Despite directing his last two films from a wheelchair after a stroke brought on by a notorious smoking habit (allegedly smoke 100+ cigarettes daily), Visconti’s visionary eye and sensational style never misses a beat bringing fantastic focus on human connections. The captivating cast and crew certainly charm you for nearly two hours. 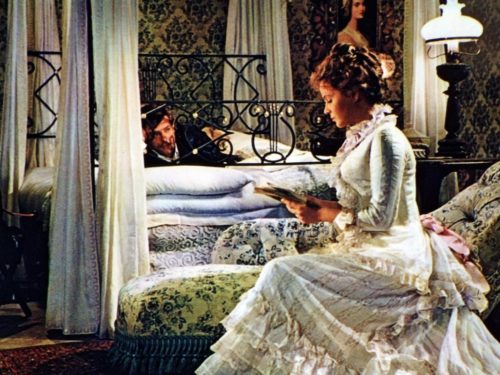 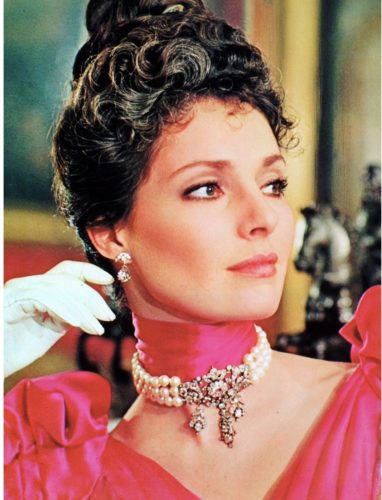 The stylized slow, lingering pace picks up with Franco Mannino’s magnificent music, but astute audience members will pick up on the languishing self-inflicted hell as though we’re one of the leads, especially Tullio. It’s an extraordinary, exceptional and elegant detail that makes this movie memorable thanks to the keen eye of longtime Visconti collaborator and editor Ruggero Mastroianni. The incredibly intense “L’Innocente” transforms your typical love affair story into an enriching, emotional and enchanting film experience. Needless to say, film aficionados will absolutely appreciate “L’Innocente,” especially those who like movies in the realm of “Barry Lyndon,” “Doctor Zhivago,” and “The Favourite.” 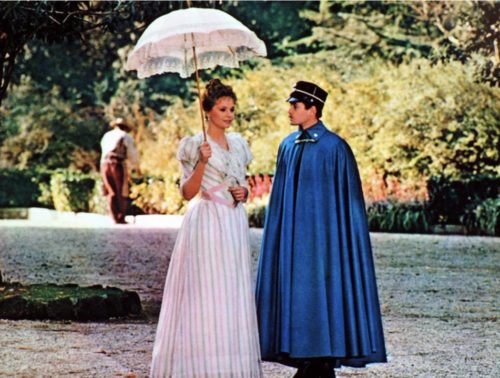 Movies being digitally restored and remastered nowadays seems so common, but Film Movement Classics delivers Visconti’s final acclaimed film fantastically and doesn’t disappoint by releasing “L’Innocente” for the first time on Blu-ray in North America! Clamoring cinema aficionados rejoice and embrace this exceptional edition, which includes a video essay and 16-page collectible booklet. It’s an absolute must own and amazing addition to any film collection.