I remember the first time I heard about “Freaks & Geeks.” It was summer of 1999, and I caught the commercial for the upcoming NBC series and immediately put it on my “must see list.” I absolutely loved the pilot and completely related to the whole cast of characters, all played by unknown kids, portraying the same year I graduated from High School. It became my instant favorite show, which, with my taste, meant it was doomed to be cancelled.

NBC had held back 4 episodes for one reason or another, and the Paley center offered a special 1 day presentation of the 4 episodes that didn’t air in the initial run of the show. Since no-one I know cared about the show, I went alone, and brought no camera. I ended up sitting with Linda Cardellini all day and sharing my stash of fresh grapes that I brought for a snack. Most of the cast was there and we were regaled with stories and conversation (and snacks) with the audience of maybe 80 fans and a bunch of folks involved with the show including Paul Feig and Judd Apatow. Did I mention I didn’t bring a camera?? 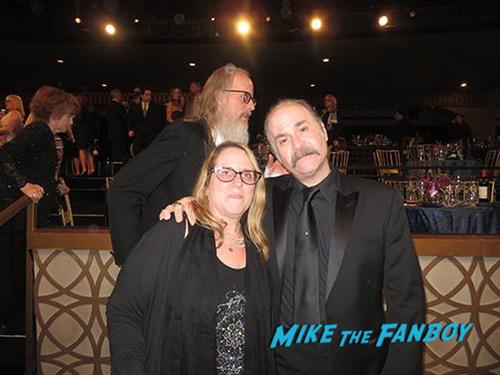 A year later, Judd Apatow and Paul Feig were given a second chance with a show called “Undeclared.” and as a known super fan, I was invited to be in an episode with a few other from the F&G website. We spent all day doing the same scenes over and over as extras, but as a gift for giving my time, I was given a pilot script from F&G signed by the entire cast. A fair trade, in my estimation. I also got Ted Nugget’s autograph on an 8×10 that day, as he was in the episode (again, no camera though. Damn). 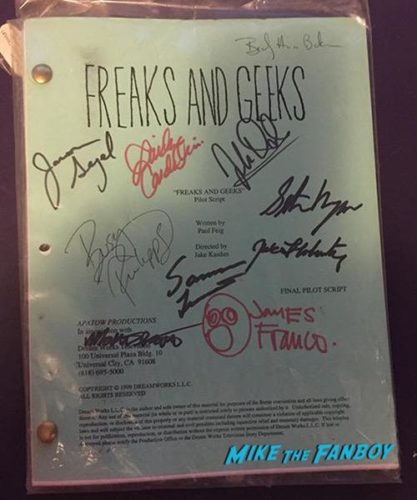 Over the years, I have met and been photographed with most of the cast members, though I still regret not taking pictures with them when they were all young and unknown. There are a few really awful snapshots Ill never share with anyone of me getting my DVD box set signed at Tower Records when the group reunited, but the best part of that day was getting both the standard DVD set and the limited edition yearbook signed by the principal cast and several other guest players and crew members. (I finally had a camera with me that day, but it self destructed in line waiting to get in so I got a few crappy snaps from a girl I met in line who didn’t really have a knack for candids or selfies.) I did get some decent selfies at t he TV Land awards in 2015, including a few with Dave Gruber Allen (counselor Mr Rosso) and Steve Banos (Mr Kowchevski) —with Allen intentionally photo-bombing. 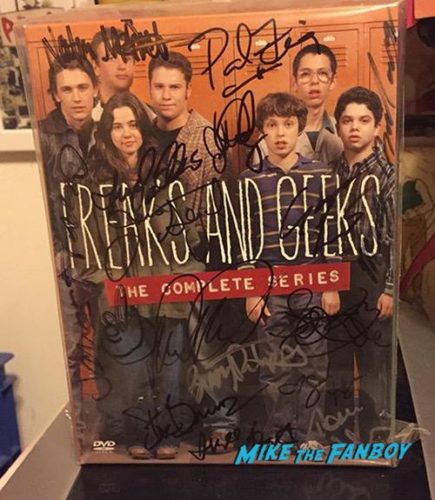 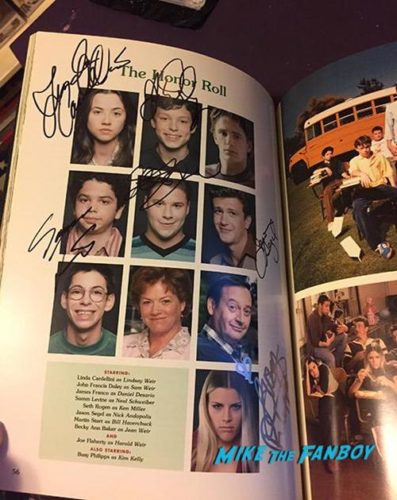 Even though it was forever ago, I still consider “Freaks & Geeks” to be one of the best shows ever to air on television, and I even got a letter published in TV Guide magazine saying so when I heard it was cancelled.