Horror has hit a new stride, but sometimes you need a little laughter to lighten the mood. Sophomore filmmaker Abe Forsythe introduces audiences with a refreshing, remarkable zombie flick “Little Monsters,” which is destined to become an instant cult classic. 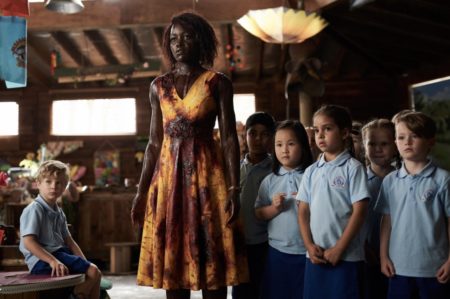 Relationships are hard, but when you have no ambition it’s even more difficult. Deadbeat Dave (Alexander England) can’t quite make it as a musician and leaves his girlfriend forcing him to crash at his sister’s place. After dropping off his nephew Felix at kindergarten, Dave develops a crush on Felix’s schoolteacher Miss Caroline (Lupita Nyong’o). After a parent cancels at the last minute, Dave eagerly volunteers as a chaperone on the upcoming field trip and hopes to impress Miss Caroline. Unfortunately, the most famous child entertainer Teddy McGiggle (Josh Gad) happens to be performing at Pleasant Valley Farm and soon also competes for her affection. Nearby at a U.S. testing facility, a zombie outbreak occurs and interrupts the field trip. Can Dave save the day and still win the heart of Miss Caroline?

Hulu has delivered the sweetest treat this Halloween season with “Little Monsters.” It certainly will become the best hidden horror gem viewers will soon discover this streaming season and be a popular mainstay in homes shortly thereafter. In the vain of “Shaun of the Dead” and “Tucker & Dale vs Evil,” this amazing Australian horror comedy certainly scares and makes you laugh in all the right places. Like any good horror film, the best ones sneak up on you without warning. 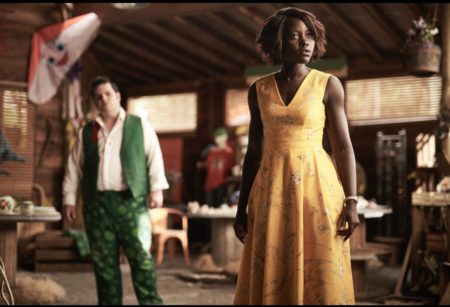 In the 1980s, horror-comedies came out of leftfield and revolutionized the horror genre with the “Evil Dead” franchise, “Fright Night,” and “Return of the Living Dead” leading the charge. In the past several years, recent cult classics like “What We Do In Shadows,” “The Love Witch” and “Happy Death Day” definitely made the subgenre more prominent. The entertaining effectiveness of “Little Monsters” relies on its equal balance between comedy and horror. Much like “Shaun of the Dead,” the film forges new interpretations on classic zany zombie tropes by creating plenty of memorable moments. 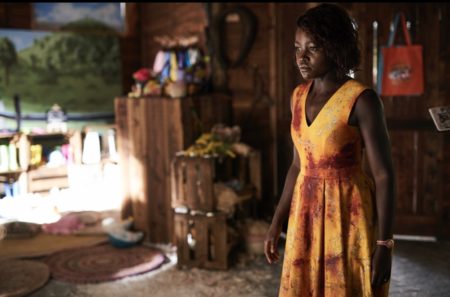 Alexander England entertains as a washed-up musician/Uncle Dave generating the same empathy and excitement as Simon Pegg did when most moviegoers were first introduced to him. England’s loosey-goosey laidback demeanor definitely compliments the lovely Lupita Nyong’o. Considering her unusual career choices after her Academy Award winning performance in “12 Years A Slave,” Nyong’o magnificently maneuvers once again in another exceptionally entertaining horror movie following her recent performance in “Us” earlier this year. The cute combo of this new and unconevtional dynamic duo definitely deserves to become a reoccurring couple combo much like Patricia Clarkson & Stanley Tucci, Eugene Levy & Catherine O’Hara and Paul Bartel & Mary Woronov.

However, Josh Gad owns “Little Monsters” with his stellar scene-stealing performance as child entertainer Teddy McGiggle. Imagine the vulgarity of Rainbow Randolph (“Death to Smoochy”), the naivety of Elder Cunningham (“Book of Mormon”) and the goofiness of Olaf (“Frozen”) you get McGiggle. Josh Gad continues captivating and amazing audiences with another sensational supporting role and once again steals the show. The over-the-top vulgarities and memorable moments throughout prove why Gad generates interest no matter the medium owning the stage, voiceovers, TV and film. Witnessing Gad’s genius comedic timing alone is worth watching “Little Monsters.” His frank, funny and filthy outrageous character definitely deserves his own film. 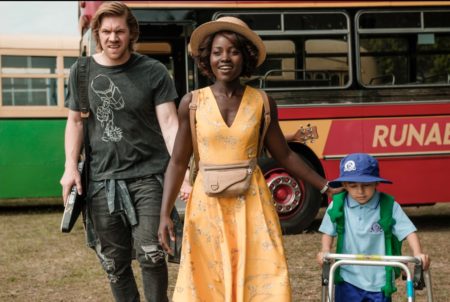 Unlike the contemporary “Cooties,” this isn’t a stupid silly scary movie with some comedy and children, but a fantastic film with perfect performances all around, especially the children holding their own. You clearly see glimpses of Romero and Peter Jackson’s influence perpetuating the zombie craze creating a fun film experience. The movie makes you laugh, cry and gives just the right amount of scares for a fun evening. Visually it also gives you the right amount of blood and guts while leaving plenty to your imagination. The color contrast of bright and dark demonstrates throughout the polar opposites of the two leads with their respective personalities, especially illustrating Miss Caroline as a bundle of joy/ray of light (always wearing yellow). Much like Ash in “Evil Dead” and Ellen Ripley in the “Alien” franchise, Miss Caroline carries the movie as one bodacious badass beating the crap out of zombies. Her character almost appears as a love letter to the job teachers take on protecting our children and influencing their lives. “Little Monsters” might not be the greatest zombie film, but it will certainly deliver plenty of laughs.