Home / NEWS / Live Blogging! It’s Oscar Time! Join The MTF Family As We Get All Catty And Share Our Opinions About The Biggest Award Show Of The Year!

It’s Academy Award time! So, since our lovely Ms. Liz is busy, I’m going to be doing a little live blogging myself. I do love being a little catty so you know why not right.

So, tune in once the awards start make sure and tune in. I have The Lovely Erica here with me as well as Scotty our Music Man. giving me their comments as well.

Okay, so we’re also having a few drinks so this could be fun. 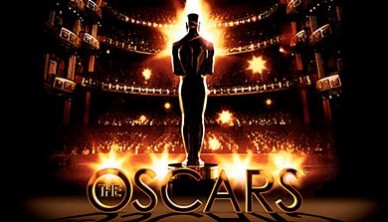 How adorable is Amanda Seyfried. I’ll tell you… I just love her. She’s a tad crazy and I love it!

Jennifer lawrence looks like an amazon! She looks good, but I can’t stand her now. She’s just nasty and I hate the fakery. Grrrrrrrrrrr

Kristen Chenowith is AMAZING! I love her and she’s doing a great job!

Is is me or does Catherine Zeta Jones and Michael Douglas look like they hate each other? She keeps throwing daggers at him. LOL… I do love her though. She looks great. God bless botox!

Scotty is cheering for Daniel Radcliffe! He’s very cute and looks all grown up.

Naomi Watts is auditioning for JJ Abrams Star Trek. What the Fuck! Who did your hair, what happened to that dress. And Liev It’s the Oscars. Shave.

Is Naomi trying to spotlight one of her boobs? I’m just saying.

OH MY GOD! REESE WITHERSPOON! She looks AMAZING! I love her! That is the perfect color for her!

Ewwww Bradley Cooper! WTF is up with your hair?!??!? It look likes you plastered your hair down with car grease. And fucking shave! AHAHAHHAHAHA

Nicole Kidman is radient… It’s amazing. Not loving the hair, but you know… I love her!

Theron looks good with the short hair. I do like her… I have to say!

Oh look it’s Hugh Jackman and his Beard… Yes, I meant that.

Chris Evans… I enjoy him, he looks good. Captain America!

Did Robert DeNiro even comb his hair? He looks like he’s half asleep and ready to put on some slippers and watch Jag.

Wait, This is a night of stars… So why is Jennifer Aniston here? I’m just saying… The Truth hurts!

There’s Jennifer Garner! I love that color on her, but my love you have no boobs! What happened? Did you lose your chest?

Halle Berry’s Hair looks great! For 1986! She just walked out of Dynasty!

OMG! Adele is going is going to eat Kristen Chenowith! It’s going to happen! Shit! It’s like the mom and daughter from Hairspray! Adele is john travola in drag!

George Clooney might be the super sexy stud but He’s always George from The Fats of Life to me!

Sandra Bullock has a Klingon headpiece in her hair but otherwise she looks great!

What is wrong with Anne Hathaway’s nipples. She’s wearing Prada! Because the Devil Wears it! I’m starting to fall out of love with Anne but still God bless her!

The Show is about to start!!

Seth Macfarlane is our generations Peter Brady! I just figured it out!

Okay, it’s horrible. But the Fanboy in me loves seeing William Shatner as Kirk. LOL…

Channing Tatum is adorable and Charlize is awesome!

Sock puppet flight was awesome! Oh… Does anyone else notice Helen Hunt hasn’t laughed once? Is she the Oscars Tommy Lee Jones?

Holy Shit! Christoph Waltz! Good for him! I thought DeNiro was great but this really makes it anyone’s game this season! I actually like this. He’s such a true gentleman!

I love Melissa McCarthy! I don’t care! This sucks this whole bit. But I love her. Paul Rudd looks terrible.

Scotty has bitterness against Anne Hathaway. LOL… It’s so funny.

Bateman… McCarthy this is how you do it.

Wait… The hair and makeup winner has the most horrible hair since Robert DeNiro walked the red carpet. She’s like the old woman’s Cyndi Lauper!

I’m excited for this. And Hearing Halle Berry say Pussy Galore was nice… lol… I’m on my third drink.

Goldfinger… DAMN! That was an amazing performance!

The 007 tribute was kinda lame though… Sadness…

Dude, that man got the hook! Like physically pulled off stage!

Okay, Jen Garner and Jessica Chastain are an odd pairing… Not loving it.

Quote of the night, “Amour” is like the notebook but not as happy. LOL… Oh yesh…

Does John Travolta get creepier and creepier by the day. I think so…

CAtherine Zeta Jones.. I know a lot of peeps didn’t love her in Chicago… But I liked her a lot. Sorry, it’s true.

I like my Jennifer Hudson with more curves. I’m just saying. But damn… That voice!

Okay, The Les Miserables cast thing… It was good, but not as good as it could be.

Honestly, for a movie musical tribute they should have included Moulin Rouge, Evita, Grease and a whole hell of a lot more.

Okay, I like the beard on Chris Pine… And Zoe looks awesome! Star Trek!

A tie! An Oscar tie!

I know Anne is going to win. Can they jus hand it to her now.

Sandra Bullock! I think she looks good except the blu tooth in her ear.

Adele… Is the sound mix off? Something’s wrong… I’ve seen Adele in concert and I was blown away. The sound mix seems off…

Nicole Kidman… AMAZING! I’m biased. But Damn… She looks so thin! She is so cute!

Did Kristen Stewart just sigh before she spoke at the Oscars. Was it too hard to speak? Lord…

Oh Salma Hayek! I love her! honestly. Love her! Don’t love her movies but love her!

Did Seth Macfarlane just tease the memorial? “Hey kids, stay tuned for everyone who died last year! Only on ABC!”

It’s Babs! She sounded a little off to… I dunno I think the mixer is bad… Am I crazy?

You know.. I’m glad Quentin won. He is a cool guy and more talented than people think. Congrats!

Jane Fonda looks amazing! She is drinking the blood of babies to stay that young. Man oh man!

Dude Jennifer Lawrence… She just bit it walking up. Doh! I wish chastain would have won. Ah well.

Would love it if Hugh won… crossing fingers…

When did Daniel get a sense of humor? He’s funnier than the rest of the show!

Michelle Obama! Can I vote for her… I don’t care what for, I just want to vote for her! Even with those horrible bangs!

ARGO!!!!!
I’m glad! Ben deserved it. He picked himself our of career wreckage and just won a fucking academy award!!!! Congrats!!!!!