London’s West End is brimming with activity these days and I was so excited to read the latest recap from Sam on how she did! We haven’t gotten a recap from Sam is a long time and I’m so happy she decided to share her adventures this week!

She did really great getting the likes of Dominic West, David Morrissey, Jim Broadbent and more!

Check out Sam’s recap below!

It’s been a while since I did a write up but life has been a but hectic. Have combined 2 theatre trips into one write up.

Firstly, I saw the incredible Hangmen at the Royal Court theatre before it got a transfer to the West End. Starring in it, is the brilliant David Morrissey known for his role as the Governor in the Walking Dead. Have met David a couple of times before. First time at the premiere of Basic Instinct 2 and then once when he did theatre many moons ago. David was happy to sign my programme (playbill) and also this photo from the Walking Dead. He was also happy to pose for a photo. Am a massive Walking Dead fan so pleased to add him to my growing collection from the show. 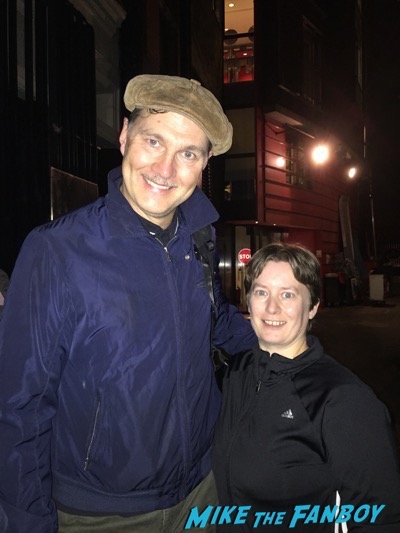 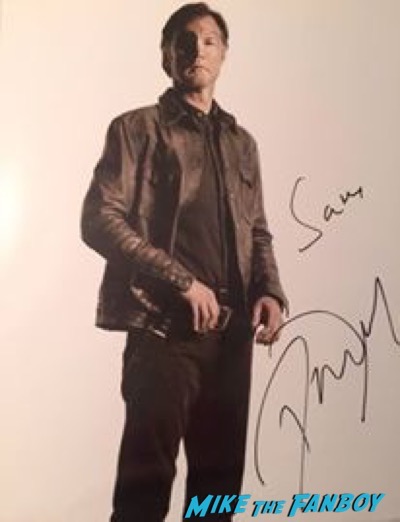 My next trip out was in December to see the long awaited production of a Christmas Carol starring the ever popular Jim Broadbent. Jim has starred in many a film and tv show including Paddington, Brooklyn, Harry Potter, Arthur Christmas, Lady In The Van and Bridget Jones to name a few, Jim is not very keen to pose for a photo so didn’t ask and seems to be getting increasingly fed up of the same faces asking for autographs but is still signing. He signed for me 3 photos from Paddington and 2 ones from the play and my programme over 2 different trips. 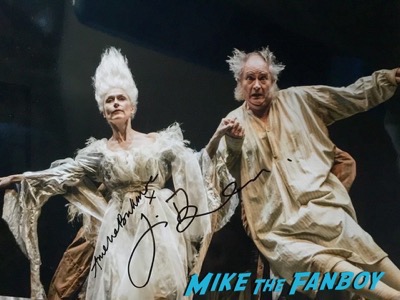 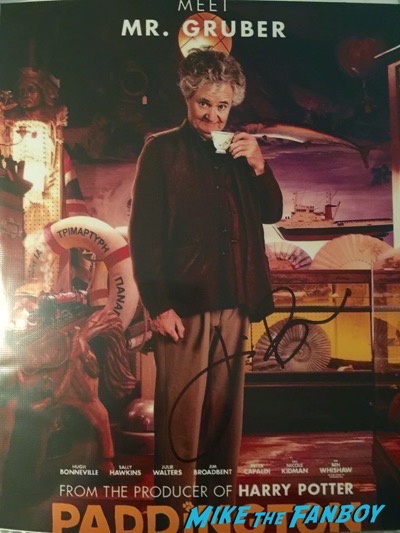 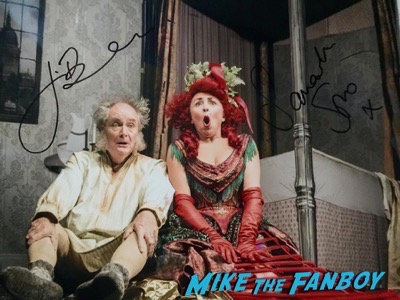 Dealers were swamping him the last time I was there and his once full signature is now decreasing every time I see one. I also got Samantha Spiro and Amelia Bullmore to add their signatures to the photos Jim signed. In the play is Adeel Akhtar is also in the play and is known for being in 2 recent tv shows here called River and Capital. He also appeared in Pan as Sam Smiegel. He signed my River dvd cover and a photo from the show. He also was happy to pose for a photo. 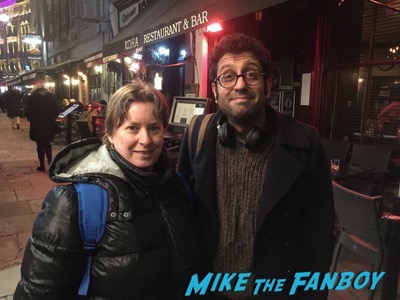 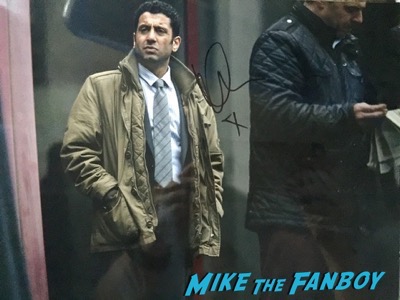 Last up was Amelia Bullmore who is known best for Scott & Bailey a UK cop show which stars Lesley Sharp and Suranne Jones and Amelia is their boss. She happily signed my photo. 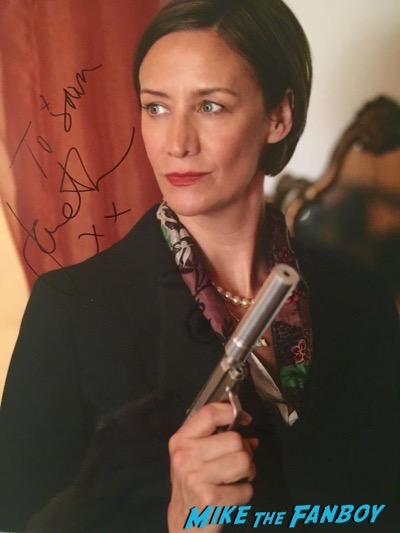 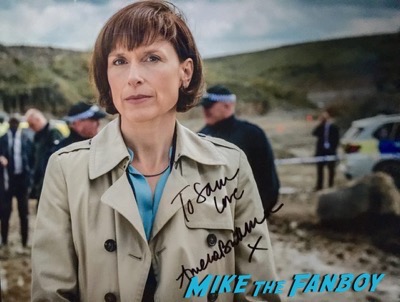 Les Liaisons Dangeruses is on at the Donmar Theatre which was supposed to open with Michelle Dockery from Downton Abbey but she withdrew due to personal reasons and was replaced by Elaine Cassidy, My main reason for wanting to go was to meet for the 2nd time Dominic West. The last time I met him he was so nice but The Affair was not on then and being a fan of the show was wanting to get him to sign a photo from the show and my dvd cover. Once again he was as nice but a little rushed as the crowd waiting was quite large. 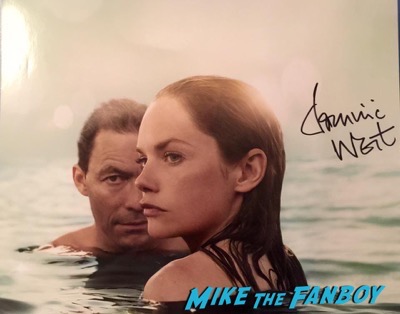 He happily signed both items and we had a few words about the show. I need to go back as I had no photo for Una Stubbs who I want to get to sign a Sherlock photo and Edward Holcroft who is in Kingsman:The Secret Service. Janet McTeer also stars in the play and happily signed my 2 photos from the White Queen and Cat Run. 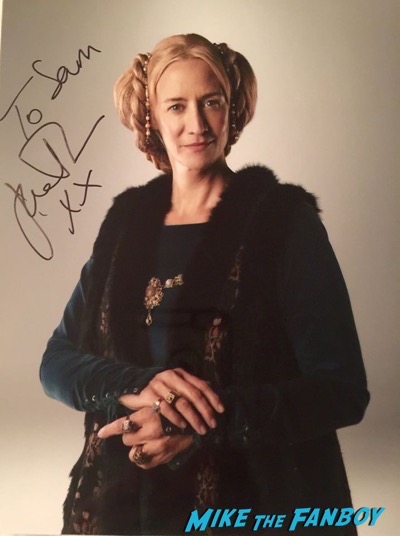 Hopefully will get a write up done next month for the Batas and The Maids play starring Uzo Aduba, who I love in OITNB and Laura Carmichael from Downton Abbey.