The Los Angeles Festival of Books was this past weekend and Scotty and I headed down on Sunday. We met up with none other than Ms. Pinky and had a really nice day.

The Festival itself was packed and people were brimming with books! I couldn’t believe it.

There were booths with so many different types of novels, travel books, fiction, comics… Man… i was a tad overwhelmed.

At the romance books booth, even Fabio made a cameo… albeit in cardboard form. 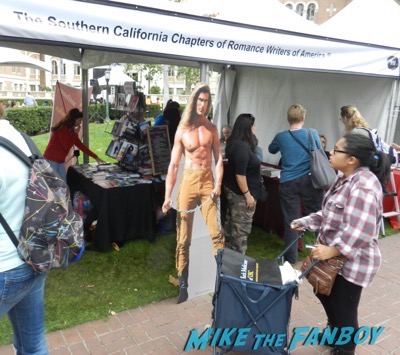 The Pantages brought a bunch of props and costumes from their upcoming shows including Kinky Boots. 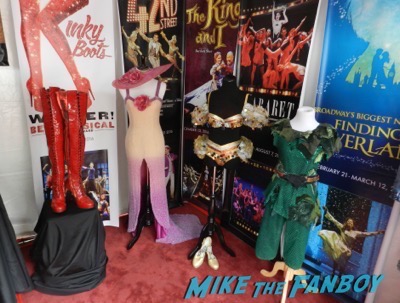 There was even people with carts to roll their books back to their cars. Dedication.

One of the main reasons we all went was to meet The Facts of Life star Charlotte Rae.

She was doing a book reading and a signing as well. Scotty had a photo for her and I had the Complete Series dvd set as well as a poster.

The talk was very fun. Charlotte Rae read for a few minutes from her book 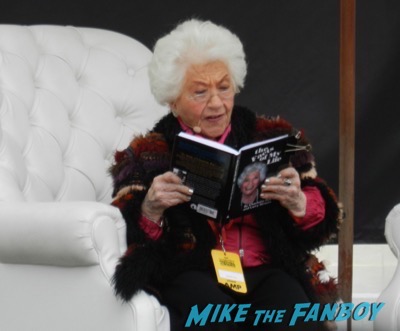 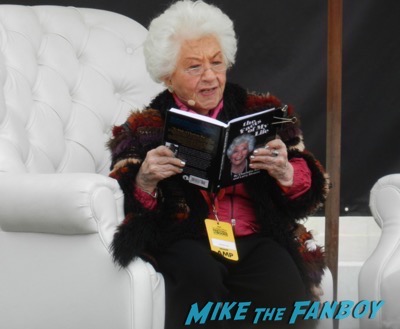 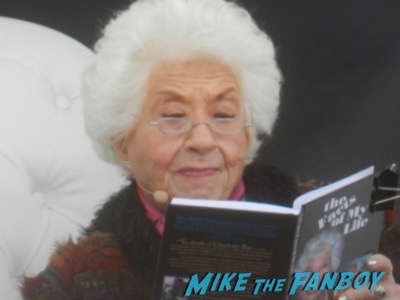 and then was joined by her son onstage. 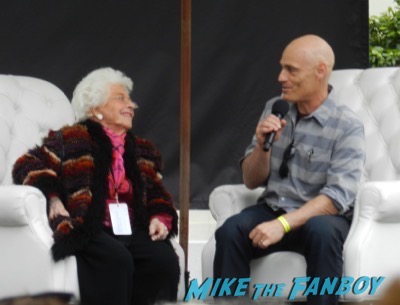 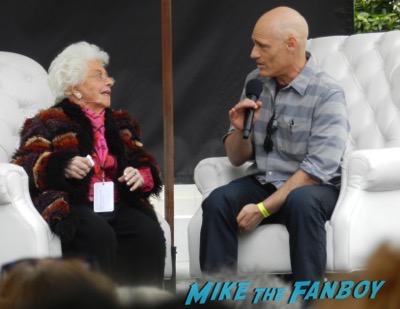 They talked about Charlotte’s life and the tragedy with her son as well as The Facts of Life.

Pinky and I even both asked questions, which is something I really never do at a q and a.

But seriously, Charlotte Rae and Cloris Leachman were roommates in college. MIND BLOWN! Mrs. G and Beverly Ann were real life roommates.. Can’t even believe it!

After the talk we went to the signing and Charlotte Raw was so gracious. She signed Pinky’s lunchbox, and all of our memorabilia. How nice is that? 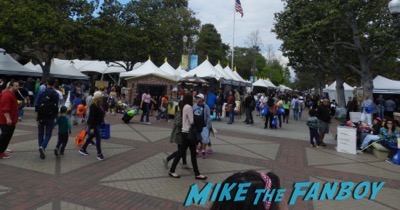 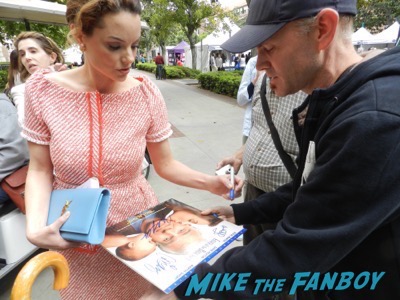 Kimberly Williams was so nice. She pulled up and was happy to sign and pose for photos. 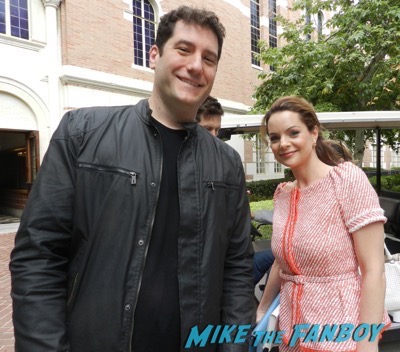 Scotty was a little excited… okay a LOT excited.

We headed to get a book signed for my friend Scott from author Ransom Riggs. He wrote the Miss Peregrine’s Home for Peculiar Children novels.

The line was pretty immense and we waited for about an hour and a half. 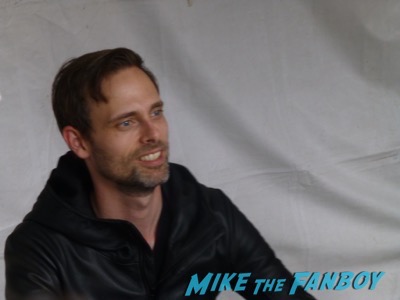 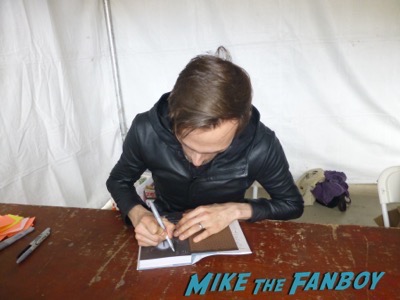 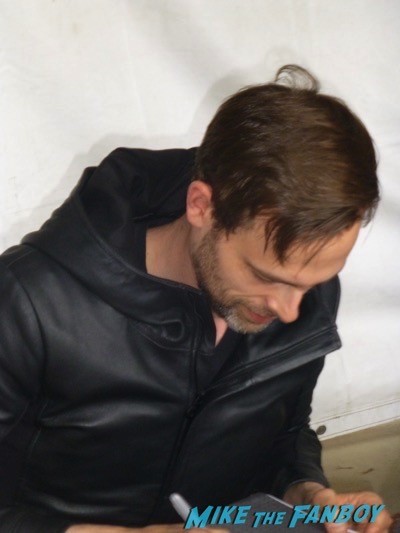 But Ransom was very nice and signed the book at my request, “To Scott, the most peculiar of all children.” 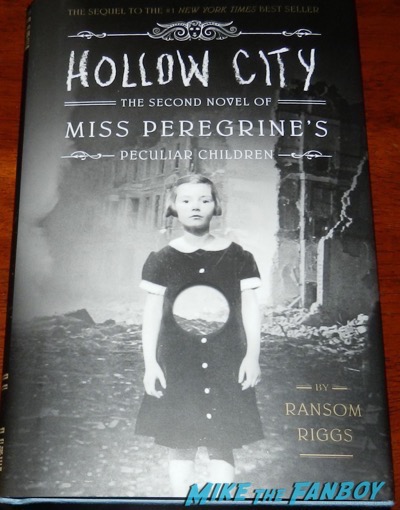 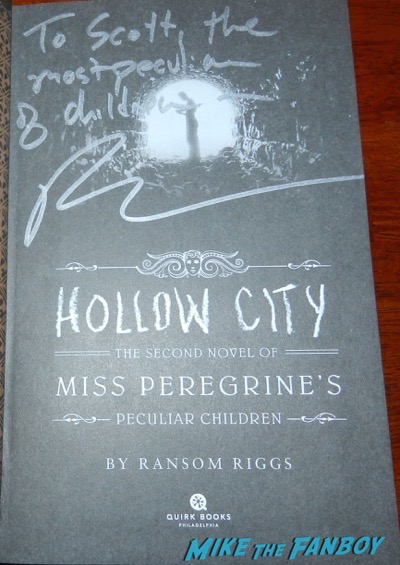 It was a really fun day and I got to hang out with a couple crazy kids!

Check out this photo of us below. 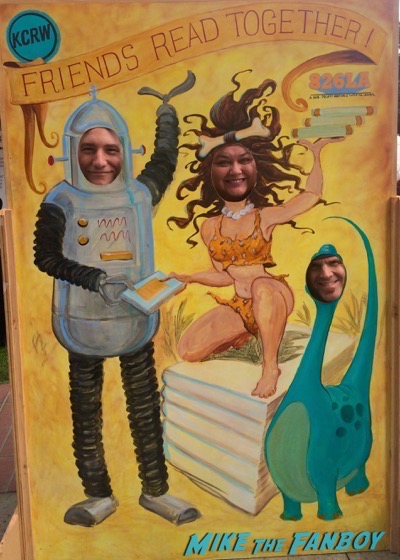 Yep, we’re all kinds of special! 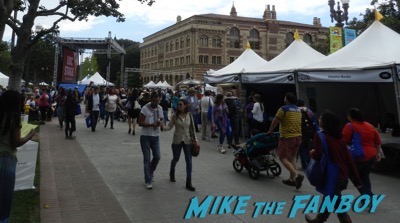 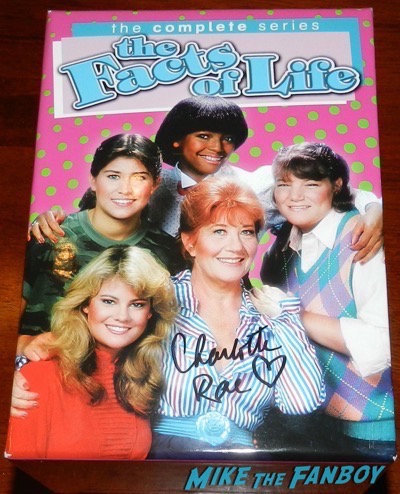 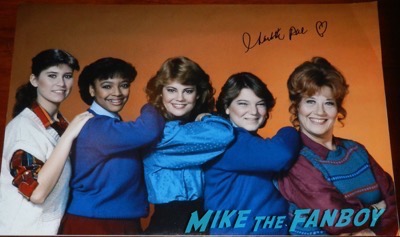 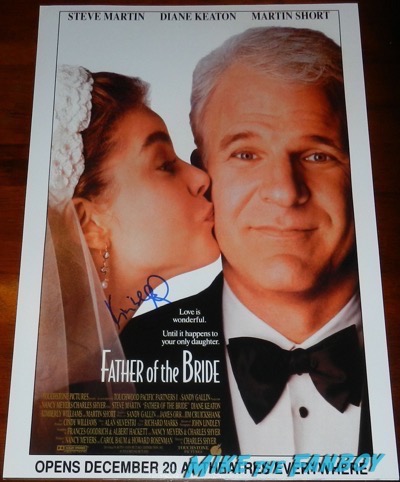