There was a random event this past weekend and Scotty was like… “We have to go!” I was like… Eh, why not. There were a few names I needed like Daryl Hannah, Lou Diamond Phillips, Ed Begley, Jr., I know, the best of the 1990s!

Rosie O’Donnell was also on the list and I’ve never met her, so I was curious to see if we could get anyone.

We came loaded with crap and headed downtown, which was completely under construction and we finally arrived it looked impossible.

There were two other guys there, and suddenly Ed Asner just walked on by. Scotty whipped out his Up poster, and by whipped out, I mean he gingerly took the board off the front and casually walked on over. Ed was super nice, so at least his day wasn’t a total loss.

We waited for a bit longer not knowing who was going to come in where and who we were even going to see. 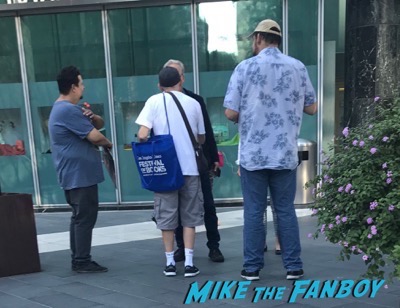 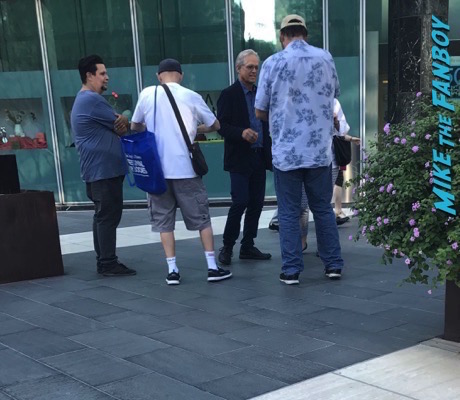 A few other randoms arrived but no one we needed. Sebastian Bach from Skid Row and Gilmore Girls was there. 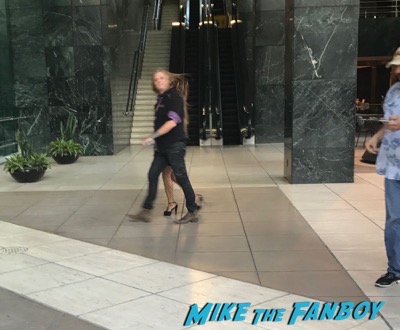 Sorry, my pictures are crap from the day, it was hard to do both. 🙁

Then Lou Diamond Phillips arrived. I have a La Bamba poster and a Young Guns poster for him. 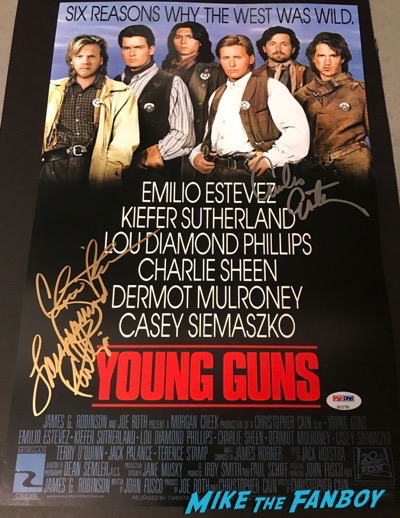 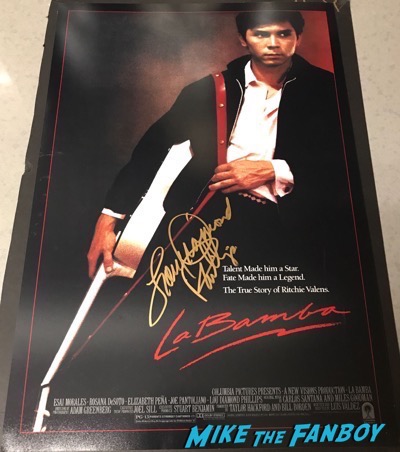 He was very nice, signing both things, but why he had to sign so close to Charlie Sheen will forever be a mystery to me… Sigh… 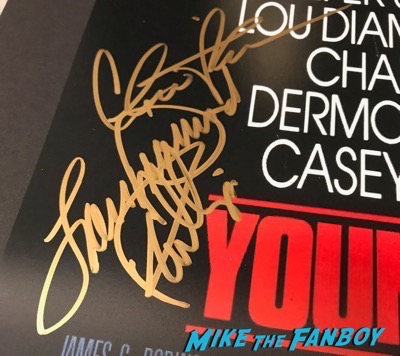 Still, what a nice signature!

Then we spotted Rosie O’Donnell.

She was so sweet! I was a little shocked, I wasn’t sure what to expect. But she cracked jokes, talked about Trump, I mean it was so fun!

She signed my Exit to Eden mini poster (don’t judge, I loved this movie as a kid, which probably means I’m a warped fuck, but didn’t we all already know that?) and My A League Of Their Own poster. 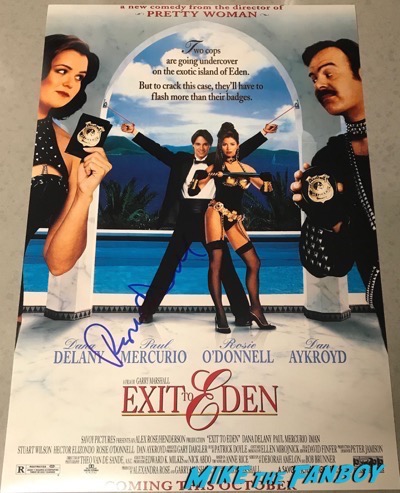 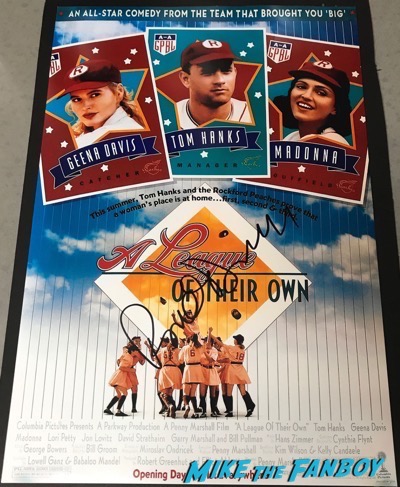 When Rosie saw Scotty’s A League of Their Own poster signed by Geena Davis and Tom Hanks, she said, “I’m going to sign on Madonna, cause there’s no way in hell you’re getting her!” lol

Ed Begley, Jr. arrived and was running in. He apologized and said he would sign after because he was late. Doh!

Then I spotted Randall Batinkoff, such a nice guy. He was in one of my favorite films as a kid, called For Keeps. Super chill dude. 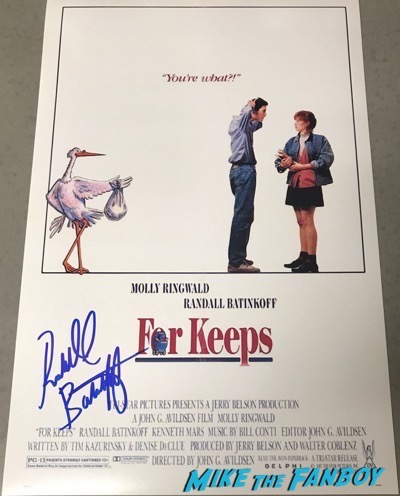 I had a counter standee for the film, but… a friend of mine lost it. Sadness…

So, all in all it was a fun afternoon, and then we got salsa which rocked! Apparently Patricia Heaton, Daryl Hannah, and some others went in another way. Sigh… Oh well… Until next time kids…