The man who brought the world Freaks and Geeks is back with another series I’m super excited about.

Of course I’m talking about Judd Apatow who was also behind The 40-Year Old Virgin, Knocked Up, etc… But come on… Freaks and Geeks!

Created, written and executive produced by Judd Apatow, Paul Rust and Lesley Arfin, Love follows nice guy Gus (Rust) and brazen wild-child Mickey (Gillian Jacobs) as they navigate the exhilarations and humiliations of intimacy, commitment, love and other things they were hoping to avoid.  Love is an unflinching, hilarious and excruciatingly honest take on modern relationships.

Check out the first look still from the series below! 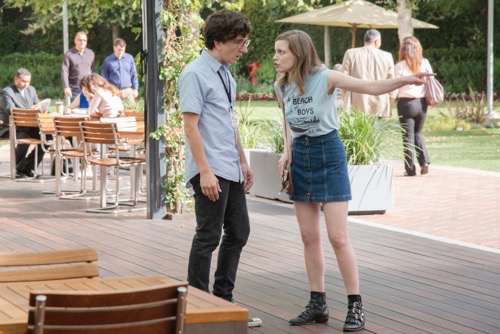