JM has an awesome review of the Amanda Seyfried film “Lovelace” which is scheduled to hit theaters this week. Personally it’s been high on my list for a while now, with an awesome subject matter and a killer cast, I’ve been wanting to see it.

Plus, who doesn’t love Amanda Seyfried? She rocks! 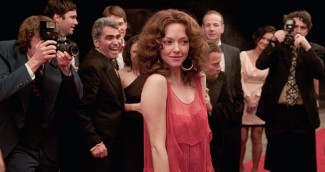 The lovely Amanda Seyfried stars as the titular character, who lives with her working class parents (played by Robert Patrick and Sharon Stone) in Davie, Fla., after giving up her child born out of wedlock for adoption. After leaving New York, she longs to be like every other 21-year-old seeking excitement. After go-go dancing at a roller rink with her friend Patsy (Juno Temple), Linda meets two-bit hustler Chuck Traynor (Peter Sarsgaard) and soon the two became inseparable despite his domineering nature. Linda sees his charming ways as her ticket to freedom, but Chuck unleashes his overbearing side once their married. 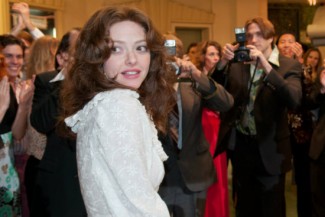 Unlike most movies based off true stories or inspired by real events, “Lovelace” depicts the film from both perspectives of Linda and Chuck. Their poisonous relationship reveals the worst in people and brings together a valid point, why can’t we discard toxic people and why are we always defending their actions? This poisonous connection should deeply disturb filmgoers and Sarsgaard deserves much of the praise. 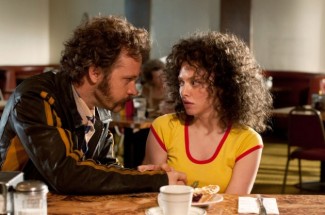 Immediately while watching the film it felt like “Star 80” for the new millennium about abusive relationships with a spectacular supporting cast. The parallels became even more apparent with the casting of Eric Roberts in a small role, but the main reason to watch this film is the leads. Both Seyfried and Sarsgaard create compelling characters worthy of your attention. Ever since her performance in “Mean Girls” and “Veronica Mars,” Amanda Seyfried has turned heads with her looks, but much like her “Les Miserables” cast member Anne Hathaway a few years ago, she has broken away with grittier, demanding roles. “Lovelace” should warrant serious discussions about Amanda’s acting chops after giving an amazing, gutsy performance. Over the course of the film, Seyfried seamlessly transitions from a young, naïve woman into a battered, broken down woman adorned by millions, who can’t escape her malicious marriage. Seyfried’s impressive range really compliments Sarsgaard’s sleazy character. 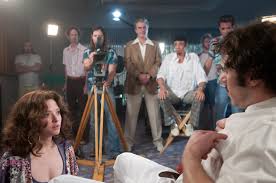 Much like Steve Buscemi, Sarsgaard can perfectly portray the crazy, creepy guy next door and once again provides another astonishing performance. Every frame Chuck’s on screen, the audience remains on the edge of their seat anticipating his next despicable move and shakes their heads in disgust. This role will go down as one of his best and will leave a nauseating impression on filmgoers. Great performances evoke dramatic attitude shifts and “Lovelace” provides two from its leads.

The almost unrecognizable Sharon Stone headlines an impressive supporting cast, but certain choices on the filmmakers side showcase last minute shifts made in production like the absence of the highly touted Sarah Jessica Parker’s portrayal of Gloria Steinem and the almost nonexistent feminist journalist played by Chloë Sevigny. This is one of those cases where casting stars ruined certain aspects of the film instead of allowing audience members to appreciate the film as a whole and completely immerse themselves into the story. Additionally, the non-linear film flash forwards and returns back a few times to create a clumsy dynamic. Considering the impressive back story about “Deep Throat” and Linda Lovelace, there were more appealing aspects of her life that weren’t addressed and leaves the audience unfulfilled. 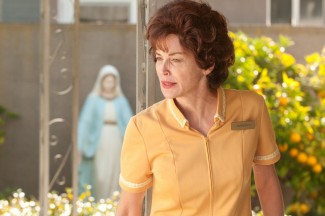 Although Academy Award winning directors Rob Epstein and Jeffrey Friedman directed an interesting biopic, this film only exists as a showcase for the two leads and nothing else. Most filmgoers will find it a lackluster storyline in an average film containing two great performances. Beyond Seyfried and Sarsgaard, the film is iffy at best. 2 ½ out of 4 stars. 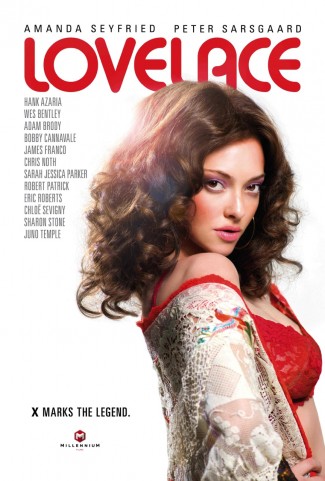