MTF Reader Justin was out and about on the streets of New York and headed to the Lovelace premiere! I have to tell you, I’ve been looking forward to Lovelace for a while now. I love me some Amanda Seyfried and I love that 1970s era… Plus, the cast is pretty awesome!

Justin did a great recap from the premiere so check it out below! Hopefully, we’ll hear from from him in the future!

Thanks again for sending this in man!

I am a long time reader of the site and have been collecting autographs in New York City and by mail for two decades. Everything I collect I keep for my personal collection and never go out for a celebrity more than once if I succeed.

On Tuesday, July 30th I headed down to the Museum of Metropolitan Art for the NY premiere of Lovelace. This movie has a stellar cast and I hoped to walk away with some hard to get autographs. The crowd was pretty thin because Matt Damon’s new movie was premiering on the other side of town and the cast of Breaking Bad was making an appearance at the New York Times Building.

The screening started at 8pm and the stars started trickling in at 6:50. First to arrive was Chris Noth of the Good Wife and Sex and the City. I got Chris when he was on Broadway two years ago so I didn’t try for him but he signed and took photos with anyone who asked.

Next a limo pulled up and Sharon Stone emerged. Sharon seldom appears in New York and began signing. Sadly Sharon remained in one spot and kept signing for the same people again and again. A middle age woman with a dog snuck past security and ended up right next to Sharon and attempted to get her to pose with the dog which caused Sharon to immediately stop interacting with fans and go into the premiere. Sadly, I struck out on Ms. Stone. 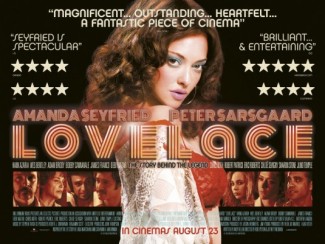 Third to arrive was Mr. Hank Azaria, the legendary voice actor from the Simpsons and Smurfs. Hank was very gracious and signed for and took pics with anyone who asked but refused to sign photos of Simpson characters that he voiced.

Next to drop was Adam Brody whom obliged all autograph and pho-op requests although I think many of the people asking were not sure who he was. 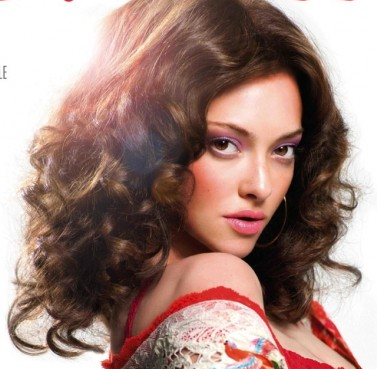 Debi Mazar followed Peter and ignored the fans heading straight into the premiere after posing for the phototags.

Last to arrive from the cast was the star of the film, the lovely Amanda Seyfried. Amanda worked the barricade signing away until a dealer accidentally hit her in the eye. Amanda stopped signing as her assistant redid her eye makeup which had become smudged when she was hit and after one or two more autographs Amanda headed inside. 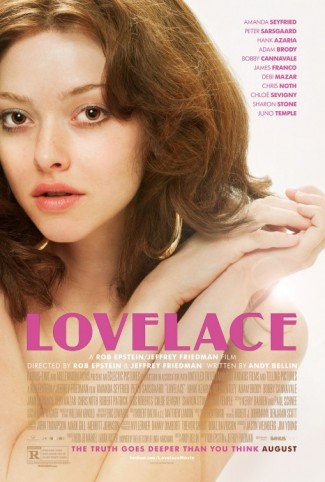 in the minutes before the screening was to start a slew of stars not in the film came. Carrie Preston of True Blood and Zooey Mamet of Girls neither of whom were called over by the dealers or fans. Legendary musician Lou Reed walked up and was in the door before anyone recognized him. Dr. Spock himself, Zachary Quinto also showed up and unlike previous premieres of movies he is not in that I have seen him at he actually came over and very briefly signed and took pictures.

James Marsden of X-Men who is in town for 2 Guns press came and ignored the pleas of dealers and fans to come over. Justin Long walked up right when the film was starting and told the crowd he would stop on his way out.

Cast members James Franco, Juno Temple and Wes Bentley were no-shows. Franco has been in London so I did not expect him there but was bummed that the other two didn’t make it out.

The crowd got much larger around when the film began because the Damon screening was in and besides Matt no big stars showed up and the Breaking Bad event was done.

I was glad to have gotten Amanda, Zachary, Hank and Peter on the way in. On the way out I wanted to get Ms. Stone and James Mardsen. Fifteen minutes after the movie began the cast save leads, Amanda and Peter exited. All signed and took pics on the way to their cars but Sharon Stone whom did not stop and Debi who took photos only politely declining all autograph requests. When the movie ended Ms. Mamet and Mr. Quinto did not stop despite requests for them to but James was kind enough to sign a ton and take photos for several minutes despite not being in the film. I was thrilled to have gotten one as I am a huge X-men fan. Lou Reed, Justin Long and Carrie Preston briefly stopped to sign on their way out as well. Amanda was last to exit and signed and took pictures again but was besieged with requests and left before getting everyone.

All in all it was a stellar premiere.