Not everyone can fly. Natalie Portman‘s pandering performance in “Lucy in the Sky” shoots into the atmosphere and gets lost in space with this insufferable, inconsistent space drama.

Astronaut Lucy Cola (Natalie Portman) returns back to Earth after an exciting, yet excruciating eventful time in space. Although the transcendent travel was a once-in-a-lifetime experience, Lucy begins a downward spiral suddenly slipping away from reality after coming home and can’t connect with her former life. Feeling isolated and insecure, she begins an affair with astronaut divorcee Mark Goodwin (Jon Hamm) to overcome a post-space syndrome. Lucy soon wrestles with the repercussions of her astronaut affair and questions the meaning of her existence. However, she soon stumbles upon the fact her lover begins another affair with an astronaut trainee, Erin Eccles (Zazie Beetz), causing Lucy to lose her remaining sense of reality. 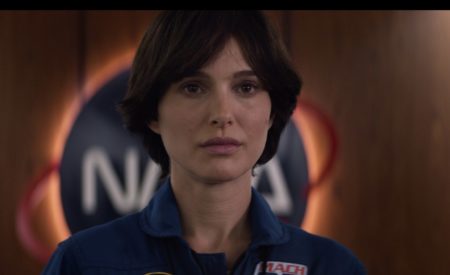 Inspired by the tangled trifecta of astronaut Lisa Nowak and her romantic involvement with fellow astronaut William Oefelein, “Lucy in the Sky” stumbles out of the gate missing the proper launch sequence. Despite the stellar supporting cast, the film fails to find flight and like the main character can’t quite grasp reality. The tailspin totally obliterates what could’ve been and mission control lost all influence to steer this mission in the right direction.

The professional, painstaking attempt at this interesting, interstellar drama makes you want to be anywhere, but in a movie theater. After a closer look, you can’t help but question where the lack of heart is missing? Everyone might say they love Natalie Portman, but that’s not enough to save the feature film debut of Noah Hawley (“Fargo” and “Legion”). The film feels like each “episode” or sequence would’ve been better perfected for the small screen, possibly as a miniseries. Everything gets lost in translation from the beginning and can’t quite recover. 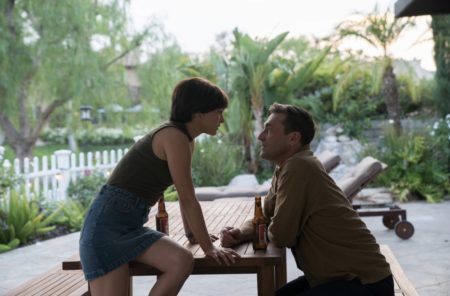 In the opening moments, Natalie Portman floats in space and visually you’re expecting quality like “Gravity,” “Ad Astra,” and/or “High Life” with the compelling cinematography. Unfortunately, it’s one of the rare and remarkable moments of the film. Suddenly, Portman magically acquires a “Texas accent,” which she didn’t possess in the first few moments in space, when she comes back to Earth. Sadly, her Texas twang tortures you as the film progresses with its prominence or magically disappears depending on when Portman remembers “its required.”

There are moments and glimpses as though Portman’s Lucy is attempting a horrendous Karl Childers (“Sling Blade”) imitation, albeit unintentional, prompting the viewer to mimic and repeat his infamous line, “I like the way you talk.” 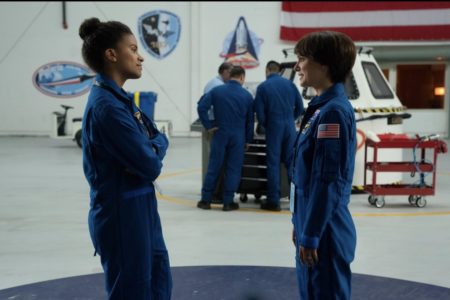 Trying to overcome a bad accent can prove challenging, but boy does the tone lack consistency throughout. You feel glimpses of “Gravity” and “First Man” with the space visuals, but more often than not you get a feeling of “RocketMan” spliced with “The Astronaut’s Wife” turning tragedy into one really ridiculous, bad two-hour joke. One of the biggest contributors certainly belongs to the frequent fast & furious editing swipes changing the ratio almost every 10-15 minutes for no solid purpose. Probably one day, college cinephiles can certainly create a drinking game generating more interest for what would otherwise be a nonsensical editing technique “for the sake of art.” Polly Morgan’s cinematography doesn’t do much better beyond a few fleeting moments and the foolish film aesthetics are accentuated even more with a boring, bland script. 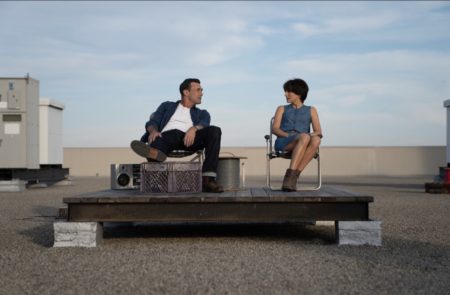 Awkward and atrocious dialogue definitely impacted the film forcing quality performers like Ellen Burstyn, Jon Hamm, Dan Stevens, etc. to meander around in a jumbled mess. Hawley’s haphazard writing skills diminished the quality creating a major what if scenario had he not co-written/directed this film. Considering his hit pedigree with co-creating TV’s “Fargo” and “Legion” it’s easily understandable why the studio took a chance. However, when you realize Noah Hawley had directed a total of (5) episodes on TV prior to his feature film debut, you’re left scratching your head. Why wasn’t Hawley chosen for either writing or directing instead of both? Hawley should refocus and take a sigh of relief as he’s not in bad company. Established TV writers/creators Matthew Weiner (“Are You Here”) and David Chase (“Not Fade Away”) garnered mixed results with their respective feature film debuts this past decade after creating two of the most iconic TV shows ever (“Mad Men” and “The Sopranos” respectively) so there is hope. 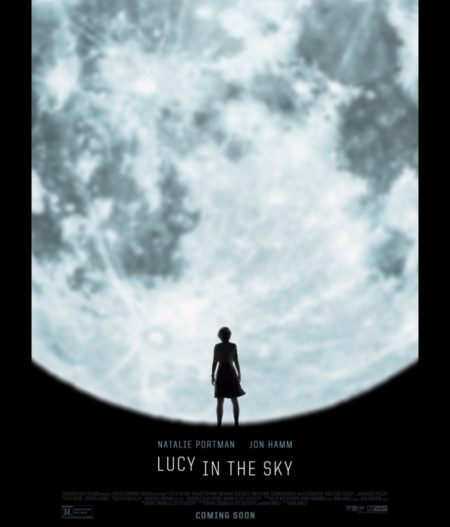 Early in the film and while in space, Lucy tells NASA, “A few minutes more,” and as a viewer you almost have to psyche yourself repeating this mantra in order to remaining seated. Much like Dr. Christen Szell in “Marathon Man,” you will start saying aloud, “Is it safe?” while enduring this treacherous two-hour sci-fi drama. I literally fell asleep in Natalie Portman’s previous film “Vox Lux” and somehow, I managed to trudge through this ludicrous film, which makes me question what is Natalie Portman pondering when choosing film projects nowadays? Clearly Oscar bait is a priority and unless you want to have an interactive experience spouting stuff at the screen I strongly advise to orbit around this tedious, terrible movie.