I am a huge fan of Robert Rodriguez; I have been ever since The Faculty! Don’t judge me… I loved that movie… Anyway, the director of Machete and Desperado was doing a rare talk show appearance to promote Spy Kids All the Time in the World. CB was on the scene, I know you’re shocked right? He brought his Sin City DVD… So, while I know that Robert is fan friendly, hopefully, he’ll have some luck!

NANANANANAN, CB, CB, CB! Today I am pretty pumped because I am going for one of my all time favorite directors, Robert Rodriguez. Robert has done so many great movies, From Dusk Till Dawn, Sin City, Desperado, and Planet Terror. He was the producer of one my favorites from last year as well, Predators.

Okay, I loved Machete too! When I saw he was doing a talk show taping, I knew I was going. I had my DVD covers from Sin City and a photo of him, but the main goal was to take a photo with him. AND CB IS OFF!

4:00: I arrive and there are only three others here. Its funny, but he should arrive any minute now.

4:45: We see Robert arrive and we yell for him and he talks to security and comes right over. 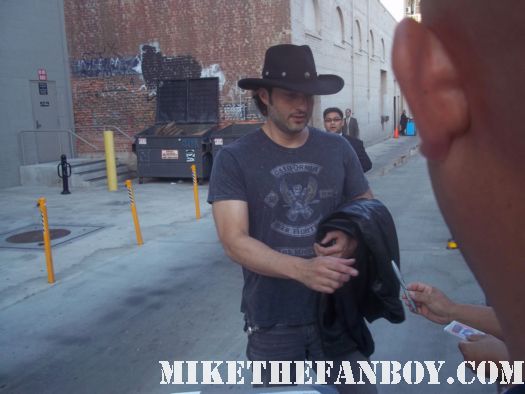 He’s super fan friendly. I see he is signing everything you have and taking photos. He gets to me and I get my stuff signed and then he takes a photo with me. Really cool guy! 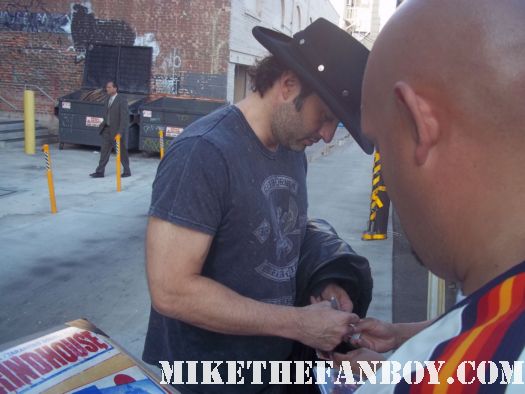 Robert WAS FREAKING AWESOME! Totally happy with how it was quick, early and great. I got home in time to make other plans, which is a rarity. Until next time, same CB hour, same CB channel, same CB BLOG!!! KAAAAPPPPPOOOOWWWW! 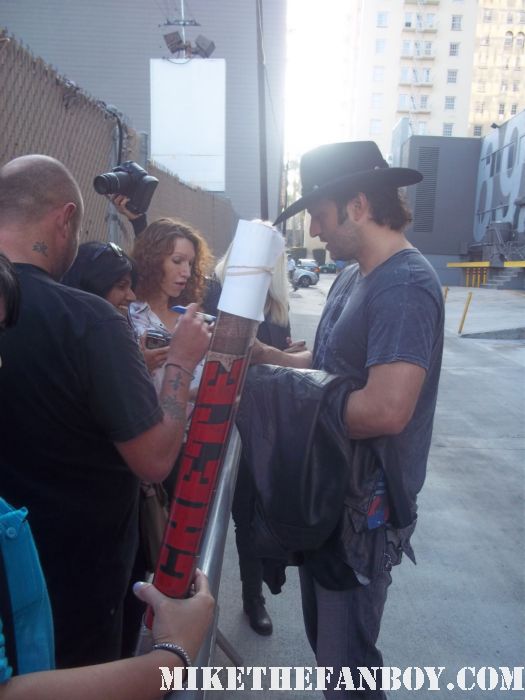