Russell was off on a family vacation and what did he do.. He fanboy-ed! I mean why not right? How many Strawberry Daquirri’s can one drink right?

The Microsoft Store has had some great events lately and Russell was able to go to the Macklemore, Ryan Lewis and Neon Trees show! Plus, he got an awesome bonus thanks to Twitter!

As Ace always says…..there’s always an opportunity out there somewhere and even on vacation in Hawaii we had another great experience hanging out with a few musicians that I really have not heard of before (heard of their songs, but not who performed), but now have become a fan.

So if people have been following all the Microsoft Store grand openings they have been putting on free concerts for those lucky people that are able to get a wristband as well as doing meet and greets for the first 100 people. I remember the Maroon 5 one in Palo Alto and people were nuts sleeping over 2 days before. Anyway, Microsoft was opening their new store in Ala Moana (Hawaii’s biggest mall) and my son really wanted to go see Macklemore and Ryan Lewis and Neon Trees. So for this concert they were going to hand out wristbands for 2500 people with the first 100 getting VIP seating and the meet and greet. 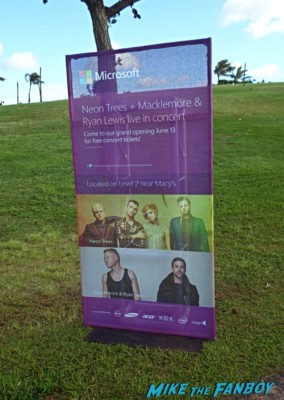 People were able to lineup the night before at 10pm and they would be giving out wristbands at 11am the next day. Didn’t expect it to be that hard core and didn’t really care about meet and greet so my friend would go down the following morning. The 10pm news show that night though showed over 2000 people lining up and it was crazy. 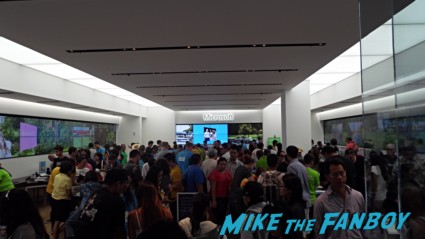 Well, there goes that idea. 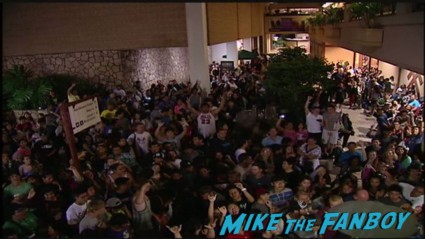 Macklemore and Ryan are a Seattle based duo and Ryan went to U-Dub (University of Washington) and decided to tweet and play up the Husky angle of both being alumni and tweeted the manager. Of course you wouldn’t expect a reply, but you don’t get unless you ask so I tweeted and sent pictures of the family with Husky sports figures (Nate Robinson, Brandon Roy, Jake Locker) to show proof we were legit alumni and guess what……the next morning I got an email saying to meet them in lobby before concert. Holy crap….it worked again (I will have to tell you one day of Immortals/Freida Pinto story).

So we go to hotel and pick up tickets from their manager and all of them are in lobby getting ready and so we are able to get pictures and autographs right away as there was no crowd (no one probably knew who they were as I wouldn’t if I didn’t see a pic of them). 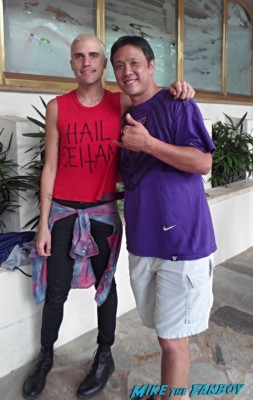 Pretty cool chatting with them and talk about the Pacific Northwest. Mackelemore has really an incredible story to his rise to fame and if you listen to his lyrics he speaks about it. 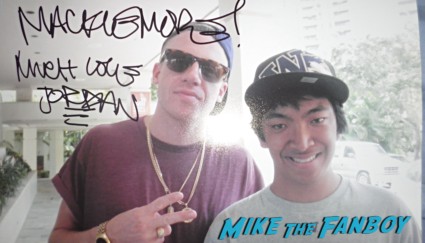 Concert was great and Microsoft really knows how to do a great opening with free food and drinks and promoting community awareness. 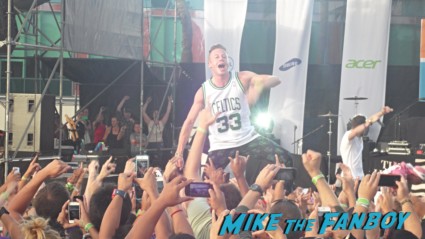 Actually became a fan of the Neon Trees as they really sound like a retro 80’s band like Human League or Aha. They have a few hits that are on commercials and that I have heard of on radio. 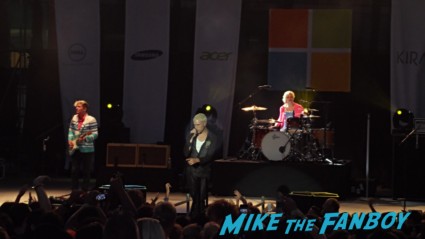 After the concert I wanted to get a small gift and drop it off at the front desk for their manager. As we cruised around the hotel we saw some of the other band members just cruising around as well as Tyler Glenn (lead singer of Neon Trees) 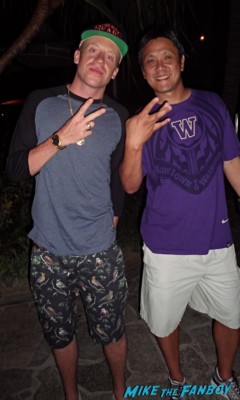 and Macklemore and Ryan. Again all were really down to earth and got to talk to them about their concert tour coming up and their experience in Hawaii. 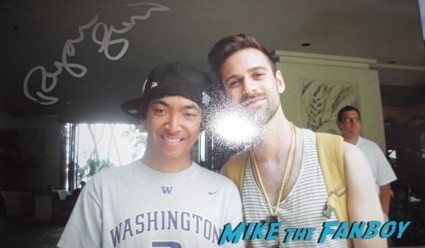 All in all a great once in a lifetime experience for my son that he will remember his whole life and can tell his kids one day. That is all this hobby is about at the end of the day…..memories. 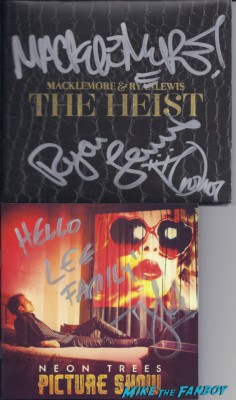 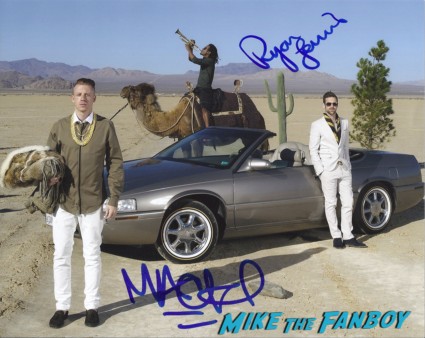 Check out Russell’s Photos and videos from the concert below! 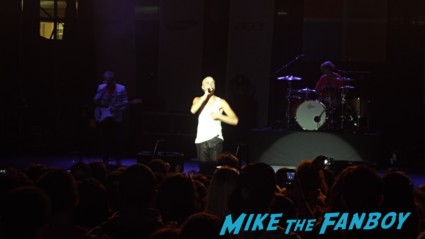 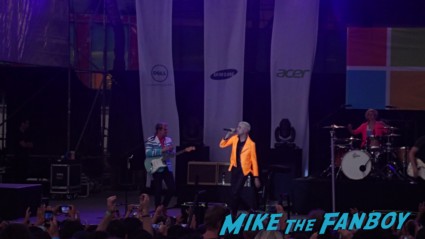 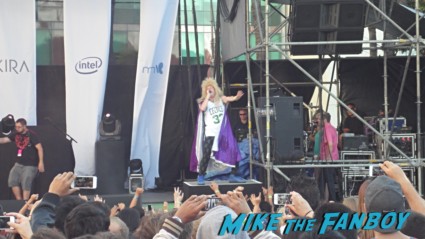 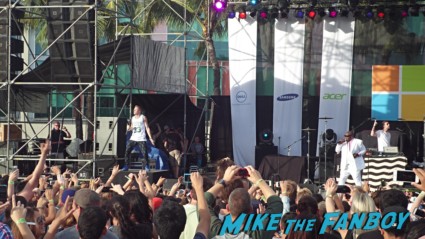 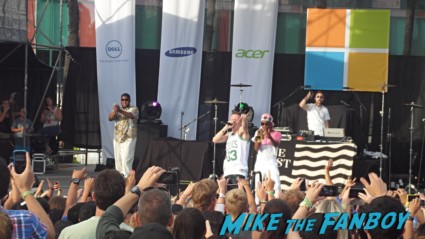