The world’s oldest profession. You hear that line from all walks of life, but “The World’s Oldest Profession” is just that. Whether you’re a pretty woman, getting into some Risky Business, or just visiting The Best Little Whorehouse in Texas, prostitution has been gracing screens large and small for decades. 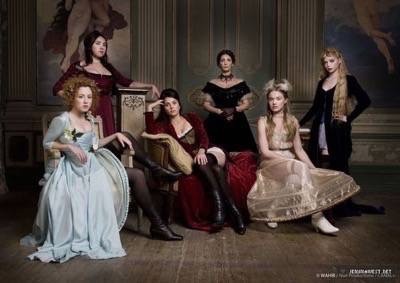 In the latter half of the 19th century, a group of young ladies engage in “The World’s Oldest Profession” and make up the ensemble of Maison Close. The French import finally makes it’s way stateside and is out now on blu-ray. The 19th century, as seen through the eyes of Baz Luhrmann with a pop score makes up the style of Maison Close and for the most part, it works exceedingly well. 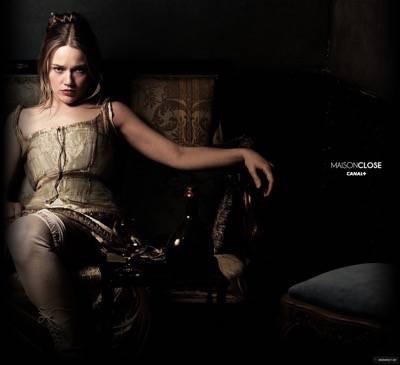 The series is like watching a historical soap opera, but as viewed through a modern lens. There is a distinct female empowerment that the series champions which probably was slightly impossible in the 19th century. Maison Close follows three main characters, Vera (Anne Charrier) a prostitute who is in her 30’s and is quickly passing her prime, Rose (Jemima West) the innocent girl who shows up at the door looking for her mother and Hortense (Valerie Karsenti) the housemother who is swimming in debt and trying to keep her business going. 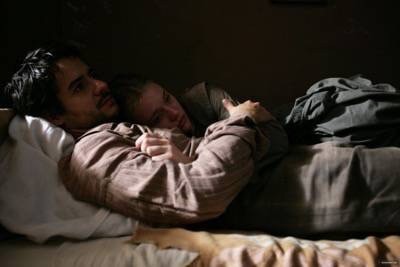 Each character has a fairly complicated backstory that continues to unravel through the first season. For instance Vera, sensing that her time as a prostitute is waning wants to move on and in with her lover Barn Du Pleases (Quentin Baillot). Her exit is not going as swiftly as she would like. 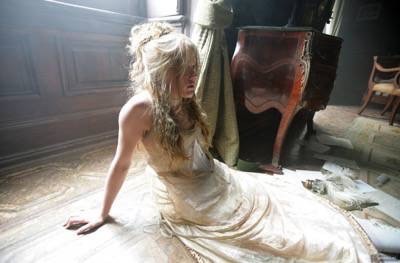 In the meantime Hortense is falling under the thumb of her controlling brother (Nicolas Briancon) and Rose continues to look for her lost mother and adjusting to life as a prostitute. Each of the stories intersect with a soap opera like flourish and are intersected by sex scenes that would make the cast of Fifty Shades of Grey blush. 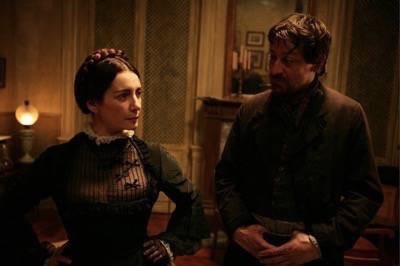 The great thing about Maison Close, is that each of the three leads are excellent actors. They know their characters well and add depth and layers where none may exist in the script. You really feel what each of these women are going through and at the end of each episode you want to see what happens next. I found myself getting really sucked in to their journey. 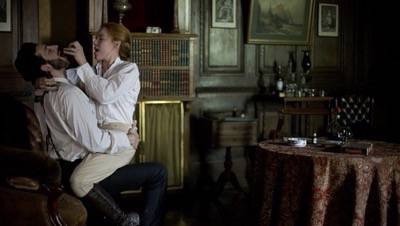 The contemporary score might be an issue for some people, but I thought it added something to the series. It took a minute to get used to, but once I embraced the sometimes irony of the songs and meaning behind them, I thought it was a refreshing choice. 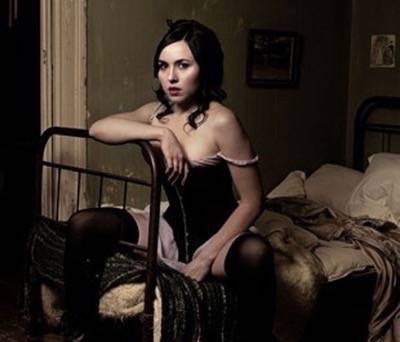 Maison Close arrives on blu-ray in a fine transfer. The series was shot digitally but oftentimes has a distinct theatrical production. This is amplified by the excellent production quality. The details are crisp and clear, even if the entire series seems shot with amber floodlights. It’s probably meant to insinuate the lighting that oil lamps and fireplaces give off, but it is a bit much at times. 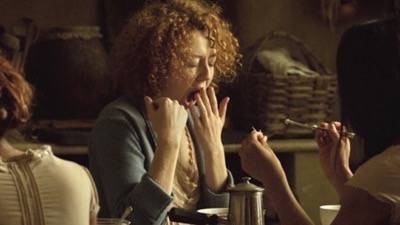 Sadly, Maison Close doesn’t contain any special features of note, which is a shame because a behind the scenes look would have been great, perhaps a featurette of the set decoration? There is a brief season 2 preview. 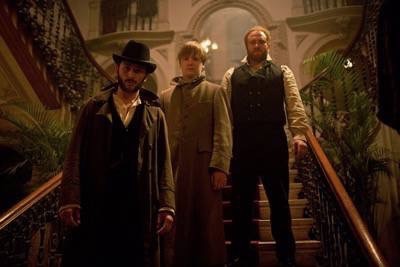 Overall, I really enjoyed this trip into the 19th century. The sordid and steamy world is a fun place to visit now and again and I think you might enjoy the tantalizing thrills it has to offer. If you like your sex a little sudsy with a dash of 19th century sparkle, you’ll really like Maison Close.

Season one of Maison Close is out now on blu-ray! 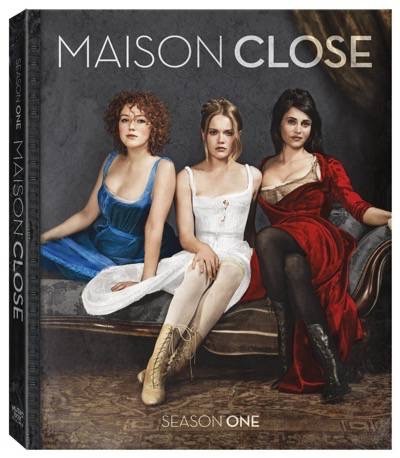