Home / Manic Mondays! • Pretty In Pinky / Manic Tues?! Pinky Joins In On Carpool Karaoke After Meeting James Corden! And Throws a Touch Of Shade On Some Unfriendly Casts!

Pinky, the luscious, yep, a new nickname is a-brewin’ (in my cold induced haze) headed out to meet James Corden at a FYC event for the Late Late Show.

She had a blast!

Hello, my lovelies. Pinky Lovejoy-Coogan here grateful for celebrities who truly value their fanbases. After attending four FYC (For Your Consideration) events in a row, you really start to appreciate the ones who take their time with the fans after the presentation. Actually, to be fair, three out of the four did a really good job. 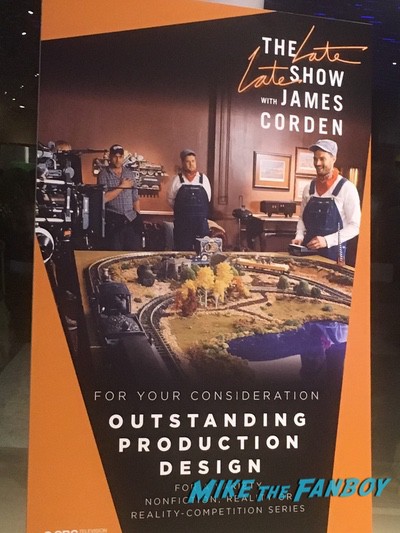 Out of the same four, one was horrendous and one was over the top awesome. Today we’re talking about the over the top awesome one, which was none other than James Corden. Now, this wasn’t the first time I’ve met James Corden, but it was the first time I’ve attended an FYC event for his show. Based on the rave reviews we heard last year, I made sure that we were able to attend this year to see what all the fuss was about. What a great night! 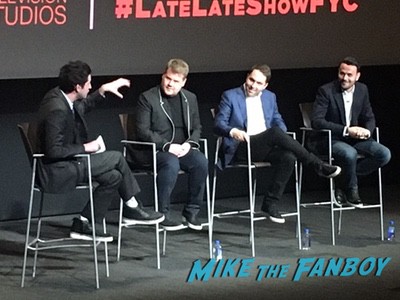 Not only was the Q&A lively (although anything moderated by Ben Schwartz is a WIN), but they had a fun photo opportunity, 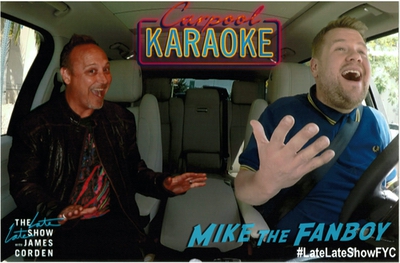 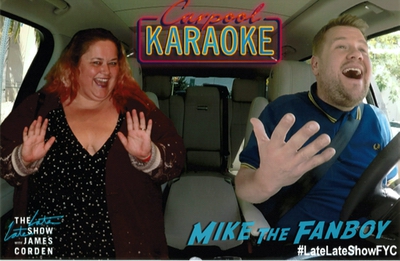 delicious treats that were themed with the show, and, the most impressive part in my opinion, James Corden himself posed with anyone who wanted a picture.

And here’s the thing – I don’t know the reasons behind the celebrity guests who run away like the fans have the plague – there are ways to make it happen where everyone gets what they want. In James’ case last night, he was in a specific place that was surrounded by security and his people. At no time was he in danger, nor did he rush anyone through or make them feel like it was some obligatory thing. Whoever wanted a picture (and, believe me, it was LONG line), waited in line. For a long time. But, as you were in line you could see why the line took longer than usual and I’m never going to fault a celebrity taking time to interact with fans. That was heroic on his part. He didn’t have to do that, but you know what? I’m so happy he did. And it does make me want to vote for his show more – a lot more than the show (which I won’t name) who had their cast run off the stage like they were on fire and ignore everyone. Even if a reception is flowing with food and drinks, if the stars don’t mingle, even for a bit, it bums me out. Now, they don’t have to do anything. They’re not required by law to mingle. However, I really, truly, appreciate it when they do. These FYC events go on for a long time and take up a lot of time (getting there, waiting in lines, dealing with the crowds, finding a good seat, battling security, etc), so it’s really nice when the shows we make the time for, reward us back. Thank you, James. You are truly a superstar. 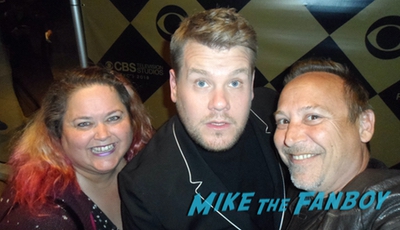