This is such a great recap!

Pinky and Keith headed down to Hollywood Babble-On for a fun night out. Not only did they get to meet Kevin Smith, but Kevin brought Keith on-stage for a fun night!

Hello, my lovelies. Pinky Lovejoy-Coogan here beyond thrilled with our unexpected and unbelievable adventure this weekend. I’m still walking on air! On Friday night Keith and I decided to head to the Improv to watch Hollywood Babble-On starring Kevin Smith and Ralph Garman. 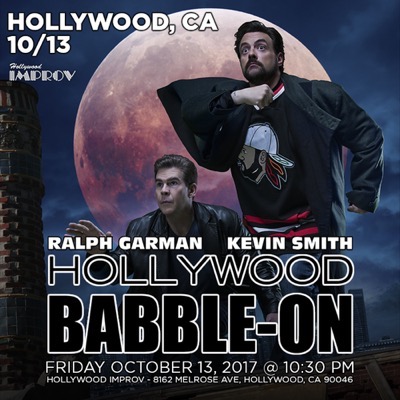 I’d seen the show once before, but it was a long time ago (when it was still done at the Jon Lovitz Comedy Club) and I’d snuck Sammy into the show in a purse, so I was kind of distracted that my dog kept barking throughout the show. Anyway, Keith had never seen it, so I thought it would be a fun treat, since we’re both huge Kevin Smith fans. Several months ago I had a great experience with Kevin when I was telling him this story about Keith and Kevin said, “The dishes are done, man!” Because of that, I thought it’d be cool to bring a dish to the taping for Kevin. As we didn’t want to hold it throughout the show and weren’t sure how easy it would be to catch Kevin on the way out, we decided to take a chance and wait by where the performers park. As I’d never waited there before, I wasn’t sure how it all worked or if we were even in the right spot. When Kevin arrived, a security guard told us that he was heading to the show and we could try to see him after (it was pretty close to starting time, so we totally understood). We said no problem, we just had a little gift for him, so if they could let him know, then perhaps we could give it to him after the show. The security guard asked our names, we told him, and then we walked away and headed up front to get in line for the show. We’d only walked about five feet when the security guard starting calling us back and saying Kevin wanted to see us! We couldn’t believe it! Not only did Kevin give us a few huge hugs, but he was the coolest thing ever! We were able to give him the dish, grab a picture with him, and have a great conversation. 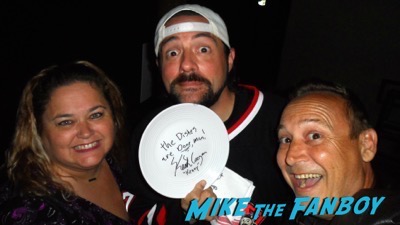 He asked if we were going to the show and we said yes and then headed inside. 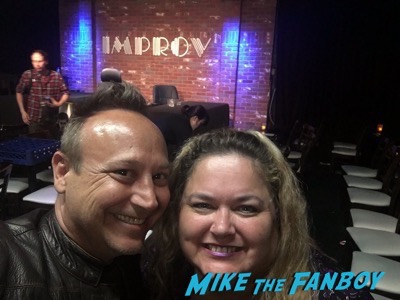 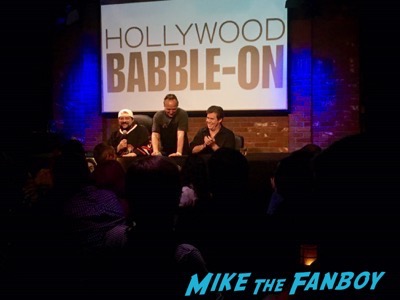 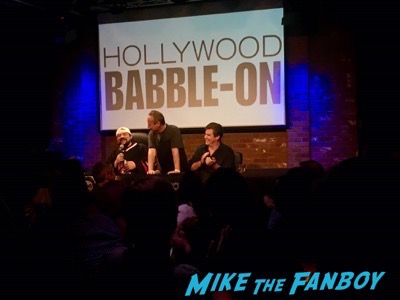 Such a great experience! If that had been it, we were still thrilled, but then something even more amazing happened. Kevin started the show out by telling everyone about the experience and asking Keith to come onstage with them! It was so surreal we still can’t believe it. You can listen to the entire show here (but the stuff with Keith happens pretty much right away): 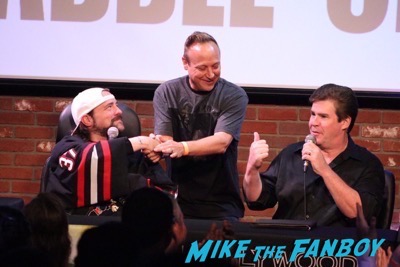 What an incredible night made even more so by the kindness of Kevin Smith. Over the years I’ve had the opportunity to meet him on several occasions as a fangirl and each time he’s been so friendly and sweet. He’s never made me feel like an inconvenience and is always incredibly fan friendly, which is so appreciated. Thanks, Kevin, for being such a rock star and thanks for making our night! 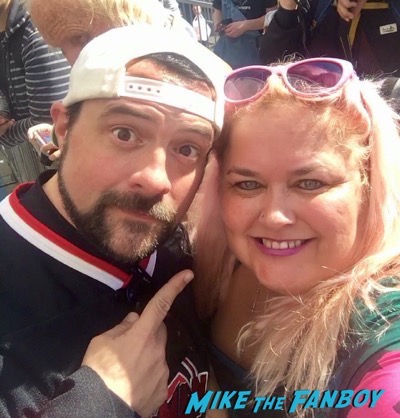 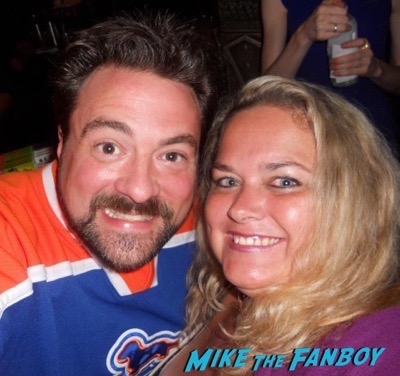