I have to tell you, I was so happy when I saw the subject of this weeks Manic Monday! I was literally watching About Last Night… and the other day and I said to myself… Damn Rob Lowe has been in everything! Plus, it fits in nicely with Billy Beer’s report from the Parks and Recreation set! I swear I love it when everything comes together!

So many Rob Lowe movies are in my personal favorites list, Youngblood, A View From The Top, About Last Night…, The Outsiders, St. Elmo’s Fire.. Damn, he really has been in everything!

Check out Pinky’s time with the brat pack star after the jump!

Hello, my lovelies. Pinky Lovejoy here still in awe of the wonderful Rob Lowe who never ceases to amaze me. Although it’s been over a year since I had this incredible encounter with him, it still makes me smile to think about it. You may recall how excited I was about Rob’s memoir, Stories I Only Tell My Friends, when I wrote about it last year. I LOVED this book and still encourage everyone to read it. Because of this, I was stoked to see that he’d be appearing on a talk show last October. Although I’d already met him a few times, it was before I read his book, so I was anxious to get it signed and tell him how much I loved it.

Now, it’s not often someone in Hollywood is incredibly attractive, intelligent, and fan friendly, but Rob Lowe is just that. He’s the real deal. He’s found a way to make peace with his celebrity and really appreciate it after a life filled with ups and downs including a highly publicized drug problem. I love how dedicated he is to family, his craft, and broadening his horizons. He’s pure screen magic on Parks & Rec, which is one of my favorite shows, and he was heaven in the classic ’80s film “St. Elmo’s Fire.” Suffice it to say there are very few things I enjoy looking at more than Rob Lowe’s strong jaw and handsome good looks. 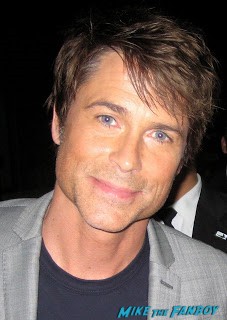 The best thing about Rob’s talk show appearance, other than Rob himself, was that the lovely Anushika was there to photo document the experience. 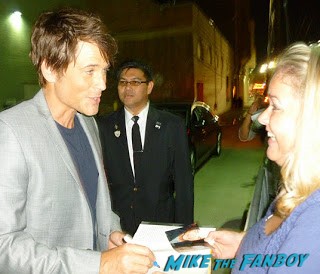 She was able to capture me totally bumbling and gushing to Rob about how much I loved his work and his acting in the Sundance film “I Melt With You.” 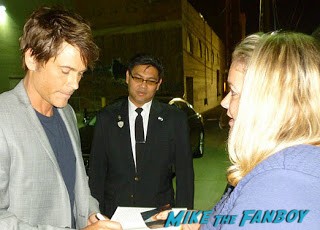 Rob took his time with the entire line, signing away, and taking photos with anyone who asked. He could not have been sweeter. I left that night on cloud nine and loving him even more than I do now. 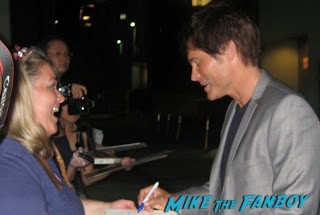 I appreciate nights like that, especially when there are times you love a book and the author barely recognizes his fans (ahem, John Taylor). 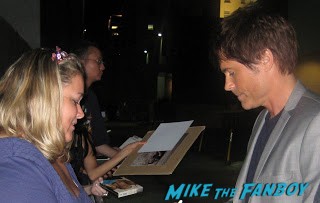 If you’re not familiar with Rob Lowe’s book, Stories I Only Tell My Friends, or his acting, I encourage you to do so, as he will blow you away in both dramas and comedies. 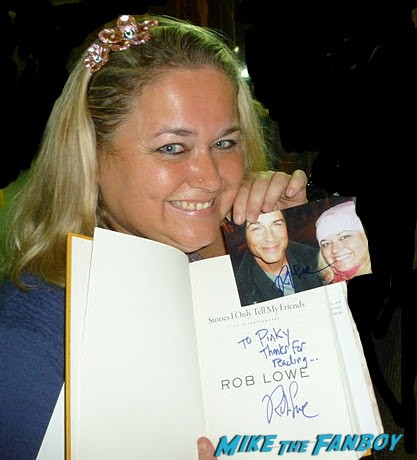 Seeing him in Wayne’s World years ago endeared him to me even more. I love people who can make fun of themselves and look good doing so. 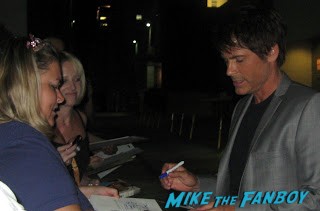 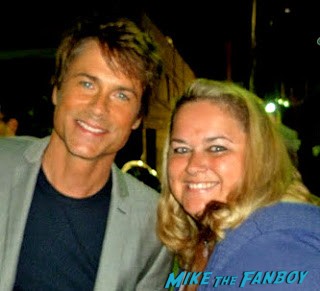 For additional pink fodder, please visit www.pinkylovejoy.com, or follow me on Twitter @pinkylovejoy. As always, have a pink day! 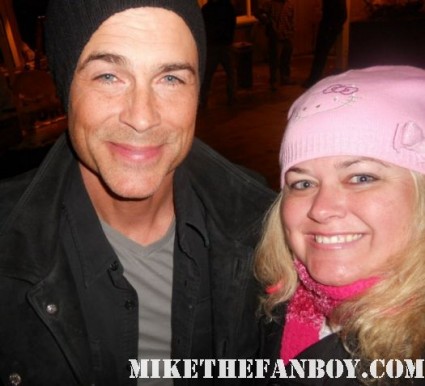 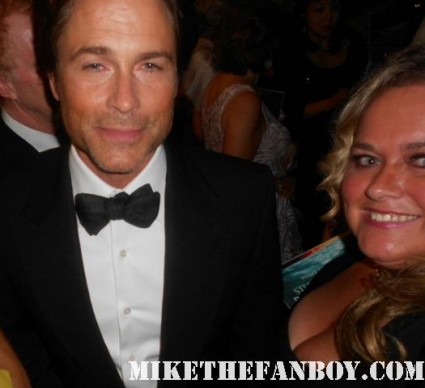