Yep, for this weeks installment, the saucalicious Ms. Pinky Lovejoy talks about meeting the one… The Only… William Zabka! I know you all know who he is! He played the evil villain Johnny in Karate Kid, as well as European Vacation, Just One Of The Guys, Back To School and more!

I have to tell you, growing up there was no one more evil than William Zabka! He played the best bad guy!

Check out Pinky’s report about meeting William after the jump!

Hello, my lovelies. Pinky Lovejoy here still geeked out after meeting the one and only William “Billy” Zabka at the Chiller convention a few weeks ago. Growing up there were very few movies quite as cool as The Karate Kid and Billy Zabka was the perfect villain as “Johnny.” 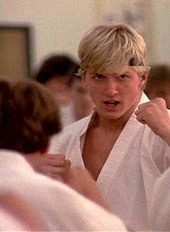 I was lucky enough to meet Ralph Macchio a few years ago, 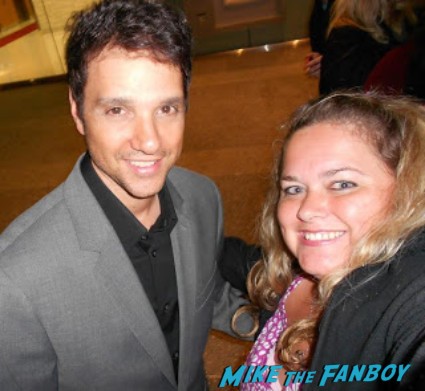 but I’d never seen Billy out and about before until I saw his name on the guest list for Chiller. 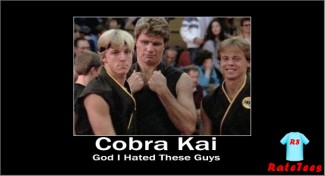 Other people must’ve been as excited as I was because his booth was packed all day – he always seemed to have a line of people waiting for him. 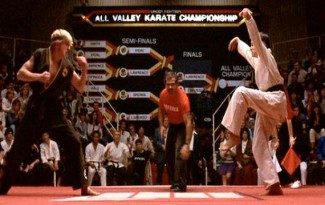 But, Billy took it all in stride – he chatted and flirted and hugged all the girls who came through. He loved all the attention! 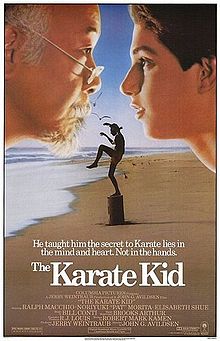 And, boy, are there still super crazy Karate Kid fans out there. I had no idea there were that many shirts still around! 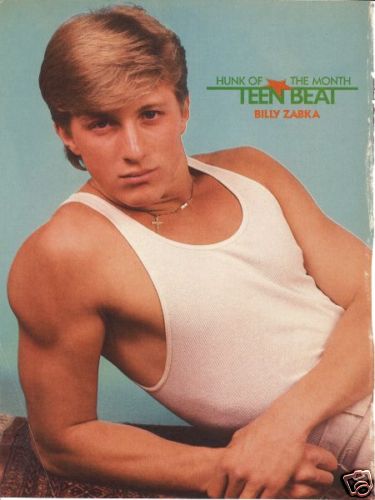 Great to see ’80s stars embracing their roots – instead of shying away from his Karate Kid legacy, Billy Zabka runs with it and loves every minute of it. Wish others would do the same (I’m looking at you, evil red-head from John Hughes films). 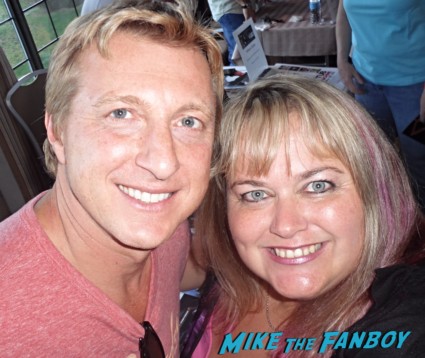