Home / Fanboying! • Manic Mondays! • Pretty In Pinky • Stars of the 1980's and 1990's / Manic Mondays! Pinky Has A Baby! Well… She Meets Elizabeth McGovern And The Cast Of She’s Having A Baby That Is! With Kevin Bacon! Alec Baldwin! Downton Abbey Goodness!

However, I will always love Elizabeth McGovern not as Lady Cora but from She’s Having A Baby! I loved that movie and can still see the trailer playing in my head. In fact, last year I saw the DVD while at Wal-Mart in Kentucky and I was like, “Mine!”

Pinky of course has pretty much met everyone who has had an under five let alone a major part in any movie. So, join us if you will on an exploration… Of… She’s… Having… A.. Baby!

Hello, my lovelies. Pinky Lovejoy here thrilled to no end to learn that my beloved Downton Abbey has been renewed for a fourth season. The BBC period piece which airs on PBS is truly a masterpiece and if you’re not watching it, you’re missing out. 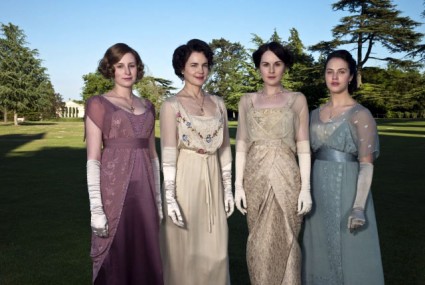 For a long time I resisted watching, as it didn’t sound good to me at all, but once I started, I was totally and completely hooked. I worship this show and cannot get enough of it. Before I started watching it, I didn’t know anyone from the cast except for Elizabeth McGovern who’d been missing from the acting world for seemingly a long time. 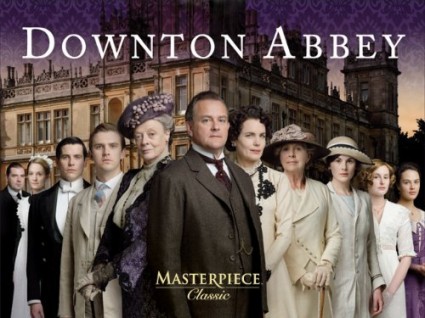 I remember loving her performance in the campy ’80s film, “She’s Having a Baby,” and have always wanted to meet her, so when she was nominated for an Emmy for her role as Lady Cora in Downton Abbey, I hoped I’d have my chance. It’s so funny to me now that I was way more excited about her being in the ’80s movie when we met because once I got hooked on the show I can only think of her as Lady Cora. 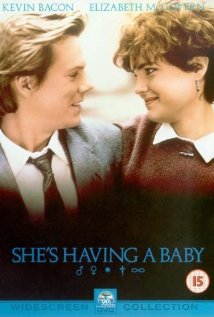 Still, there was a time I didn’t know any of that and just loved her for her heartfelt and adorable performance as Kevin Bacon’s wife in the ’80s film, “She’s Having a Baby.” It’s hard to believe the cast were so young – look at them! You can barely recognize Alec (especially compare to how he looks now). 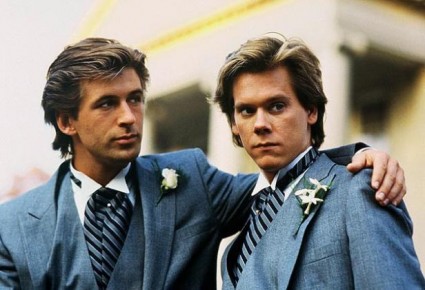 I had the opportunity to be only one degree from Kevin Bacon several years ago at Sundance. At the time I couldn’t decide which of his performances I enjoyed more – “He Said, She Said,” or “She’s Having a Baby.” Both films starred an Elizabeth (Perkins and McGovern, respectively) and both were fun little romantic comedies. Kevin was cool and I’m happy to report that I didn’t say anything silly (like how I was only one degree away from him). 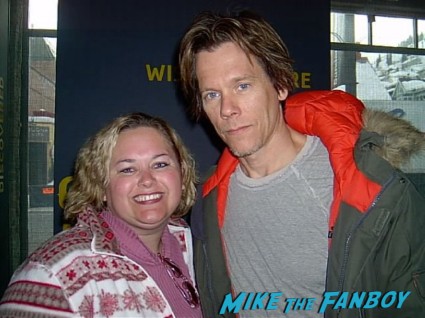 Last year I was able to meet Alec Baldwin at his star ceremony and found him to be a lot nicer than I expected. 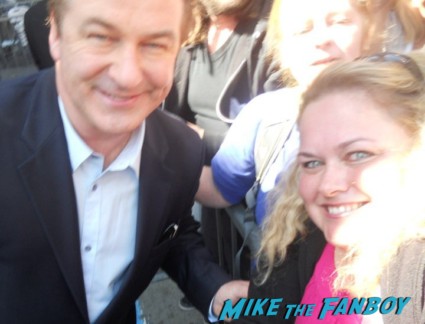 Elizabeth McGovern went totally out of her way to come over and pose for me at a pre-Emmy party because I yelled out how much I loved her in “She’s Having a Baby.” If I saw her now, I’d most likely call her Lady Cora. Yeah, I’m that girl. 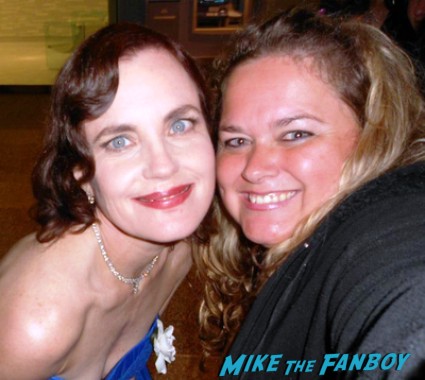 I’m so happy I was able to meet the primary figures from this film, especially Elizabeth McGovern. She’s brilliant on Downton Abbey and deserves all the accolades she gets. For additional pink fodder, please visit www.pinkylovejoy.com or follow me on Twitter @pinkylovejoy. As always, have a pink day!