Home / Fanboying! • Pretty In Pinky • Stars of the 1980's and 1990's / Manic Mondays! Pinky Says Schools Out For Summer! When She Meets Alice Cooper Not Once But TWICE This Month! Autographs! Photos! Crochet?

I’m sorry, but it you don’t know School’s Out, one of the most popular songs ever, you’ve been living under a rock. It’s a classic and so it the subject of today’s Manic Monday, Mr. Alice Cooper!

No matter what Pinky says, she loves being a metalhead. I know she’s going to deny it, the Duran Duran love is just a front… Okay, I’m kidding, but Alice Cooper is a living legend.

The luscious Ms. Pinky met Alice not once, but TWICE! hot damn!

Hello, my lovelies. Pinky Lovejoy here excited to tell you about meeting Alice Cooper not once, but twice over the past few weeks. Now, I’m the first to admit that I’m not a metalhead by any means. 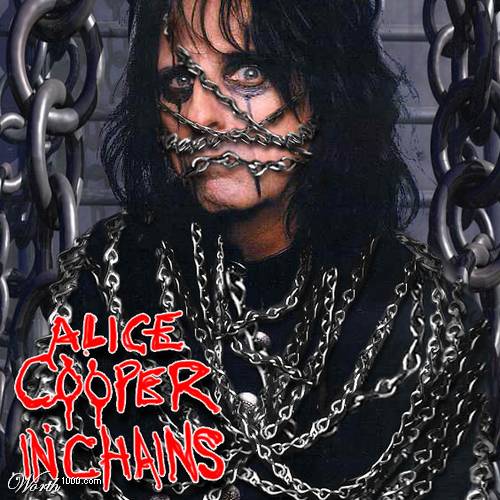 However, I can appreciate hardcore rock fans and I know a musical great when I see one. 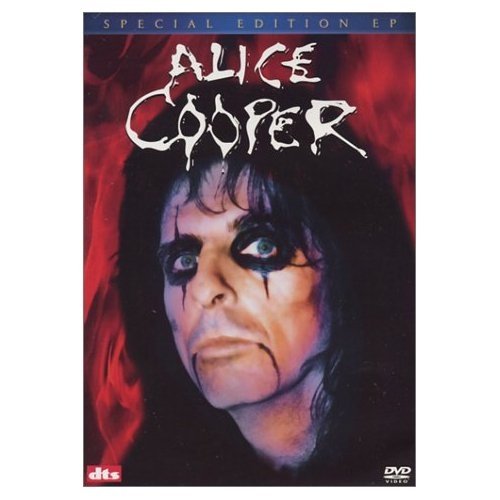 From what I understand, Alice Cooper was the original Marilyn Manson. 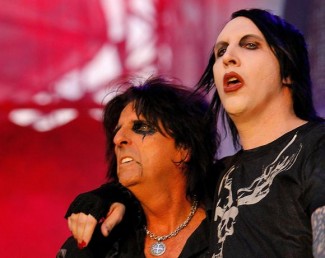 So, I find it almost humorous that he’s also a huge golf fan – for some reason those things don’t seem to go together in my head. But, it’s true – Alice is such a big fan, in fact, that he wrote a book about it. Go figure. 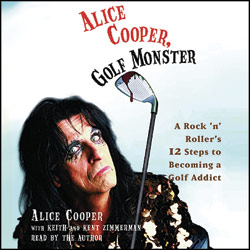 I mention the golf because a few weeks ago I had the amazing opportunity to see Alice Cooper at a celebrity golf tournament in Palm Springs. I was there with my girl Lindsay from www.iamnotastalker.com and since it’s such a long game, I had my crochet with me (as I usually do) so that I had something to do while we waited. When Alice Cooper came around, he drove his golf cart right up to me and said, “I have to hear the story about this.” I was like, “What story?” To which he replied, “The story on why you’re knitting in the middle of a golf tournament.” I told him I didn’t like sitting still and wanted to finish the baby blanket I was working on – I even showed him my progress so far and told him it was for my friend’s first grandchild. Alice liked the blanket and asked if I could whip him up a bullet proof vest. I told him I wasn’t sure if I could do that, but since I’d be seeing him next week at another event, would he like me to make him something else? He laughed. I had such a fun time with him and then we even took a picture together which was icing on the cake. 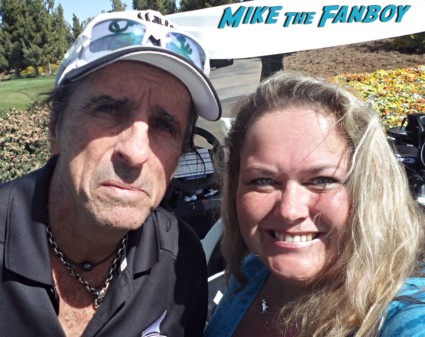 For fun, I decided to whip up a little scarf to give him the next time I saw him. Sure enough, when I saw him at the next event, he remembered me and seemed humored by the scarf. He even introduced me to his daughter and told her about our encounter at the golf tournament. He was so cool! Alice not only posed with me again, but signed our original picture. Love it! 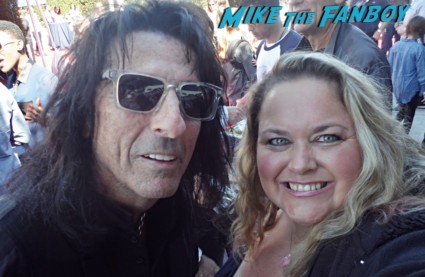 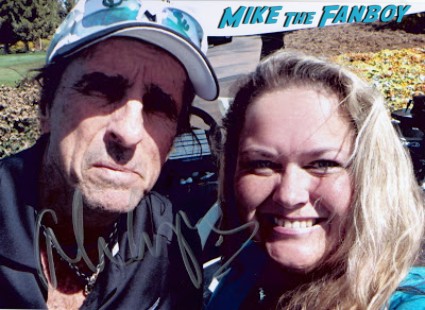