Home / Conventions • Fanboying! • Manic Mondays! • Pretty In Pinky • Stars of the 1980's and 1990's / Manic Mondays! Pinky Tries To Figure Out Why She Didn’t Crush On Adventures In Babysitting Star Keith Coogan Years Ago! Autographs! Photos! But Don’t Tell Mom The Babysitter’s Dead!

Sorry, what in the world could have possessed me to sing that song? Oh yeah… Adventures in Babysitting! One of my all time favorite flicks! And even on topic this time seeing as our subject for Manic Monday this week is none other than Mr. Keith Coogan!

Pinky and I met Keith at the LA Celebrity Show and if you are in the LA area and want to meet Keith he just signed up for The Hollywood Show in April!

However, I must say, I think Keith and Pinky really hit it off. And they are adorable together! I’m not going to talk too much but needless to say, I might have to get Pinky a new sweatshirt. Sorry In Joke… Well… not always in. Anyway, check out today’s Manic Monday after the jump!

Hello, my lovelies. Pinky Lovejoy here with a big confession: I’ve never seen “Don’t Tell Mom The Babysitter’s Dead.” I know, I know. Apparently, this is some big deal, so I totally understand if you need to break up with me. Mikey practically demanded that I drop everything I’m doing and rent it immediately. I’ll see it; I will. 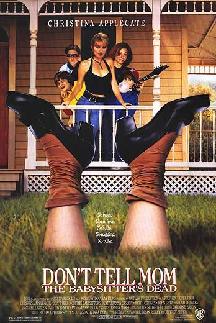 In the meantime, I’m still super excited about meeting one of the iconic stars of the film, Keith Coogan. I know Mikey just wrote up his experience about meeting Keith at The LA Celebrity Show a few weeks ago, but he deserves to be written about again. He was just that cool.

Now, I do remember watching Keith in “Adventures in Babysitting” and remember thinking he was adorable then. Why I didn’t develop a full blown crush back then I’ll never know because after meeting Keith in person, I don’t know why everyone isn’t crushing on him. 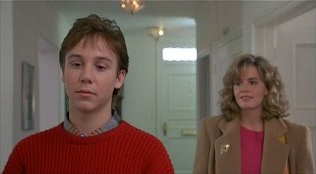 Within a few minutes of meeting him, I felt like I was catching up with an old friend. Keith has the ability to make you feel like you’re the only one in the room and is so genuine and sincere. 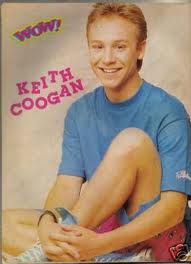 It’s rare that I meet someone I feel so comfortable with right away, but Keith put me at ease and was just a lot of fun. He even let me interview him for the site (which I can’t wait to show you and we’ll totally be rolling it out soon). As a teaser, here are some screen shots from our video. 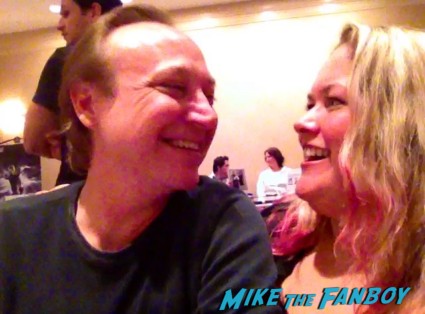 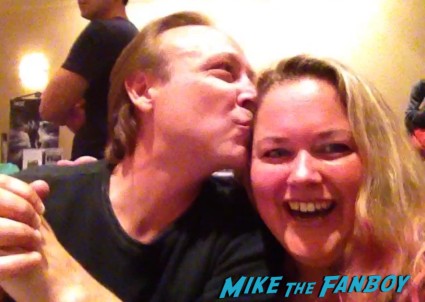 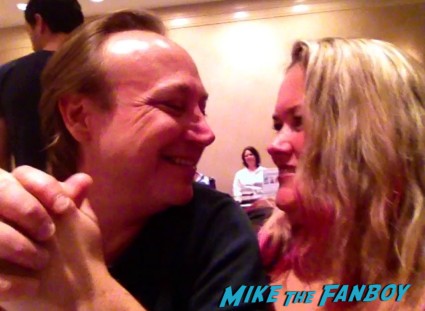 The best thing about Keith Coogan is his sense of humor. No more was this on display than in the “CCOCK” (Child Celebrities Opposing Kirk Cameron) video on Funny or Die which was released as a rebuttal to Kirk Cameron’s anti-gay remarks. You can see the video here 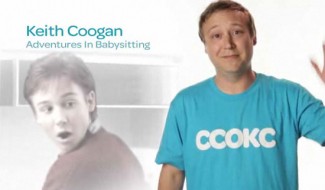 He also hosts a weekly radio show on Saturday nights called “The Call Sheet” over on Skidrow Studios. You can listen to past programs here.

It’s funny – it seemed like every collector I spoke to during the weekend of the LA Celebrity Show was heading that way for Keith Coogan.

I had no idea he was quite that popular! But I’m glad he is; he should be. In fact, he should be doing a lot more work and be a lot more well known. In case you didn’t get a chance to see him at the last show, I have great news – he’ll be appearing at the upcoming Hollywood Show on April 20th and 21st, so you’ll have your chance to meet him, as well. Wahoo! Since I go to every show, I’m looking forward to seeing him again. 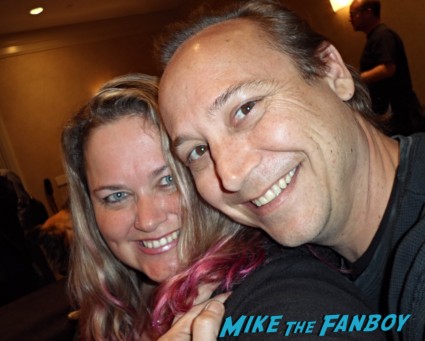 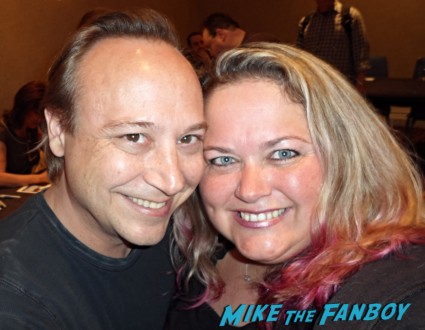 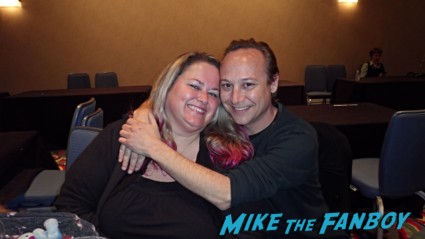 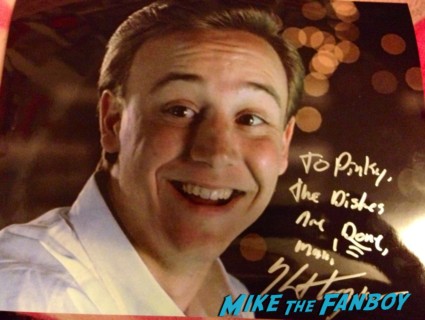