This is such a great Manic Monday because it ties in perfectly with our Friends Blu Ray contest that’s going on right now! The saucy and talented Ms. Pinky is not only a huge fan of Friends but of Matthew Perry’s new show Go On.

Personally, I remember Matthew when he was on Growing Pains back in the day. Yep, Growing Pains, in fact if memory serves Chandler Bing dated Carol Seaver on the show. Yep, God bless classic television!

Check out Pinky’s meetings with Friend’s Star Matthew Perry after the jump!

Hello, my lovelies. Pinky Lovejoy here happy to share my latest picture with the talented and hilarious Matthew Perry. Now, I realize most of America fell in love with Matthew when he played Chandler Bing on Friends, but I actually started crushing on him long before that. He was in a myriad of shows, including a short-lived series called Second Chance in the ’80s. 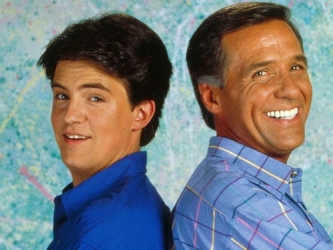 I thought his sweet little baby face was adorable and I was hoping he would finally strike it rich with a show that wasn’t eventually cancelled. That shot came with Friends and, of course, I was a big fan of Chandler, as well (“Could I BE more of a fan?”). 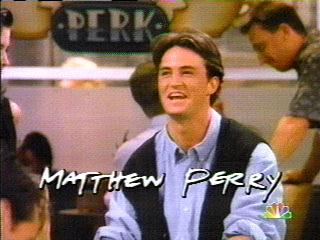 In fact, it was because of my love for the show that I once camped out at Sundance all day for a chance to meet Matthew. He had a movie premiering on a Monday night, so I sat in line all afternoon until it screened. 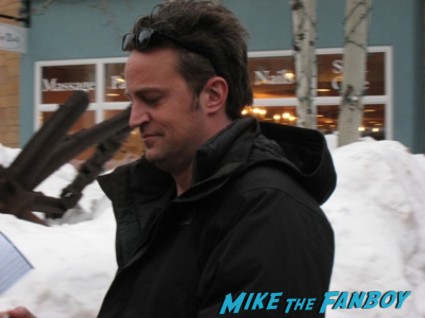 The only problem? He didn’t show up! Although Matthew was in town for the Festival, he left before the movie premiered. FAIL! 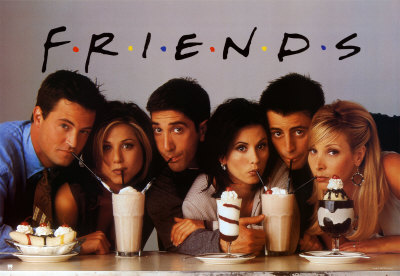 Still, I like to think that time invested at one point will somehow manifest itself in the future and one day a few years ago, I randomly saw Matthew at a movie theater in LA. It was then that I was finally able to get my picture with him. Sadly, the picture is TERRIBLE. I mean, he agreed to take it, but then made this weird scrunched up face that kind of ruined the whole thing. What was that about? He’s way too cute to look like that in pictures! Still, it was a picture, and I was happy to meet him. 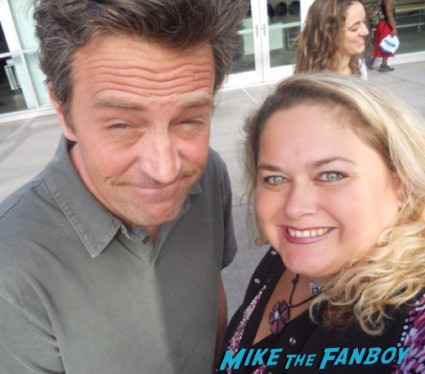 Since Friends ended, I’ve enjoyed his films and shows – I LOVED Studio 60 on the Sunset Strip – and have recently been enjoying his new TV series Go On. 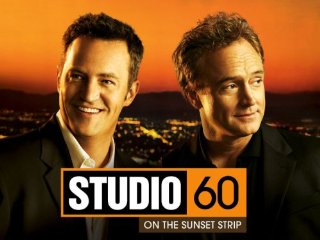 He’s perfectly cast as Ryan King and the ensemble cast is great. I hope the show does well because it’s really funny. Today I was lucky enough to attend a screening with the cast and was able to see Matthew again. Although he was running late, he still happily posed for a picture with me and I’m happy to report that this one is infinitely better than the one before. You can see how cute his face is! Hooray! 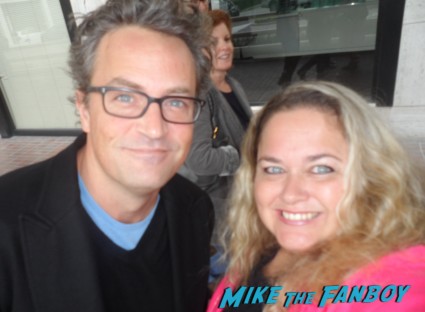