Home / Fanboying! • Sports • Will / Will Straps On His Boxing Gloves After Meeting Sports Legend Manny Pacquiao At His Meet And Greet! Autographs! and More!

Manny Pacquiao was meeting fans and signing posters in anticipation of the release of his new film. It was pretty awesome of him to do that, and it made hundreds of fans really happy.

Check out Will’s full recap below!

I’ve been doing this hobby of meeting celebrities and taking pictures with them for a couple years now and never thought I would meet the Pride of The Philippines and People’s Champion. Manny Pacquiao!  Manny Pacquiao is a well known Filipino world champion professional boxer. He is the first and only eight-division world champion in which he has won ten world titles in four different weight classes. He is a world wide icon. 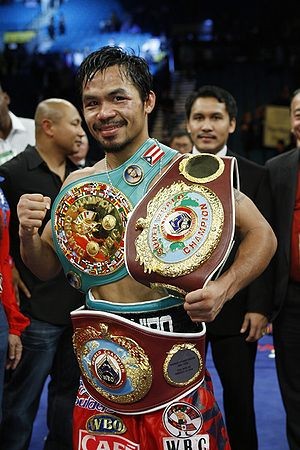 I’ve been a boxing fan since I was kid and I enjoyed watching Mike Tyson and Oscar De La Hoya and among other greats who have come and gone. I have a Filipino heritage so Manny Pacquiao has always been a favorite in my household. If you are Filipino, chances are you are a big fan of Pacquiao haha.

He was promoting his new documentary film self titled “Manny” which tells his life story. When I heard he was doing a meet & greet in Hollywood. I couldn’t pass up the opportunity to meet my idol. 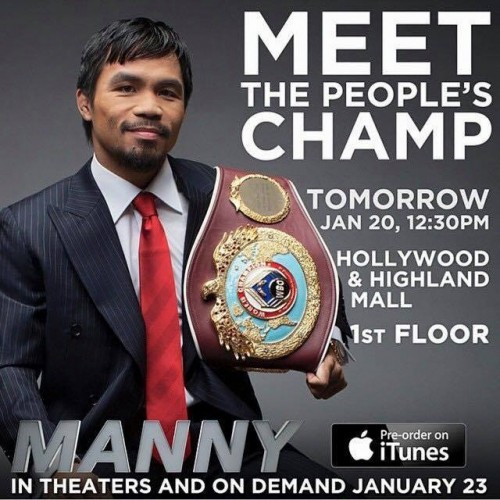 This was announced the day before and so I got there in the morning thinking there would be a huge line around the block or something. But to my surprise there was only 4 people there and there was no line yet.

We was told that Pacquiao would be arriving 30 minutes late and they made us form a line in the hallway by the restrooms. As time passed, the line started to grow to about 50 people. 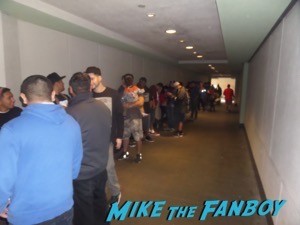 When it was around 12:00 noon, security moved us to the central courtyard of the mall where we see barricades set up and a podium with movie posters ready to get autographed by Manny himself. 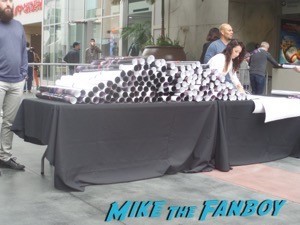 It was almost time and next thing you know there was a crowd of more than 300 people. 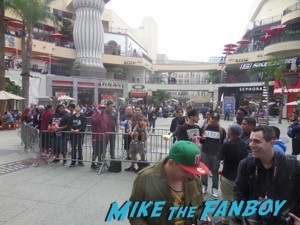 Then moments later Manny Pacquiao and his entourage show up on stage with the sound of the crowd cheering and chanting “Manny! Manny!”. He welcomes everyone to his signing and then he passes out t-shirts and rubber wristbands out to the crowd. You can already tell he loves his fans. 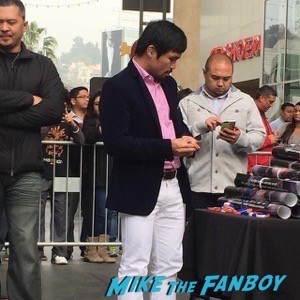 Then he sits at the table and the signing begins.. I was the fourth person in line.. I was in a star struck moment and just froze.. I couldn’t believe he was there right in front of me.. I told him how I was a big fan of and that he is my idol and just blabbing away talking like a idiot haha. He smiled at me and thanks me and then he signed my movie poster and I got my photo op with him. 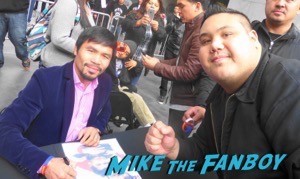 Manny was #1 on my celebrity bucket list and I am so blessed and fortunate to have met him. What a humble human being.. I will cherish this moment.

Poster is framed up on my wall with my photo op right next to it.. He has a very beautiful signature and he signed in a black thin tip sharpie. 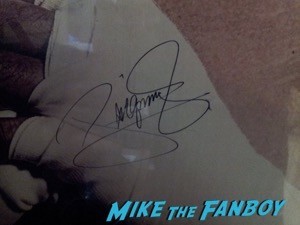 It was a tremendous turnout and Manny showed the crowd a great time. Thank you Manny for signing my poster and taking a picture with me. You made hundreds of fans happy! I will be forever grateful… 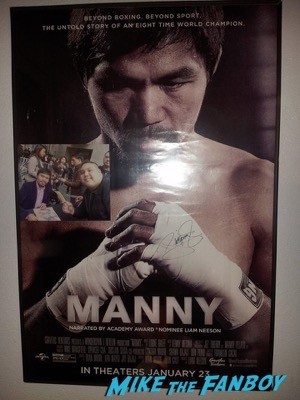