And one film is quintessential to the 1980s and that’s St. Elmos Fire. It you haven’t seen it, you need to head to the video store and check it out.

When I heard that one of the stars of St. Elmos Fire was going to be out and about I knew I had to go. I have a mini poster and a VHS mobile display from the film.

Mare Winningham was doing a small play here in Los Angeles and both Scotty and I headed down to meet her.

We arrived with plenty of time and hung out for a bit.

Once the play ended after a few minutes we spotted Mare Winningham in the lobby. She was talking with some friends and we waited for her to leave.

Once Mare Winningham started on her way, we politely asked if she would mind signing. One of her friends said, “Awwww…”

Mare couldn’t have been nicer, She signed both of my St. Elmos Fire pieces and said, “You have Ally, Two down!” lol. 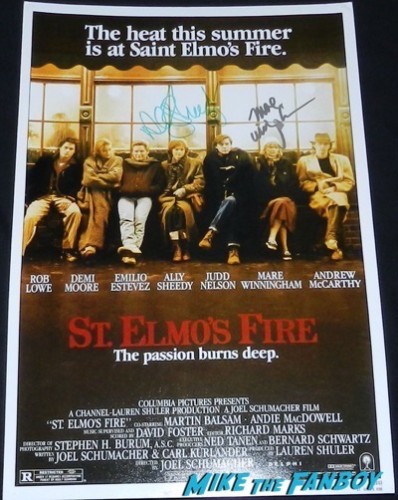 Yeah, this is going to take a while to finish. lol.

It was a fun, quick night, and Mare was nice enough to pose for a quick photo as well! 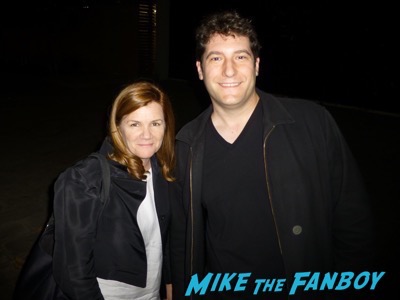 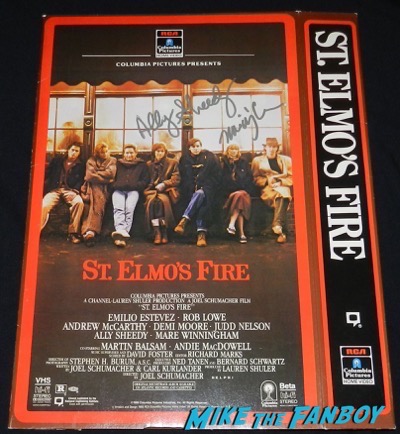