Home / Fanboying! • Q and A / Marion Cotillard Q And A Madness! The Dark Knight Star Is Super Nice, But Security… Ugh!

How can you not love Marion Cotillard?

I think she’s adorable and I kept hearing about how nice she is. I feel like everyone in the world has been able to meet her except me!

When I saw that Marion Cotillard was doing a rare q and a this week, I knew I had to go.

I arrived and honestly, there were only a few people there. As time grew closer more and more people showed but with a group of around 12-15 people it might not be too bad right?

Finally, we settled in at the front and lined up single file. One of Marion Cotillard’s people said how nice she was and said to just line up.

Time was ticking by however, Ugh… That’s never good.

Then, the car pulled up and out popped Marion Cotillard. Sadly, she said she was late and had to run inside, but she would sign after. 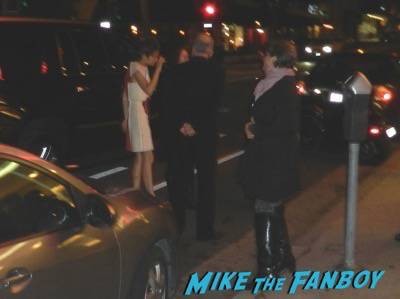 Ugh… Why can’t it happen when everyone is calm and lined up? Why! 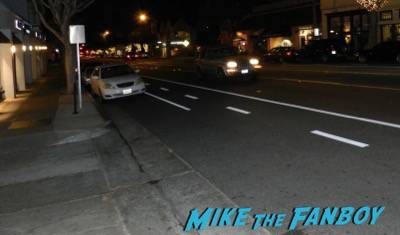 Finally, the car pulled to the door and we all lined up.

The q and a ended and Marion Cotillard popped outside. She hugged one of her people and said, “I promised to sign!” and she came right over and started signing. 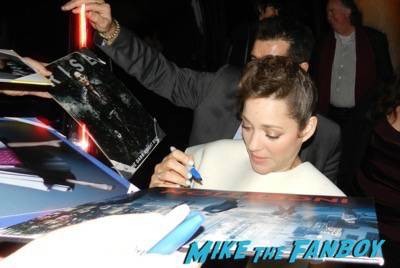 The problem? The theater manager was like, “She can’t sign for everyone.” and said “She has to leave!”

Ummmm Marion Cotillard was super chill and like, don’t worry.

BUT the manager caused chaos.

Marion Cotillard was nice enough to sign my W magazine and then signed my Interview magazine as well. Completely ignoring what the manager was trying to tell her to do.

She was really sweet, I don’t understand why this guy created such a scene. Totally unnecessary and it caused people to miss out.

I’m still very happy that I was able to get her however. 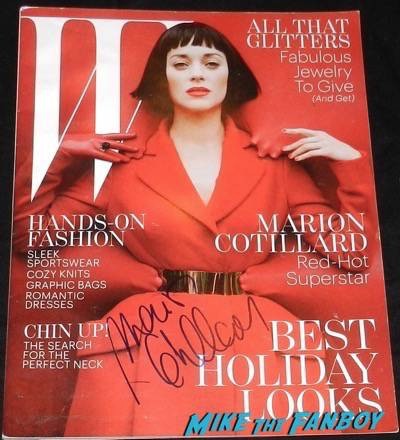 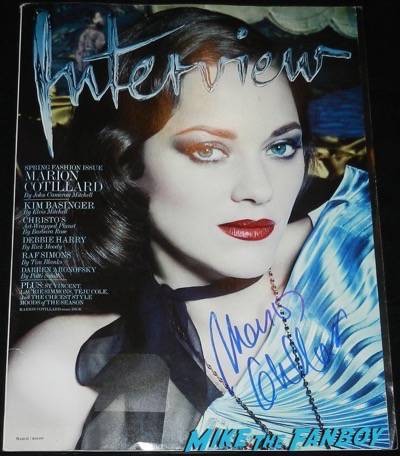