He wrote it for another music site that is now nonexistant and inconsequential and the fuckers never published it.

And Scotty was like, I really want everyone to know how awesome Marina and the Diamonds are and he was frustrated. So, cut to me opening MTF and saying, “Oh, I’ll put it up, let me know when would be a logical time!” So, when Marina’s new album came out, Scotty was like, “Hey, I have that review!” I was like sure! Then forgot.

Then, we got to meet Marina while getting the diss from Pee Wee Herman and Scotty was like, “Hey, I have that Marina article from 2010!” I was like “oh yeah sure, resend it.” Then I forgot.

Last week, Scotty was like, “If you don’t put that fucking Marina and the Diamonds article up, I’m going to spike your TAB with Drain-o!” So me, ever loving an Adventures in Babysitting quote said in frustration am now, taking time out of my Friday night with Theo to publish Scotty’s red headed step child of an article and tell the world once again how awesome Marina and the Diamonds are…is? …are… I dunno!

The name that should be coming from your lips when discussing what is new and hot in music should be Marina and the Diamonds. Singer / songwriter Marina Diamandis has been continuously pumped on numerous music blogs, and to those who decided to give her a listen, found it wasn’t hard to see why. The 24-year-old Welsh singer of Greek descent has a luscious soulful sound that sent chills down this fan’s spine in hearing her at the Troubador on Tuesday night. People have asked me why she goes by Marina and the Diamonds if she is a solo artist. She explains on her My Space, “I’m Marina. You are the Diamonds.” Her album, “The Family Jewels,” is filled with dance, pop, and synth melodies with fun, light lyrics like:

A fat security making plays for me
soon as I touch down in old L.A.
He says “OH MY GOD, YOU LOOK JUST LIKE SHAKIRA
NO, NO! YOU’RE CATHERINE ZETA!”
“Actually, my name’s Marina”

from the track “Hollywood.” She bares a resemblance to Catherine Zeta-Jones, but I feel Marina is more striking. Her lyrics also hit a more serious tone in the track entitled “Obsessions”:

I am thrilled to have caught this intimate show. Marina opened with my favorite track, “Shampain,” followed by almost every track from her album, as well as, a cover of the 3OH!3 track “Starstrukk,” which Maria has sung during her live performances, and closed with “Mowgli’s Road.” 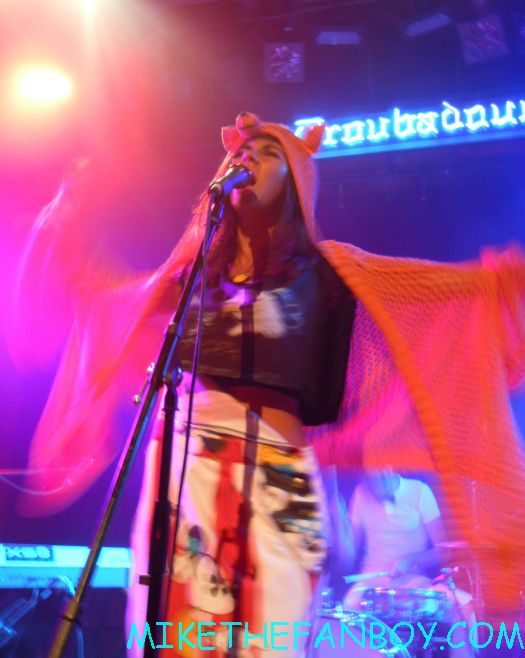 I was especially excited by this live set in that it was like an “Unplugged” show. The songs were stripped down to showcase Marina’s amazing vocals. She explained that she was really nervous about this particular show, but that we were a “Lovely” audience. She also informed us that she would be coming back to Los Angeles later this year with her full band. I am looking forward to her return. Thank you Marina! 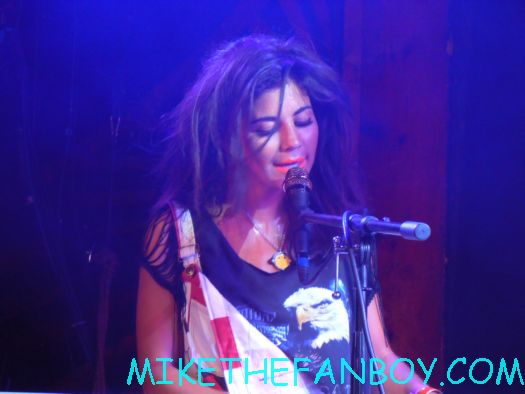 Tracks to download from itunes or amazon: Hollywood, Shampain, Obsessions, Oh No!
Suggested: Buy the whole album from intunes, amazon, or better yet, support your local record store and buy the physical CD!

Take a look at the live photo gallery below! 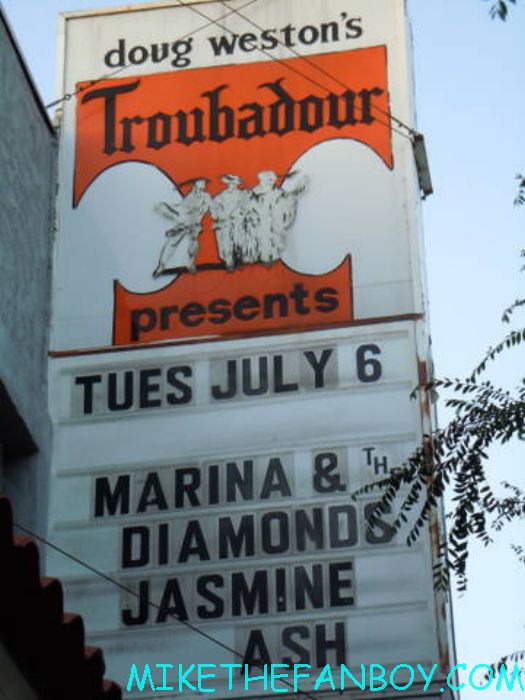 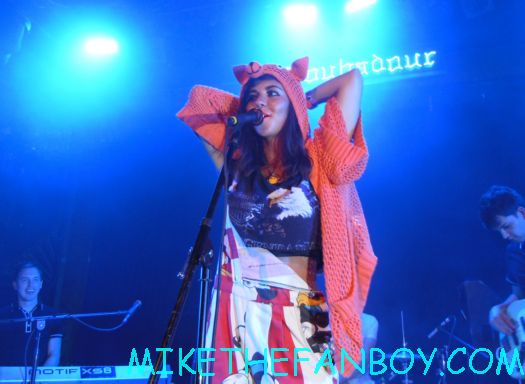 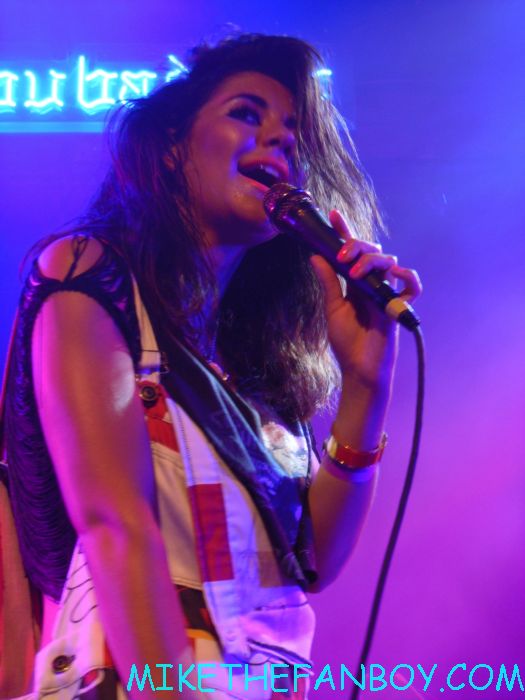 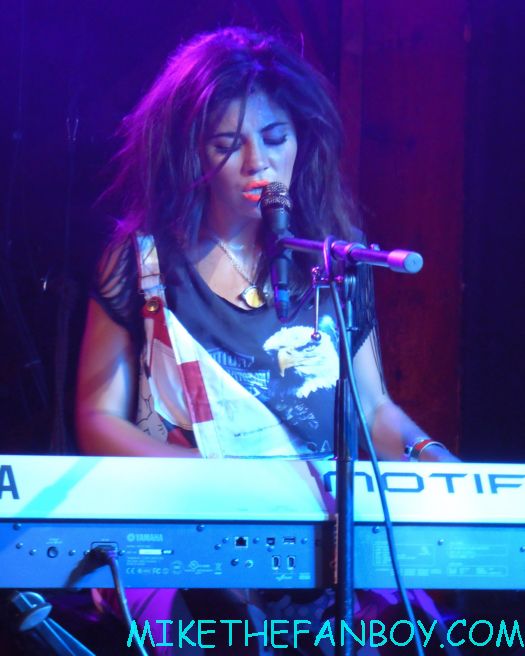 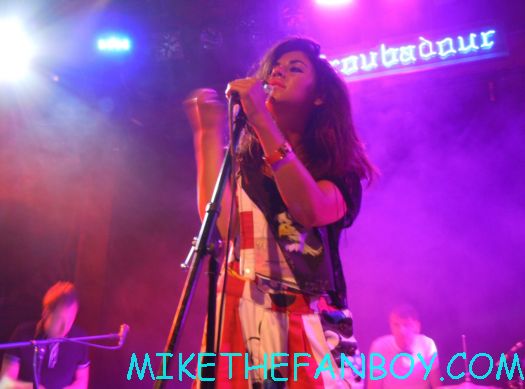 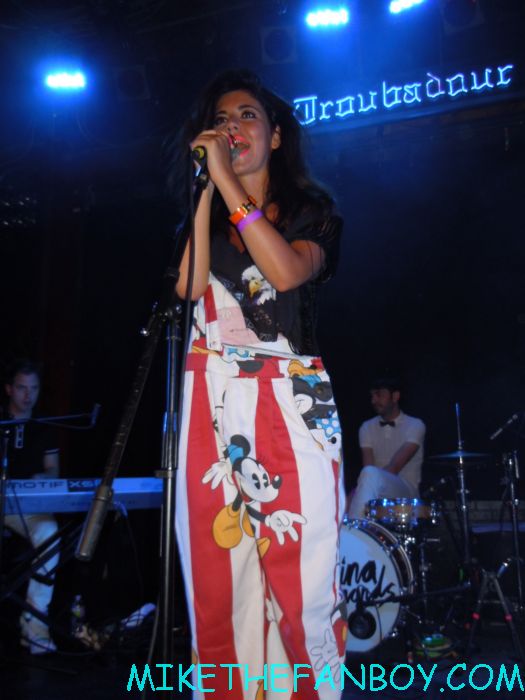 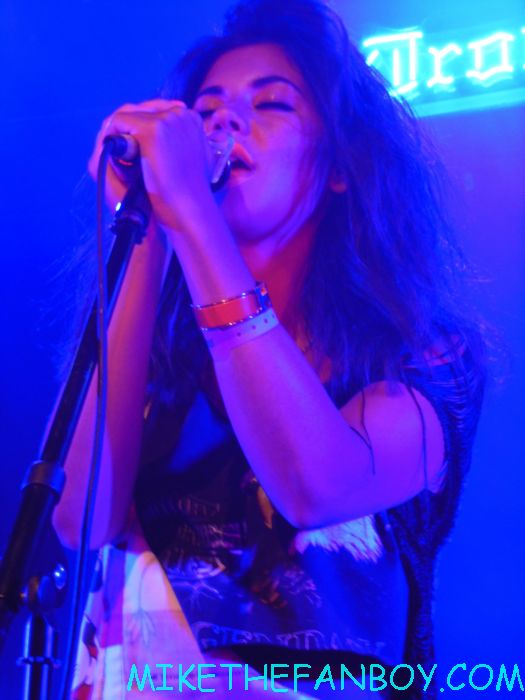 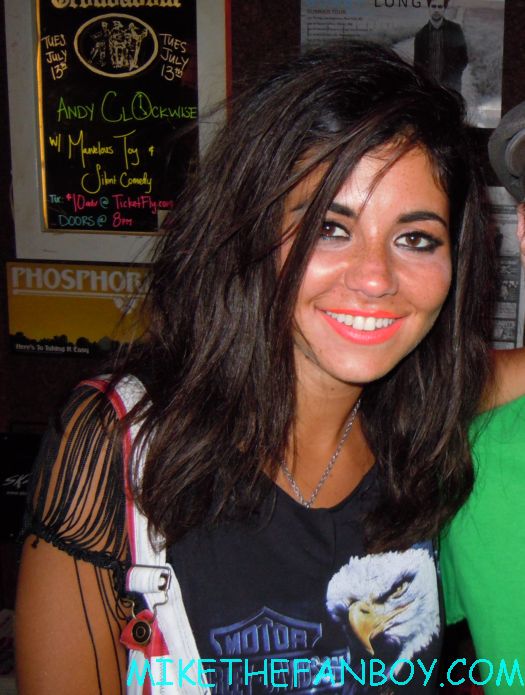