Ace is back and the man is on a mission. A mission I tell you.

Okay, I sort of forgot to put this latest recap up. Listen, I’m a busy guy, emails slip through the cracks. What can I say? Doh!

Ace’s latest recap is from the Mariska Hargitay walk of fame star ceremony.

What’s up autograph fanatics! Ace here with a recap of the star ceremony for Mariska Hargitay…

Now who loves some Law and Order: SVU? I know I do. While I know it seems like a common expression nowadays, I have seen every episode made. Eventually you see enough reruns to watch them 2-3 times apiece. There is something entirely gravitating about the show… It’s infectious and I can’t stop loving it…

Unfortunately, the series ended when Christopher Meloni left the show… What? I’m serious?

Regardless, I printed photos and head over to support Hargitay on her well-deserved star. We got there around an hour or two before the ceremony started. Immediately, there was a line of SVU fanatics across the first row, so I stood ground in the second row.

So we waited… The waiting is not my favorite part… During that span of time, two really nice women approached me asking if they could buy a photo from me. Since Alex didn’t come, I figured he would rather want the cash. He was pleased. We also were watching every sign being carefully posted to an assigned seat: Blair Underwood, Dick Wolf, Chris Meloni, Danny Pino, Debra Messing, and Mario Bello just to name a few.  Sadly, Meloni didn’t show up…

They carefully drifted in… The last ones to arrive were Hillary Swank and the honoree herself, Mariska Hargitay. 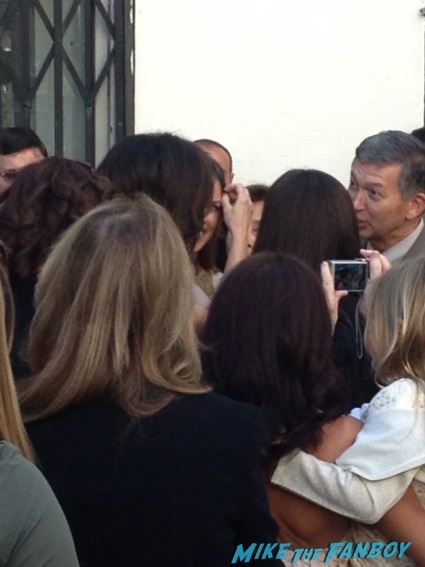 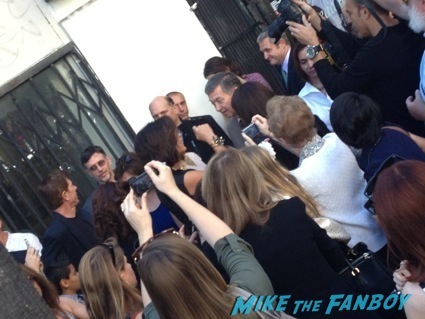 I saw the swarms trying to get her autograph as she walked in. I knew it wasn’t going to happen… 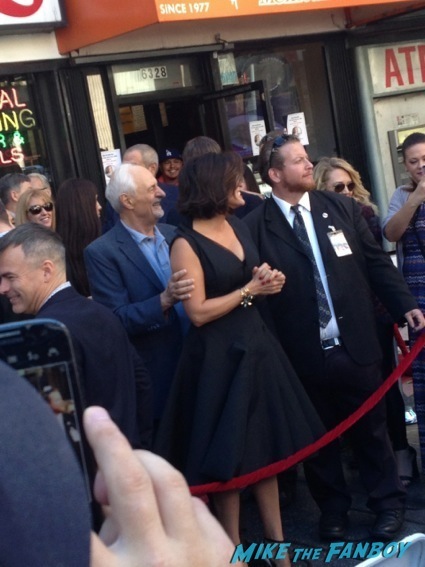 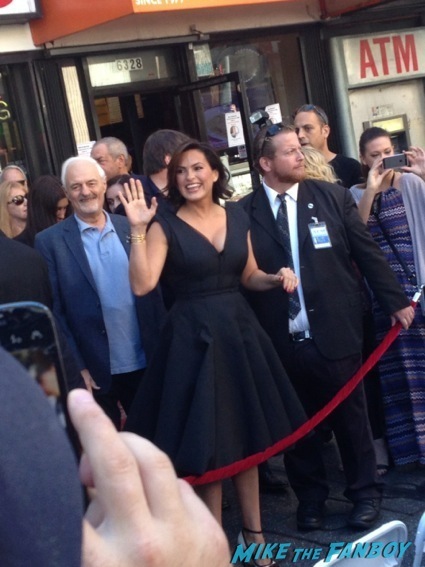 As soon as Hargitay saw all those people there to support her, she started crying. It was really moving… Her star was being laid down next to her mother’s, Jayne Mansfield, and to be there to watch it happen was pretty neat. I must also add that her speech was really touching, so if you have the chance to watch it, hit play… There are a few technical problems, but you will get the gist. 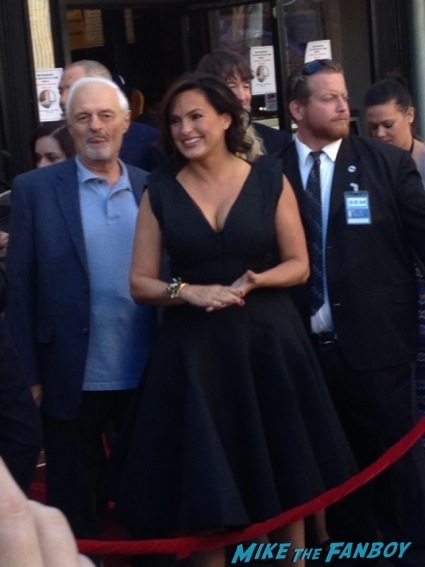 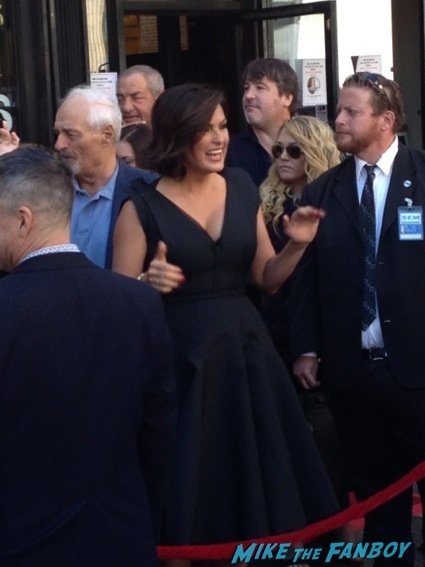 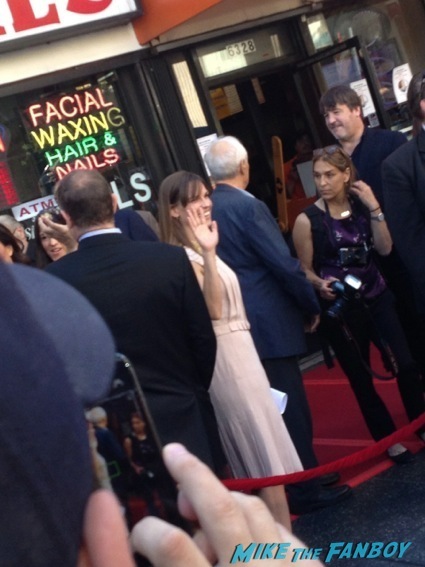 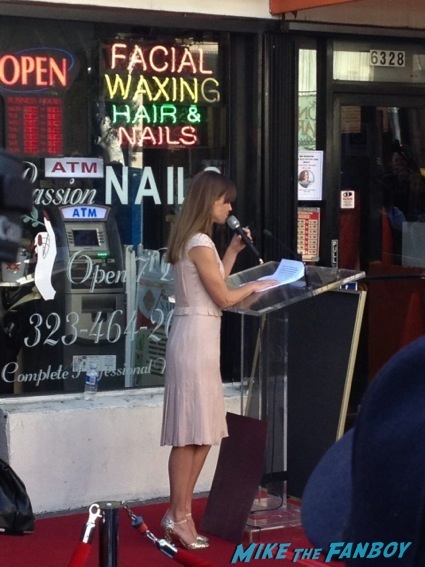 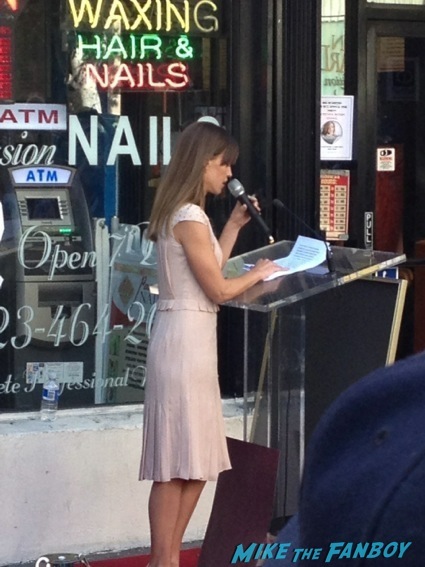 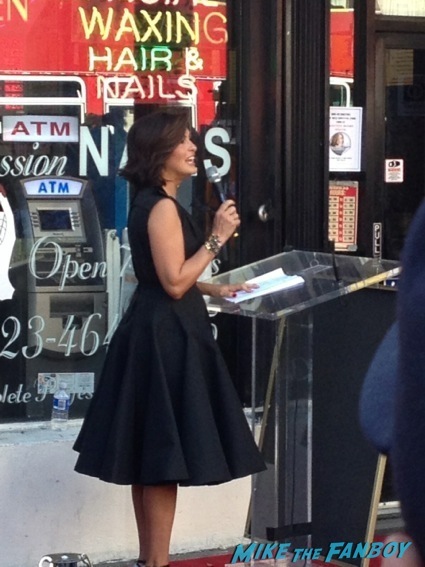 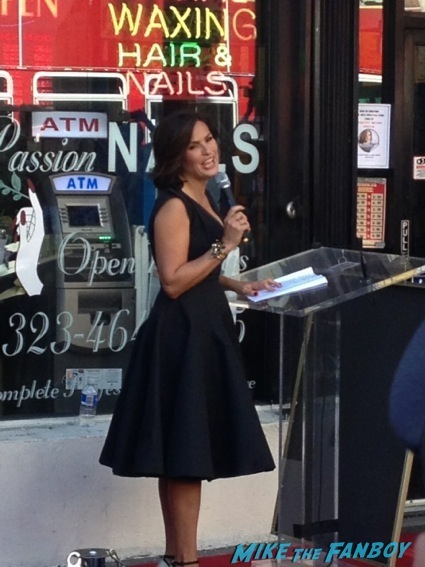 As soon as the ceremony ended, Hillary Swank signed a few on the way back to her limo. It looked like she was going to try to do as many as she could, but gave up after five and got into the stretch limo.  The worst part about this was Mariska and Swank rode in the same vehicle.  There was a possibility that Mariska might just leave, or rush… So this might go really bad since they are really good friends…

Dick Wolf left soon after… He stopped and signed a few for those who asked. A friend of mine helped me out since she had nothing for him.

I went back into the massive crowd that within minutes died down from its initial point. The cheering from the right side of the barricades brought Mariska over. At the same time, the other guests were interacting with fans over on the left side. I ran towards the Hargitay side.

As always, it was crazy! Initially, Mariska was taking photos and signing with a black sharpie that I think her publicist handed her. I put my first photo out, and eventually she signed it… She gave me what her almost full autograph looks like.

Minutes later, I am positive I heard, “Hillary is waiting in the car.” So from that point on, she zoomed down each barricade trying to get everyone that wanted an autograph. I don’t think she was doing photos anymore, as I am sure SEM felt that it was too dangerous.

I got her on a few more as she passed each barricade… She was exactly what I expected… Just an absolute doll… So very nice… I think I only had a couple more photos, but looking back I probably could have got them signed if I tried. Also added a few of the guests like Danny Pino to the collection. Shortly after that, the event was over.

By the way, the show wasn’t canceled… I just stopped watching it. 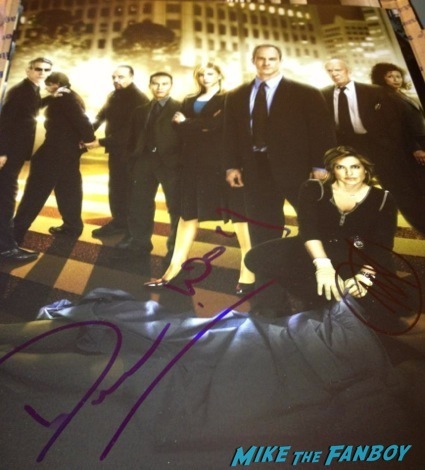 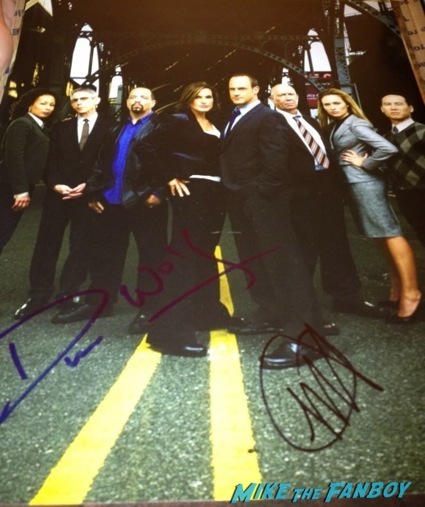 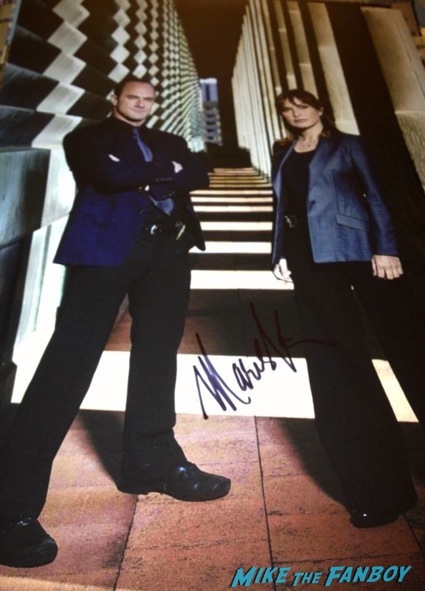 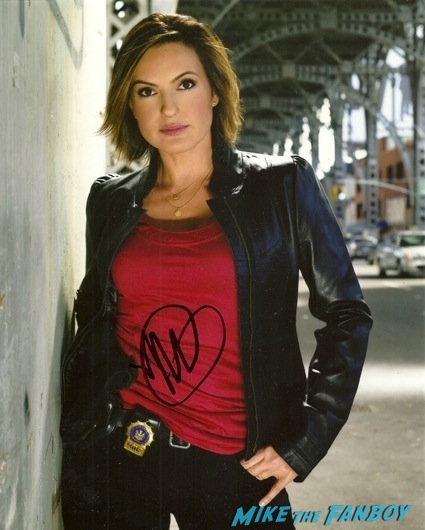