I was just about to watch Guardians of the Galaxy and with all the GOTG news, I thought it was a good time to flashback to this day when I met Zoe Saldana and Mark Ruffalo.

So, here’s the thing. Everyone knows what it’s like when you stop and go… “Should I go to this?” or “Do I REALLY want to leave the house?” I decided last minute to head over to a q and a for Mark Ruffalo and Zoe Saldana.

Now, I love both of them, and of course I have plenty for both.

I called Ace and he and his brother Alex jumped in the car with me to head over.

After a quick stop at 7-11 and almost running over a disheveled Aaron Stanton from Mad Men who was wandering around the parking lot. Perhaps he was looking for his Slurpee cup? Who knows?

But we were on our way. Now, I know we were running late, I just didn’t know HOW late.

I made it over the hill and to Santa Monica pretty fast.

Once I finally got parked, I power walked over to the theater. Ace and Alex lagged a little behind. I kept telling them to hurry on up but then were at least a block behind.

When I turned the corner I spotted Mark Ruffalo signing for the four people or so waiting. I ran up and pulled out my Kids Are Alright mini poster and asked Mark to sign it really fast. He was super nice and signed it for me and then took off. 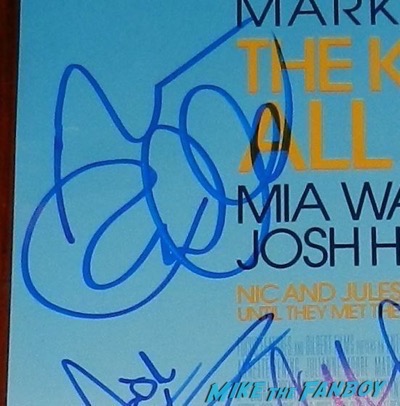 Alex and Ace missed him sadly.

The cool thing is, that he finished the poster, I already had the rest of the cast on it. It looks so awesome. 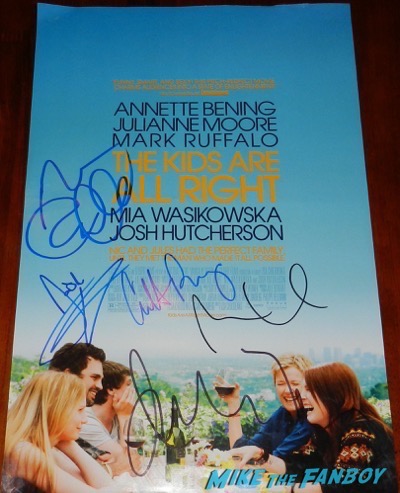 We hung out for about another 10 minutes and Zoe Saldana pulls up.

She’s super nice as usual and runs over really fast. 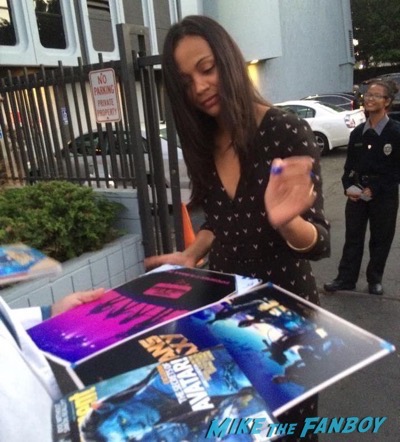 I had her sign my Gamora mini poster from Guardians of the Galaxy. She went down the line and made sure and signed at least one per person. 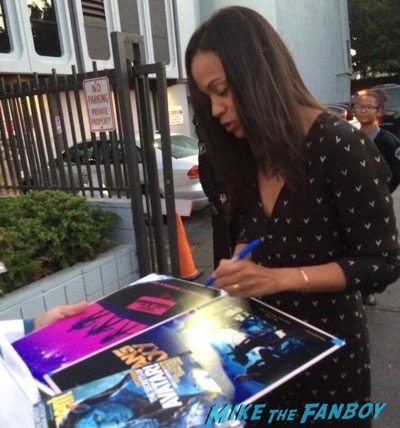 Then she headed inside.

That, as we say is that. 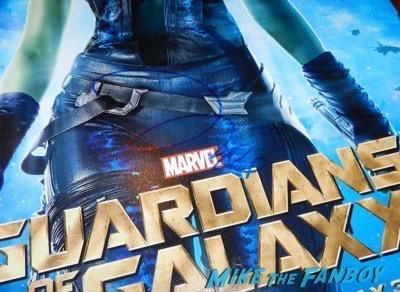 It was a nice short night and I’m glad I headed out! 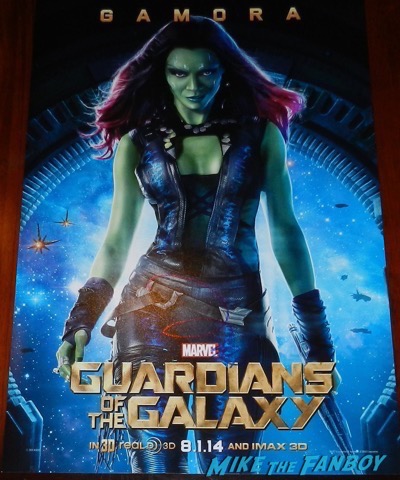