Sorry, that was sort of a Hook reference mixed in with my own swipe of insanity.

Suddenly Susan and I both headed out to meet Mark Ruffalo last week. You’ll see my recap later on but i wanted to share Susan’s story because what she brings up is an interesting point.

Does just getting something signed make for a successful encounter? Is getting a signature in the wrong spot, rushed, or impersonal make for a not so well meeting? Or was it just lackluster?

Personally, I don’t know. I’m always happy when someone is cordial and happy to sign or take photos. I don’t need the wine and cheese, as Erica would say, but it would be nice right? Still, as I go out more I ask myself this a lot.

Check out Suddenly Susan’s report after the jump!

It’s hard to say definitively if an autograph outing was successful. There are so many variables involved, it cannot be based solely on getting the signature. There are dried out, dead Sharpies, using the wrong color, signing dark on dark, or light on light, and sloppy illegible signatures.

Take for instance my recent encounter with Mark Ruffalo. I’ll start by saying I adore him. I’ve been a fan of his LONG before his days as Bruce Banner. I’ve met Mark twice before and he is always super nice and down to earth.

If he ever receives an Angry Theo Award, you’ll hear my jaw hit the floor all the way on the Isle of Mann. When I ventured out this third time for Mark, who was doing a talk show appearance, 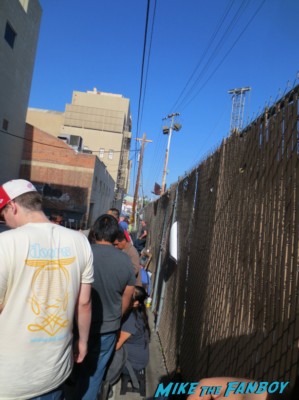 my goal was fairly simple: to get a personalized autograph on this super cool, limited edition Hulk poster. I hoped to get it signed in gold ink and was prepped with a brand new metallic Sharpie. 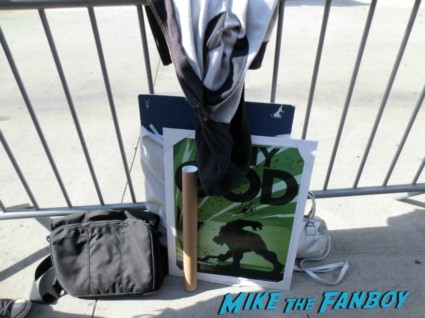 Mark arrived, came right over and signed down the line. Even though some douchey videographer was conducting an “interview” with him, I got Mark to switch to my gold pen. I also got him to personalize. All was well, right? 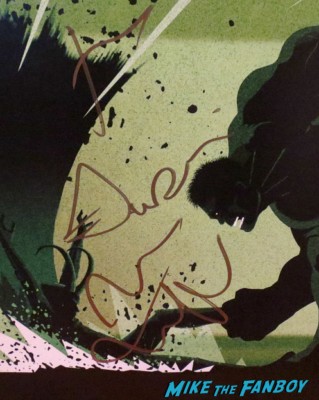 Except that the signature is pretty damn sloppy. The “to” part of ‘to Susan’ is just a “t”. The “Susan” part looks like it was written by a 4 year old. The actual autograph is barely an M with a line and I can’t even make out the Ruffalo part.

I don’t fault Mark. He always takes the time to sign for his fans. The first time I met him, a few years ago, it was just me and a friend. He chatted with us for 10 minutes and signed the photo I brought with pristine accuracy. It’s absolutely beautiful. 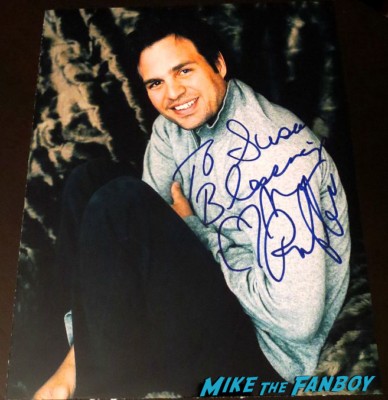 The second time I met him, I got a super cute photo with him. It’s definitely one of the best in my collection. 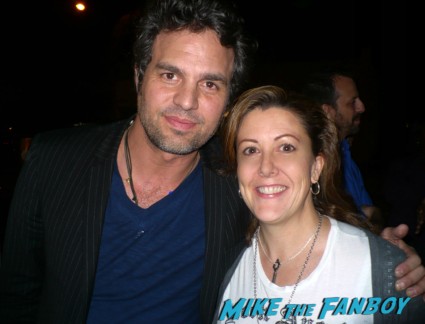 On this latest encounter, he took photos as well, even re-takes that didn’t come out. He even went back to the front of the line and a few people got more than one autograph, even though we were sternly told one each by security. I didn’t bother asking for a photo, as he seemed so rushed and I already have a great one.

So, was this a successful outing? Technically, yes. I got everything I wanted. But, I suppose had I known ahead of time the quality of the autograph I was going to get, I would have saved the poster for a time I knew I could get a good signature. I suppose that’s the chance we take each time we head out on an autograph adventure. Mark still holds a special place in my autographing heart. 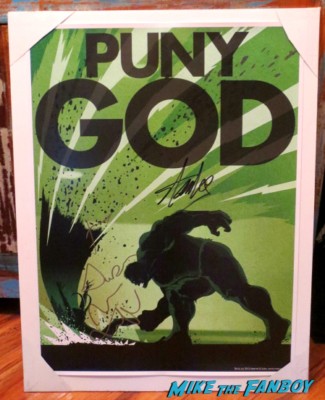