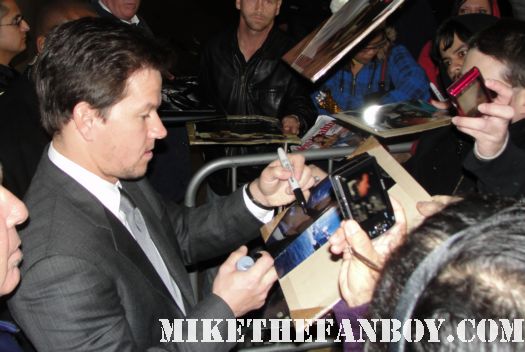 “The vibrations are good like Sunkist, make me wanna know who done this…” Sorry there I go again quoting song lyrics, that seems to be a trend for me lately… Hmmm what does that say… lol… I’m also told I am too frequent with the LOL’s, well I like to laugh, let me tell you, at least in text form. In person, I’m bitter and sardonic… lol… Okay, see I can’t help it. Anyway, today is Marky Mark Wahlberg day, hence the reason I was singing the classic 90’s hit Good Vibrations. Mark is taping a talk show today to promote the Fighter, and also on the show today is Tron Legacy’s Beau Garrett so I have my poster for her as well. And of course Erica’s poster, and… lol… Okay enough with the intro paragraph! Oh with the show. 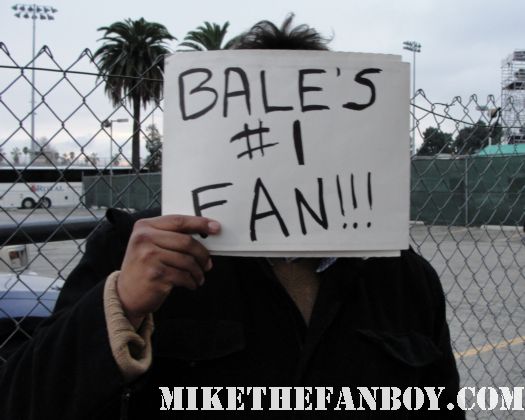 4:24 p.m. – I really don’t get it… Why carry a sign for Christian Bale if he’s not here. (Insert Mike the fanboy shrugging here) It’s cool; I’m an accepting kinda guy. I talk to all kinds of people and/or woodland creatures.

4:39 p.m. – I know I say this a lot, but damn it’s cold outside. You will hear more of this bitching later on. But I need to mention it now.

4:47 p.m. – There are like 15 of us here now. We were lined up against the wall where it was warmer but now we’ve moved to the ally where it’s like a wind tunnel… I mean damn… Pinky’s here as well. She bought a new pink hat for the occasion.

5:02 p.m. – Still no barricade… This is going to be fun if Mark Wahlberg or Beau Garrett for that matter arrives early. Lol…

5:35 p.m. – Oh, the door is opening… It’s Beau Garrett from Tron Legacy! Everyone yells for her, but she is walking inside. She looks back and waves… 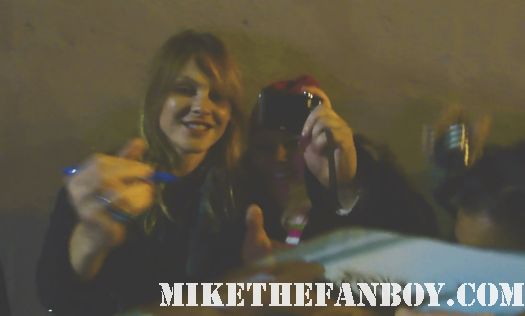 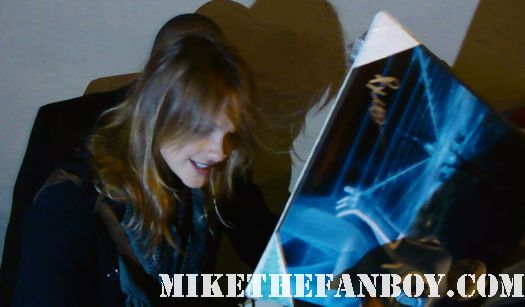 5:44 p.m. – I brought my interview magazine cover for Mark Wahlberg from 1992, my Other Guys mini poster, my Fighter mini poster I already have Christian Bale on from the Fighter premiere, but don’t tell Christian’s biggest fan, lol… He might jack me for it. He carries the sign with him everywhere he goes. I’m telling ya! Lol…

6:31 p.m. – I think I lost feeling in my leg. Did I mention I have the misfortune of standing in a puddle as well as the frigid cold/arctic tundra? A puddle… Wonderful.

6:42 p.m. – Oh… Oh… the door is opening… Yep, Mark Wahlberg has entered the building. Everyone calls out for him as if their frozen noses were going to fall off if he didn’t come over. He waves and starts walking in. Then he says something to his handler… And… And… He comes over. 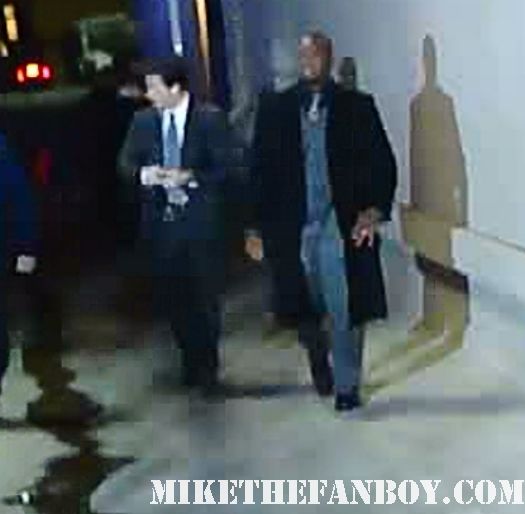 CHECK OUT THE VIDEO OF MARK WAHLBERG HERE!
MARK WAHLBERG COMING OVER TO SIGN FOR FANS
6:43 p.m. – Oh crap. I whip out my Other Guys poster and my Fighter poster as well. Mark signs a crapload at the end of the barricade, and then says, he can’t stay long cause he has to go in. Then he just signs and signs and signs… 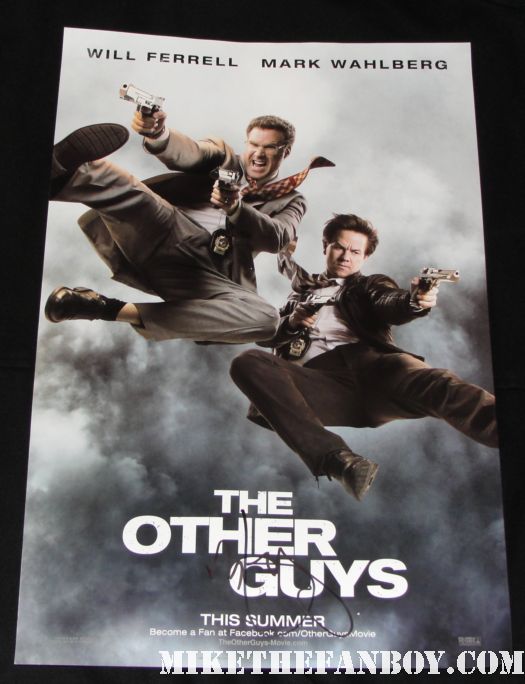 6:44 p.m. – He makes his way towards us and signs my Other Guys poster and then I ask him to switch to silver for my Fighter poster. 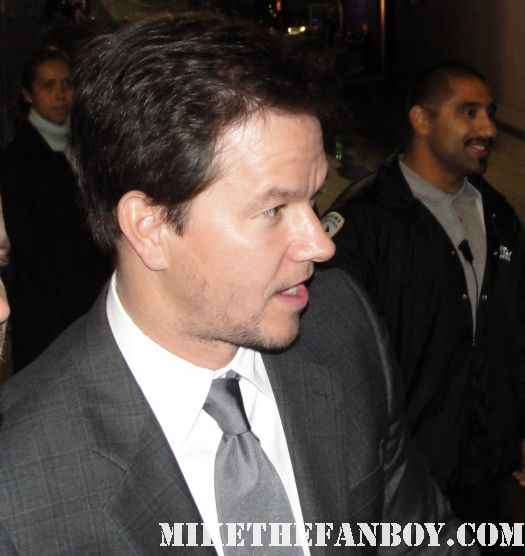 Mark Wahlberg grabs the silver pen and signs my second one! Yay… He then proceeds down the line, and stops to take a few photos. 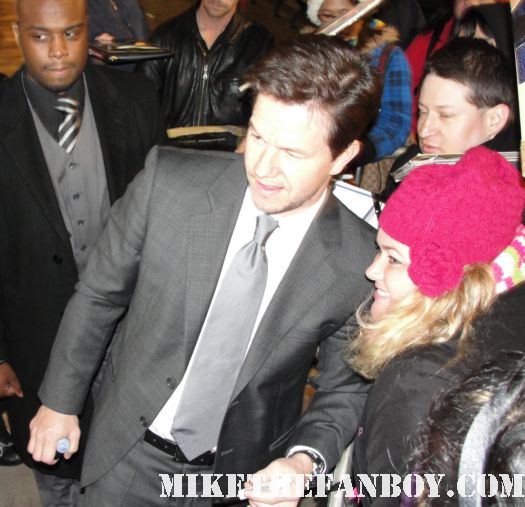 6:46 p.m. – I go to the other end and have my photo clipping out. I know a lot of people hate that photo but I like it, lol… He looks at it, cause it’s a strange thing to have probably, but then signs it. 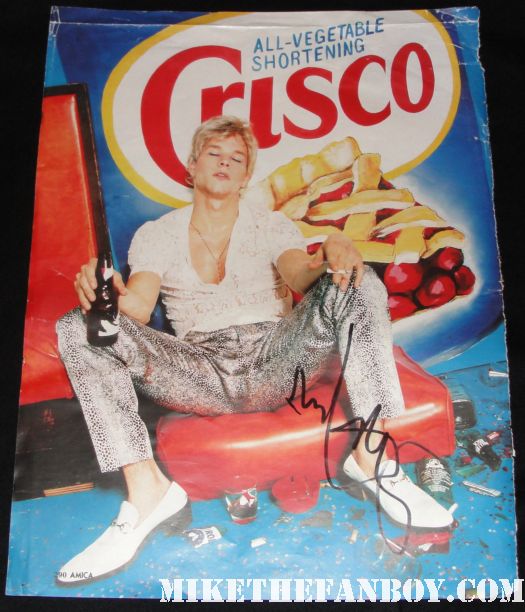 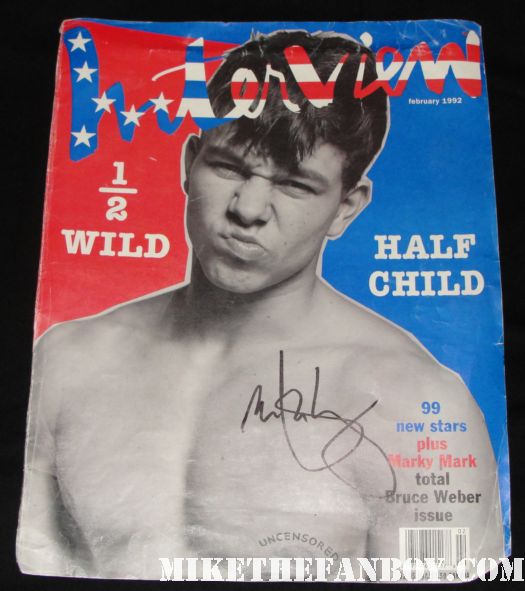 The funny thing is that Pinky asked for a photo and Mark asked another guy to take it. The other guy said no, and Mark looked at him and in the way only Mark Wahlberg can do it, said, “Take the photo.” Lol… I wish everyone was like Mark, I mean; he really is one of the coolest guys around! 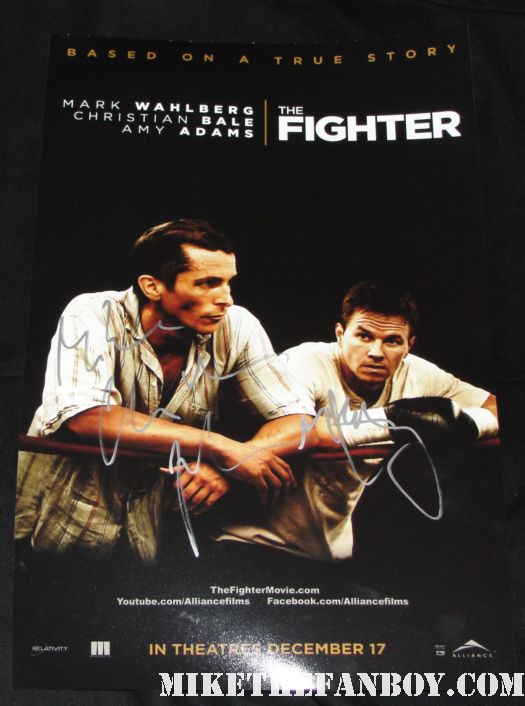 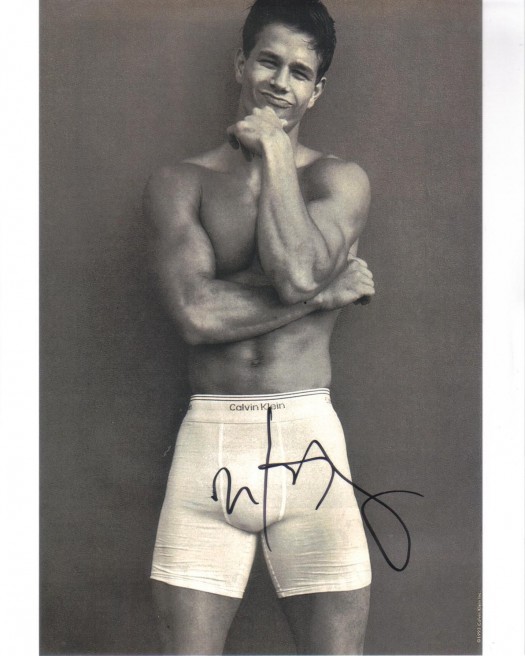