I was talking with a friend of mine about the film Fear the other day and it reminded me of this one day. I was able to get two of my favorites, Mark Wahlberg and Christina Ricci in one day. Both are really nice and came over to meet their fans, sign some autographs, etc…

It was fairly calm as far as I remember and thankfully I didn’t have to put much time into it.

Check out this weeks Throwback Thurs below!

There are events where you need to show up early and then there are events that you really don’t want to put much time into… But still want to go. Two of my favorites Mr. Marky Mark Wahlberg and Ms. Christina Ricci are both taping a talk show. Also on the show is Mila Kunis who I also enjoy. Mark and Mila are both promoting their new movie Ted while Christina is promoting Bel Ami her new movie.

Now, with three big names on the same show I figured it would be insane, but I wasn’t prepared for this… NUTS! There are over a hundred people here… Man… I’m like I’m not going to mess with the barricade so I’m heading over to the fence. Maybe I’ll get something, maybe I won’t. But at least I won’t be crushed.

7:03 p.m. – Man, It’s a tad… overwhelming. I guess Mark arrived and said he would sign on the way out. Christina and Mila ignored everyone… Damn… 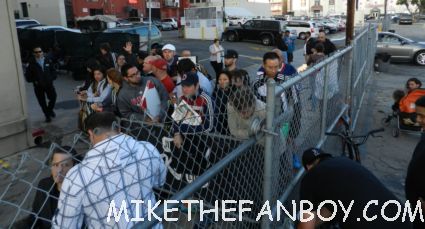 7:15 p.m. – I’m here with a few other guys I know. I wonder how the signatures will be in this madness if anyone comes over? I honestly think it’s Mila Kunis who brought most of the people out. 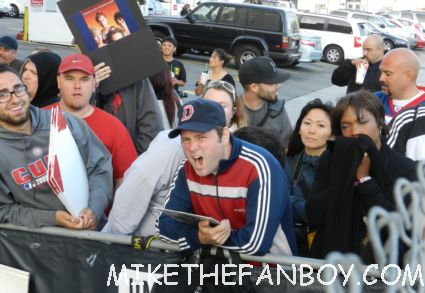 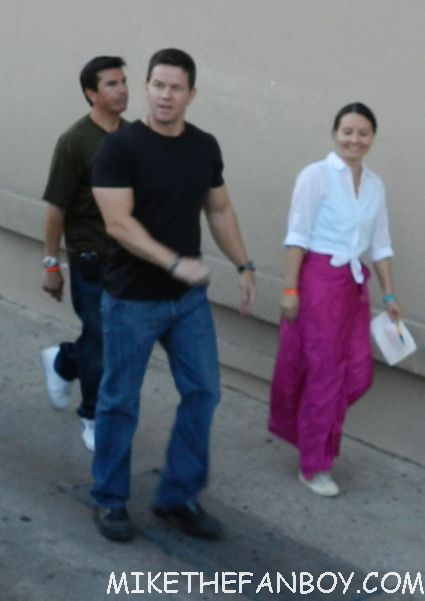 God he’s so nice to his fans. He’s heading to the side of the barricade and signs for everyone. 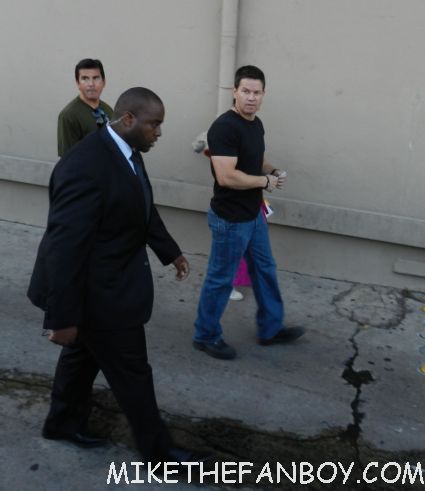 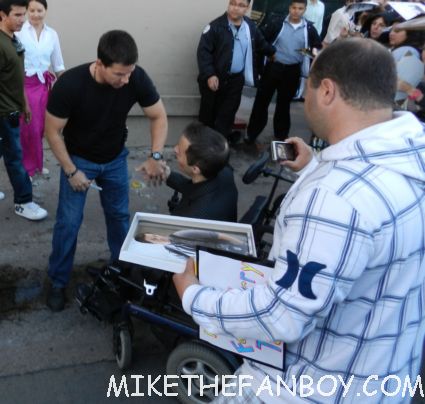 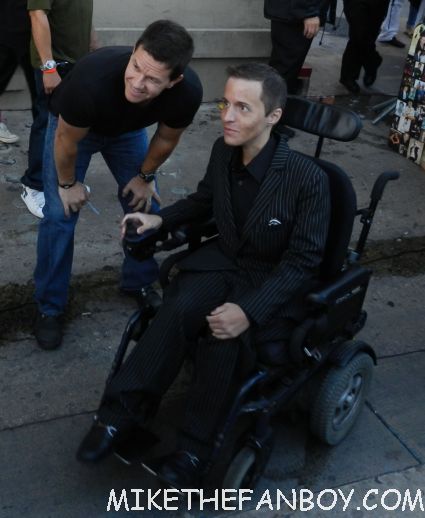 He’s moving fast but is making sure to get everyone.

Scotty has an original Calvin Klein ad and an Entertainment Weekly magazine cover to get signed. Mark is really trying to only do one per person but gets both of his items. 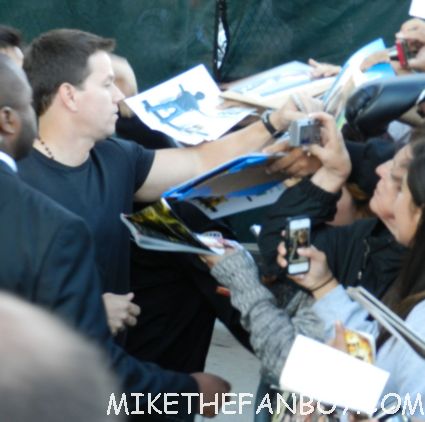 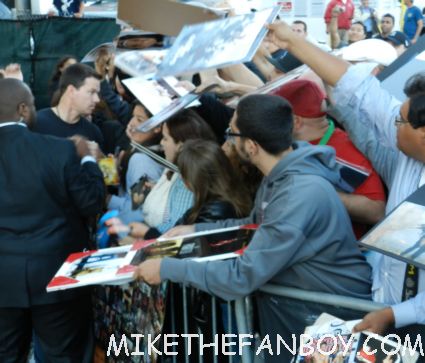 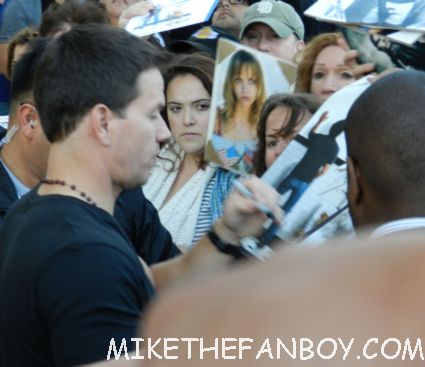 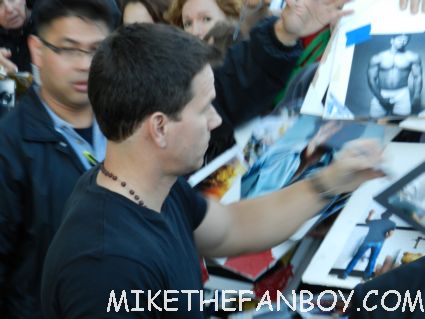 7:51 p.m. – Crap Mila Kunis is leaving. People yell for her and she doesn’t even look over. Damn, that’s really cold. I mean really cold. Not even a wave.

7:52 p.m. – Mark is moving to the fence now. I have my Three Kings and Ted mini posters out. Mark signed Ted and then Three Kings as he makes his way down the line. 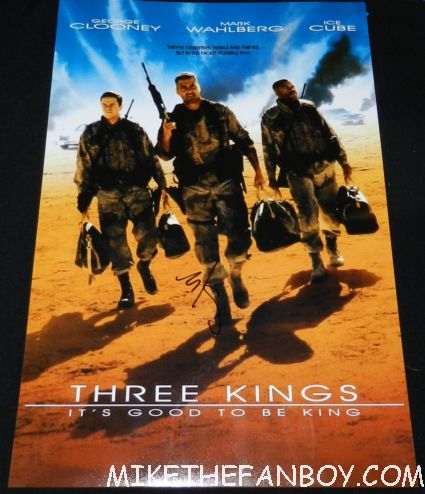 7:53 p.m. – Scotty is at the fence as well and I see him and take my Contraband mini poster and put it over the fence to get it signed. Mark signs that as well and then bounds to the car. 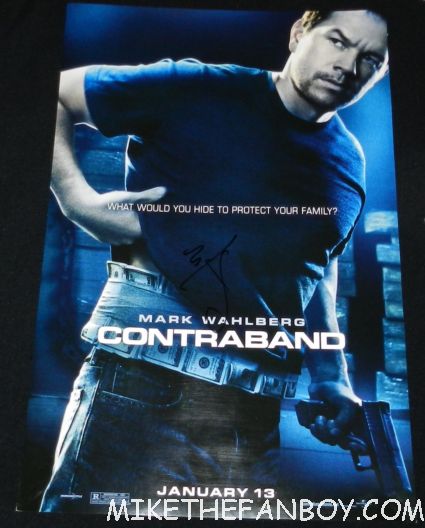 7:55 p.m. – These are literally the worst Mark Wahlberg autographs I have ever seen. And I mean that sincerely. they don’t even look like his normal signature. I mean if this is the way he’s signing now, it’s totally gone down hill. Kind of sad… It’s not his fault he was probably rushed… lol… seeing that crowd I think I would be. 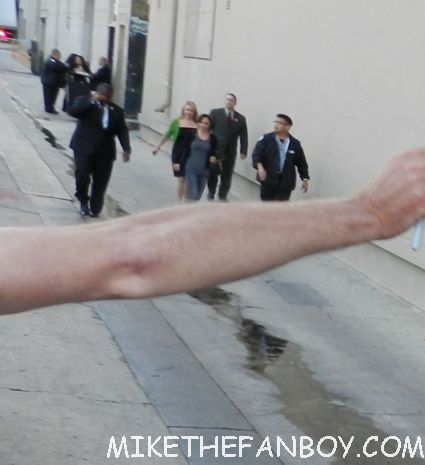 We are calling her over to the fence and Christina is signing up a storm. honestly, she is moving hyper fast and it looks like she is freaked out! The crowd is really aggressive and yelling and screaming at her. I think I would be scared too. lol… Christina signs my Flaunt magazine from 2001 and my Premiere magazine from 1999 and then heads to the barricade. 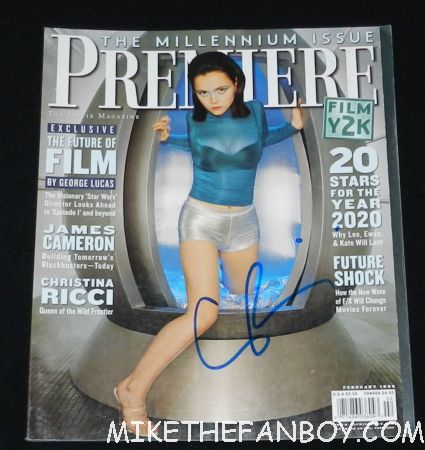 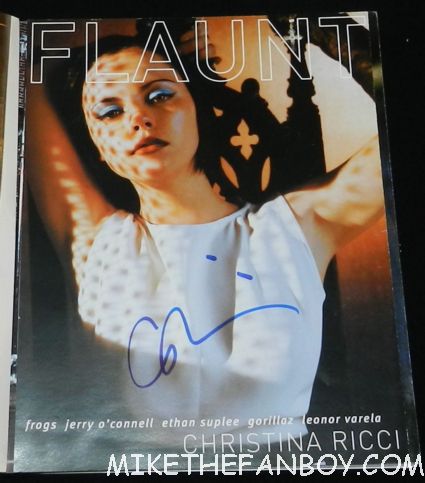 She signs for a man in a wheelchair and then signs three to four autographs and then just takes off. 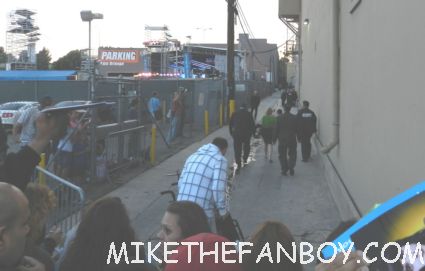 A lot of people were upset but I think they really freaked Christina out. These dealers get really aggressive and then then the celebrity gets overwhelmed and no one gets anything. If people would just calm it down I think everything would be better. Sigh. Ah well… I got two so I can’t complain but… It’s a bit of a bummer for those who were waiting. 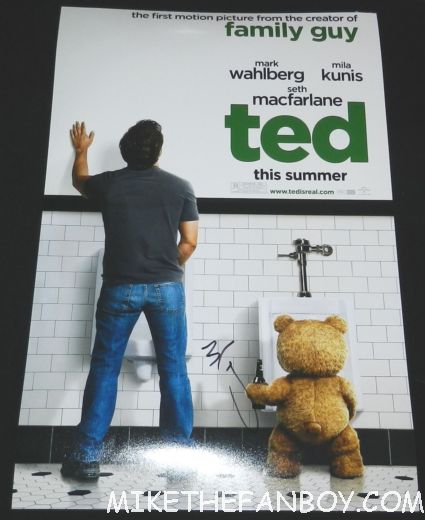