James always has awesome stories to tell! Today, he headed out to the BBC and met none other than Bllob Baggins himself, Mr. Martin Freeman! How awesome is that! Plus, he met a host of other celebrities as well.

Check out james site for more UK scoop and the rest of the recap below!

I went to the BBC on Thursday to try and meet Bridesmaids actress Kristen Wiig, but whilst on the train to town I saw a tweet saying astronaut Chris Hadfield would be at a Leicester Square based radio station later in the day. That became my priority!

Arrived at the BBC to find Kristen had used the service delivery garage to avoid signing. Second time I’ve been there for her, both times she’s used the garage, which rarely gets used other than for people that really don’t want to see their fans, which is a shame. Whilst there I spotted a car waiting with Chris’ name in the window, so I decided to wait by it (25 or so fans/paparazzi waiting for Kristen, not one recognised the name). Within 5 minutes he came out, and refused to sign for me as he “didn’t have time”.

Walked over to Leicester Square, and using the back streets rather than Regent Street I managed to beat the car. Chris arrived, and once again refused to sign my autograph book (still just me waiting). Decided to buy his book, An Astronaut’s Guide to Life on Earth at a nearby Waterstones, and went back to the studios. Chris left 25 minutes after arriving, and refused to sign again, until he realised I had his book, then he completely changed and happily signed my book, posed for a photo and had a quick chat. He’s a former Commander of the International Space Station, has flown on two Space Shuttle missions and was the first Canadian to walk in space, so was a pretty cool one to meet. 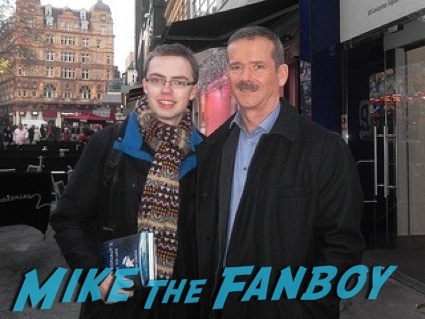 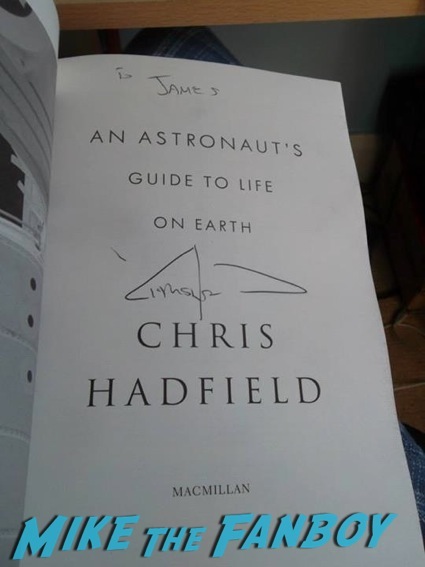 Headed back to the BBC to try and meet Karl Pilkington, the star of An Idiot Abroad and Derek. Out of the blue Martin Freeman arrived (along with about 10 PAs), and posed for a photo. It was just me and a friend waiting, so it was nice to get Martin in such a low key situation. When he left one of the PAs said he couldn’t stop (not that we wanted him to), and then at Radio 2 and ITV for the Graham Norton show he didn’t stop, so I think we were quite lucky. 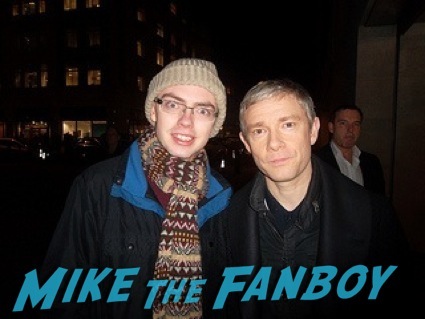 Karl left not too long after, and was great; he signed an index card with a mini self portrait, and posed for a photo. Had always heard good stories about him, so it was nice to finally meet him. 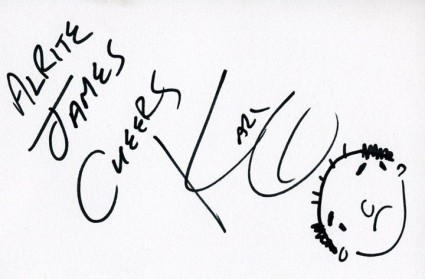 I headed back to the BBC on Friday morning for Una Stubbs and Monty Python’s Terry Jones. Both were lovely, and signed an index card each, and both posed for a photo too. Only 15 minutes of waiting, wish everything was as easy at that! 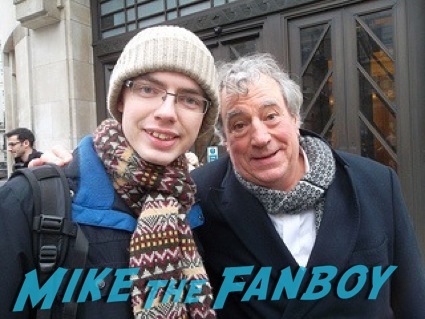 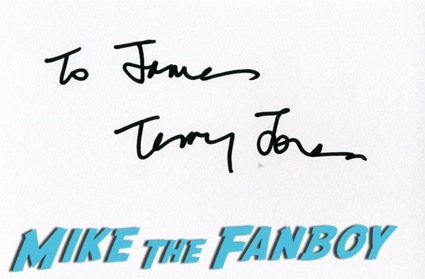 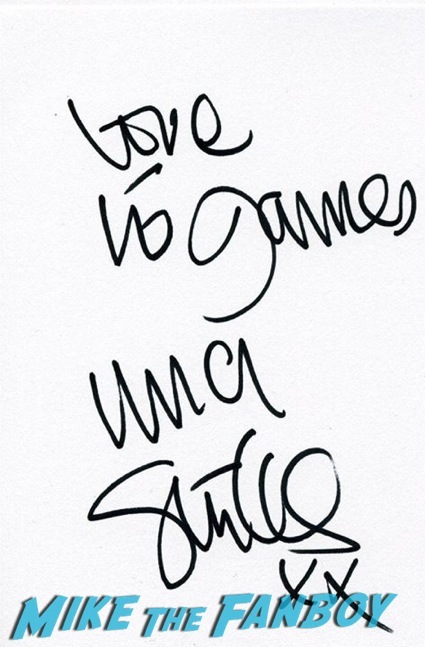 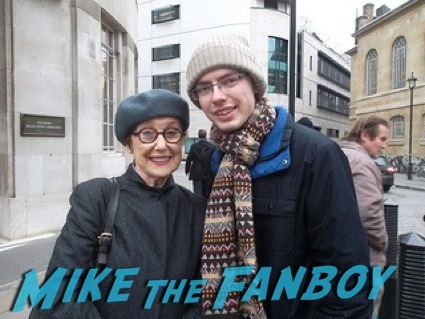